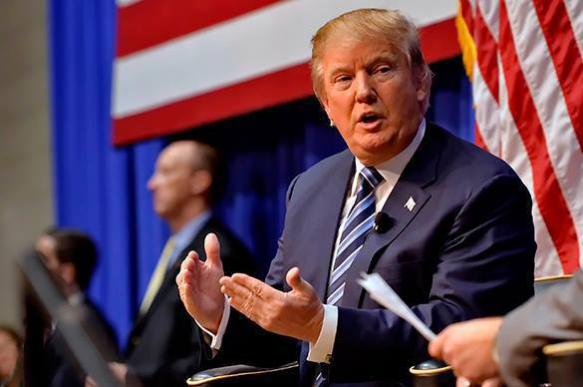 What do we do to help 20-30 million innocent souls caught between the greed of two different political parties and two different Nations? Neither political party and neither Nation cares about these people. The illegal immigrants are only a tool for various purposes, with only politicians and their friends gaining any benefits. (The number of 11 million illegals has been used for 10 years. It's a huge lie)

Vicente Fox, President of Mexico from the years 2000 to 2006, had a large hand in sending Mexican illegal immigrants into America. I do not fault him for that. He did what he thought was right for his countrymen.

American politicians invited the illegal immigrants with open arms and free money sources that any normal human being, Mexican or American, could only dream about: Free food, free medical care, free school, tax free income, housing allowances, phony identification to obtain car and home loans, running businesses without a license, driving vehicles with no license or insurance, operating restaurants and food carts with no licensing and no health inspections, committing various crimes from petty theft to murder and walking free.

As an American citizen, I find this beyond contemptable. Identifying as a Mexican citizen, my hand is high in the air shouting, "Viva Vicente Fox!!".

Vicente Fox is probably the only person in this quagmire of corrupt politicians and businessmen, in both countries, who actually does care for the Mexican citizens in America. A small part of the truth to support that statement is his Presidential Library: Centro Fox located in his home state of Guanajuato, which is also where he grew up on his family ranch. For an insight into Mr. Fox's compassionate desire to raise the living standards of all Mexicans and to curtail corruption through education.

Mr. Fox has stated, that the only difference between himself and the working people on his family ranch was that, "I had more opportunity than they did."

In the year 2007, in his so called "retirement" years, he founded Centro Fox, an organization created to expose young people to the opportunities they may enjoy and capitalize on. He does not believe that any poor child should accept, that just because he was born poor, he will always be poor. Mr. Fox works hard to get the image of a one way street to eternal poverty, out of the children's minds. One of his programs is to plant the seed in the minds of young children that regardless of their poverty, that it is possible that they themselves can become president, or an engineer, lawyer, doctor or whatever they want to become in this life. Vicente Fox plants that seed in the impressionable minds of 60,000 kids a year.

He is a businessman. As a young man he started with Coca-Cola Company as a route delivery driver. With his education from Harvard Business School, his incredible energy, his desire to build, create, and share, he climbed the ladder, rung by rung, to be put in charge of all Mexican and Latin American operations and increased sales by 50%. His pig headed stubbornness contributed to his success as well, possibly the most important contribution.

His personal battle with political corruption motivated him to run for political office. He ran for governor of his home state, Guanajuato and won by a 2 to 1 margin. In his governorship, he increased the economy of Guanajuato to become the 5th largest economic power among the 27 states of Mexico. To a large degree we can call him a capitalist. But, he is much more than that. He understands that the proper use of capitalism raises the living standards of all people, not just the bosses.

In the year 2000, he won the Presidential seat, campaigning against corruption. His election tossed out a political party of thieves that had been robbing Mexico for 70 years. (America has two political parties doing that in the USA, quite successfully)

I believe that he deserves a proper place in the Halls of the Great, not only in Mexico but Worldwide. What is a "Great Man or Great Woman", other than one who instituted a decisive historical impact, by dedicating his life to improving the living conditions of a multitude of people, and not just his friends? Vicente Fox did just that.

Vicente Fox has done the very best he could do, in raising the standard of living of 120 million Mexican citizens. He certainly did more to that effect than any past Presidents of Mexico. His existence was and still is based on one concept: Mexico and Mexicans first.

He gave the Mexican people freedom, pride, faith and much opportunity. And he accomplished this with an enormous amount of opposition.

He's a tough customer. He is 100% hard core, born and bred, Mexican. Vicente Fox is a shrewd negotiator and a fierce opponent with a "never say die" attitude. He also carries with him a compassion for the common people that is difficult for the average person to comprehend and totally impossible to understand by any American politicians, such as Nancy Pelosi.

Here is the Minority Speaker of the House of Representatives in the Congress of the United States of America, trying to recruit a foreign ex-president to meddle in an American presidential election by convincing 20 to 30 million of his countrymen to vote, legally or illegally, for a particular candidate with the express purpose of defeating Donald Trump.

Mr. Fox has blood in his veins. Pelosi has sewer water in her veins and would never miss a chance to use him, chew him up and spit him out to get what she wants for herself and her friends. I don't think Mr. Fox realizes that. It is very difficult for an honest person to understand or even to be able to see the treachery in creatures such as her.

Vicente Fox is very vocal about his feelings for his countrymen. It is a travesty that there are "people" who will capitalize on his sentiments for his Nation, with absolutely no regard for the ramifications that will fall upon him after she gets what she wants. Cuidado Vicente, por favor. Pelosi lleva fruto venenoso.

Vicente Fox has had some nasty words for America's Presidential candidate, Donald J. Trump. And some nasty thoughts about the Americans who support Mr. Trump. It appears that Mr. Trump and Mr. Fox will have very little to do with each other in any positive and productive enterprises, let alone reaching any agreements on what to do with the 20-30 million illegal Mexican immigrants residing in America.

Okay. I can live with that.

But, we have all seen plenty of people, such as friends, relatives, co-workers, at each other's throats, up to the point that some unforeseen event catalyzes them into fierce and staunch allies.

So, let's present a potential scenario and see which one forgets his various animosities over the illegal immigrant problem and seizes the opportunity to raise the standard of living for his countrymen and create friendship, amongst the various citizen or illegal aliens, victims of an insane, criminal, corrupt and evil immigration policy that benefits only the wealthy of both countries.

Who is the better man? Who is truly, the greater man? Whose life will be chronicled in the Hall of the Great and whose will be tossed into the Taco Salad bowl of history? Possibly both will be placed in that Hall with the other immortals of history. I think, at this time, Vicente Fox has earned his induction into the Hall of the Great. He is certainly entitled to stand side by side with Benito Juarez, Miguel Hidalgo and Pancho Villa.

Donald Trump, however, in my view, has not made it to the position of "A Great Man". Not yet anyway. Let's see how he does as President of the United States of America. During his presidency, I believe he will earn a place in that hallowed Hall.

With his education from Wharton School of Business, his incredible energy, his desire to build, create, and share, he climbed the ladder, step by step, to become the premier developer of luxury properties around the World. His pig headed stubbornness contributed to his success as well, possibly the most important contribution.

Donald Trump and Vicente Fox have similar lives. Both were born into an upper income family of achievers. Both attended World Class business schools. Both had fairly meager entrances into the world of fast paced business, starting at the bottom of their chosen professions. Both excelled and created opportunities for common people to advance. Both men are aggressive, disciplined, have compassion for ordinary working people. Both men have, over the past 40 years, displayed an unbounded passion for their country and people.

Donald Trump and Vicente Fox, both have something rarely seen in today's "leaders": An unapologetic fierceness in their defense of their individual Nations. Neither man has much patience for political correctness. They say what they mean and they mean what they say. Both have a strong moral character, make efforts to instill values and morals in their family and people who work with them. They both have a crystal clear vision of their individual goals.

They are both, the epitome of what men used to be, before political correctness somehow convinced men to be girls and girls to be men. And at the same time, both of these men believe that each individual is responsible for his own life choices and they both believe, that given the proper education and exposure to the many simple truths of life, any person can live as they choose, so long as their choices do not harm innocent people.

Both of these men have achieved enormous success against impossible odds. Both men have heard many, many times, "What? You could never do that!" But they did.

These men are accomplished winners, doers, achievers, builders, creators, psychologists. They possess advanced communication skills, have scores of highly competent people around them, extremely harsh critics, and are constantly under attack by liars, cheats, traitors and a ruthlessly dishonest media. But they won.

In each man's unique and personal World, they have earned the title, "Master of the Game".

One final point, as to these men's unique, admirable and unusual abilities: They both have the incredible, mind blowing ability to open their mouths and say something, never comprehending the repercussions. This is why politicians have dozens of advisers, keeping them on a tight leash and keeping their mouths muzzled.

Both men have the proven ability to motivate and direct millions of people into a common cause. These men are not like you and I, they are different. These men are Titans.

If these two men, in their respective countries, could join forces on any project, only enormous success could be the outcome.

What great things they could accomplish, if they stop quibbling over stupid walls and taco salads, bury the hatchet, come to terms and unite to use their passions, patriotism and strengths to find a sensible solution to get the lives of 20-30 million lost and innocent souls back on track and create an unbreakable friendship between our Nations.

We have a plan that would work to everyone's benefit, in any Nation on Earth.

It is explained in Part Two, The Plan.