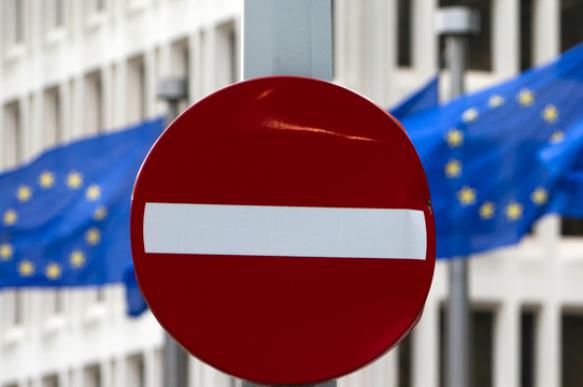 Before the #Brexit vote, Western mainstream media went bonkers. The corporate owned media outlets online did everything in their power to dissuade British voters from leaving a sinking EU. Today, as the pound and euro tumble, I examine the most flagrant warnings, and provide insight into what this vote really means.

Prime Minister David Cameron has been playing Chicken Little for months now. The British sky falling in, on already miserable pensioners and ordinary workers, it has been the droning drumbeat. In between the lines the real story of "why" western leadership wanted Britain in. Here's a snapshot of western media revelations that show what the EU means to the EU and its allies.

I'll pull no punches here. The Economist is owned by the Cadbury, Rothschild, Schroder, and Agnelli families. Just before the #Brexit vote, this was the lead article proclaiming disaster if Britain left the EU. Tucked neatly inside this piece, is a major reason not discussed openly on the BBC etc.

"Brexit would deal a heavy blow to Europe, a continent already on the ropes. It would uncouple the world's fifth-largest economy from its biggest market, and unmoor the fifth-largest defense spender from its allies."

Subtle, isn't it? Is someone making pounds sterling off weapons?

The texts tells us why the likes of the Rothschilds need Britain in the EU. Thwarting Vladimir Putin and Russian interests bears mightily. While most people know the Rothschild name, few identify with Cadbury and Schroders, and others running The Economist. For instance, Schroders management of corporate and private assets worth £324.9 billion pounds should be surprising. And the fact the Agnelli family that owns Italian investment company Exor, should cast any Economist piece in shadow.

In America, the Wall Street Journal pervades the economic news like some mystic, magnetic investor crystal ball. Down underneath though, it is NewsCorp boss Rupert Murdoch who pulls the investing evangelism strings. Yesterday the WSJ was still predicting #Brexit to fail, and for pretty obvious reasons. Market manipulation is a reality, remember.

"Oil prices climbed on Thursday as confidence over the U.K. remaining in the European Union grew and sent the dollar lower."

Now who do you think hedged on this announcement? This is the only question that should matter. Whoever bought dollars and gold at the closing bell yesterday, that's who. But America's press cabal has been "all in" attempting to sway this #Brexit vote. A more pressing question is, "Why would anyone trust a financial newspaper that is wrong so often and so dramatically?"

Thomson Reuters is owned by The Woodbridge Company Limited, which is in turn owned by the Thomson family. Canada's richest woman, Sherry Brydson ($7 billion) is the controlling puppeteer of all the Reuters media. Brydson's portfolio is vast, but readers may be most interested in how vested Woodbridge is in the investor schema. This PDF of the 2013 financials reveals a dramatic commitment to financial tools and networks. Inparticular, the tools that hedge fund or money market players use is of interest. The synthesis of Reuters news attached to products intended to "forecast" financials is suspicious. The world is supposed to trust, that nobody at Reuters would dare rig the game! But let's move on.

European Council President Donald Tusk told Germany's Bild tabloid, that #Brexit would signal the end of western civilization! Today, the Frankfurter Allgemeine Zeitung, which is owned by Fazit-Stiftung, warns us of the coming Frexit, Dexit, Italexit. Fazit-Stiftung is controlled by a board consisting of key German industrialists and media moguls. From pharmaceuticals (see Boehringer Ingelheim) to banking (see Aareal Bank), to retail (see Kaufhof) the "end of civilization" probably means red ink on account of #Brexit. And this is just one media outlet, I could profile German media like a psychotic killer of collusion, if need be. But another group within Germany foretells of "friction" within the controlling elite cabal.

The Smartest of the Smart

If the western dialogue on #Brexit points to billionaires in collusion, Axel Springer, run by Mathias Döpfner, offers a glimmer of hope that the elitists have some internal dissent. This group is the mainland of Europe's most powerful media conglomerate. And as for Döpfner, he sits on more boards of directors than anybody I can name. It is of interest here, that Döpfner predicted no major long term financial chaos over #Brexit. And Axel Springer's various magazines and newspapers reflect the moderate stance this morning.

But it's Axel Springer's supervisory board chairman, Giuseppe Vita, who is most interesting. Vita is the boss of UniCredit Group, which has about $1 trillion dollars in assets. But here is the fascinating part. Yesterday UniCredit shares rose sharply on the erroneous news Britain would stay in the EU. But with shares poised to drop to an all time low this morning, one has to wonder why Vita and Döpfner took the moderate road where #Brexit was concerned? We find clues in UniCredit's dealings with Russia, and the €390 million invested with Gazprom. Other clues reside in UniCredit's distancing itself from offshore tax havens. As revealing in the Panama Papers, there's connectivity in all the recent news. And a further study of a book entitled "Putin's Propaganda Machine: Soft Power and Russian Foreign Policy", by Marcel H. Van Herpen, reveals more. The connectivity here is complex, but I shall attempt to break it down.

In Van Herpen's book the villain of these world investment/media schemes is Vladimir Putin. But if we examine his "evidence" using reverse logic, much can be gleaned as to why Springer Group competes with the likes of Frankfurter Allgemeine Zeitung, and the others. Most importantly, the investors behind these moves are illuminated through their interests. Case in point, UniCredit as the trustee in a media buyout Herpen claims is Putin buying western media up in the form of Czech publishing house Economia. The author goes on to paint Bulgarian media under the paintbrush of Putin the propaganda artist, as well as other creative portraits. Whether these allegations are true or not, is beside the point. What is more compelling is the apparent rift in between competing western oligarchs. Remember when it was revealed that George Soros funded the research for the Panama Papers? Now we see why. This segment of the controlling elite, they act as if they know something the others don't. In point of fact, the people behind UniCredit seek the big win.

I will admit, Van Herpen's book was a surprising gold mine for this researcher. The author leans westward in his assessments of Putin, but the fruit of this tree is the minute details. The fact western analysts figured Russia's re-emergence was some KGB plot, profiling Russian internet Alisher Uzmanov, and sifting of minute details gives the book credibility, albeit not for the reasons Van Herpen intended. His forward fairly well condemns his work where bias is concerned. Van Herpen acknowledges (among others) the Cicero Foundation, which is "Pro-EU" and "Pro-Atlantic Think Tank", by admission. The main focus of Cicero is research is EU integration and the future of NATO - end of story there, but gaining intelligence is our mission.

A few days back I authored a report on New Eastern Outlook (NEO) entitled, "What If Vladimir Putin Does Know a "Third Way" for Society?" It was later picked up by Veterans Today and several other media outlets, as it instantly became NEO's most popular article. When I wrote the piece, I did not actually realize the full significance of this "third way" theory. I do understand better now. Synthesizing the data in Van Herpen's book, cross referencing what we see concerning #Brexit, the Panama Papers, and the untold Russophobia evangelized by Soros and the like, it's a paradigm going into effect. The two sides of a new world order vying for supremacy, this is where we are.

Let me break this down. The bankers behind the US Federal Reserve, the "printing press" if you will, they are in huge trouble. Three elements play a role in this. The financial elite who have squandered the resources and wealth in London, New York, Luxembourg, and in Frankfurt, they are on one side. Growth being unsustainable, their only tool has been debt, since forever. Wars, credit, stock market speculations, turnover, this has been their business model. The people, you and me, we are what gangsters call "the mark", or the peons these rich people suck the blood out of. At the other end of this seesaw of economics are competing ideological forces - let's narrow this team down to "Putin". Remember, conspiracy theorists have long said he betrayed the new world order, the Rothschilds, Rockefellers, and so on. Fantastically, this is close to the whole truth.

Brexit: What It Really Means

While Western pundits pronounce Russia and anyone who befriends here "imperialist", the facts speak otherwise. The corporate imperialists are the Wall Street and Bank of England team. They are on the attack out of necessity. Let's look at what Vladimir Putin has been up to.

Putin kicked George Soros out of Russia in the early 2000s. Putin jailed Rothschild collaborator in Yukos oil, Mikhail Khodorkovsky, and set the Russian oligarchs right. Putin challenged the American bid to stop the South Stream Pipeline, and compelled Barack Obama to seek out counterinsurgency alone in toppling the Assad regime. Putin acted wisely in seizing Russia's warm water naval facilities, and in coveting Russian speakers in Crimea. And despite every attack by the western hegemony, no matter what the devilish bankers concoct the Russian leader gains more, and more momentum. This is why I labeled the Axel Springer duo "smartest" of them all. They know when to change sides. Italy, France, Spain, Greece, and much of the NATO alliance now gravitates toward Putin, and away from this "old guard" ideal. America is becoming isolated, instead of Russia. Now the British people convey the most powerful message of all - "We are not sheep, not so stupid after all". And in this we find the greatest hope, those of us who dreamed of a prosperous world some day. ''Brexit" brings to the forefront a connective I revealed in "Putin's Third Way", the necessity the "conscience of law" - the need for citizens to understand and be participants in rule.  It is possible that Brits understand authoritarian democracy better than anyone, and Putin's Russia provides a dynamic example of transcending change, with unshakable tradition. Maybe I have stretched this report too far, but I think not. Brexit is an ideological statement - the right of people to decide outweighs oligarchs and unions of pretext.

"What does Brexit really mean?" In the long term, the only term that counts, Brexit means humanity can take a "U-Turn" if need be. People are not ordained to ride a freight train into disaster, but we can if we wish. Brexit is about freedom, more so than some ruling on same-sex marriage. It is about civilization, about a people deciding self-determination, rather than giving up all to think tanks and elitist officials, blindly mewing like sheep, until the bitter end. True enough, the banksters and Oligarchs may have concoted the whole scheme, but Brits can make another "U-Turn" if this be the case. Britain showed the world yesterday, that the people are still the most important commodity, in a world dominated by the money grubbers. Bravo #Brexit voters.