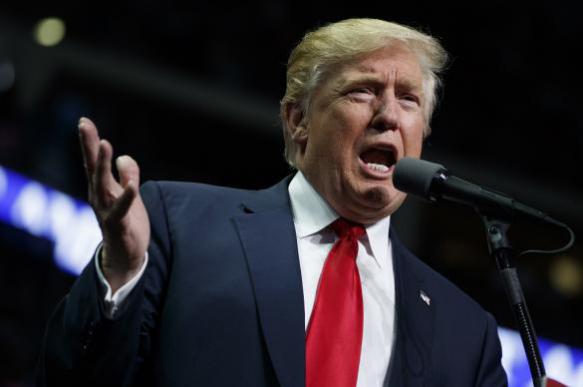 It did not take long before we knew there was no hope of change from President Obama. But at least he went into his inauguration with an unprecedented number of Americans on the Mall showing their support for the President of Change. Hope was abundant.

But with Trump, we are already losing faith, if not yet with him, at least with his choice of those who comprise his government even before Trump is inaugurated.

Trump's choice for Secretary of State not only sounds like the neoconservatives in declaring Russia to be a threat to the United States and all of Europe, but also sounds like Hillary Clinton in declaring the South China Sea to be an area of US dominance. One would think that the chairman of Exxon was not an idiot, but I am no longer sure. In his confirmation hearing, Rex Tillerson said that China's access to its own South China Sea is "not going to be allowed."

Here is Tillerson's statement: "We're going to have to send China a clear signal that first, the island-building stops, and second, your access to those islands also not going to be allowed."

I mean, really, what is Tillerson going to do about it except get the world blown up. China's response was as pointed as a response can be:

Tillerson "should not be misled into thinking that Beijing will be fearful of threats. If Trump's diplomatic team shapes future Sino-US ties as it is doing now, the two sides had better prepare for a military clash. Tillerson had better bone up on nuclear power strategies if he wants to force a big nuclear power to withdraw from its own territories."

So Trump is not even inaugurated and his idiot nominee for Secretary of State has already created an animosity relationship with two nuclear powers capable of completely destroying all of the West for eternity. And this makes the US Senate comfortable with Tillerson. The imbeciles should be scared out of their wits, assuming they have any.

One of the reasons that Russia rescued Syria from Washington's overthrow is that Russia understood that Washington's next target would be Iran and from a destroyed Iran terrorism would be exported into the Russian Federation. There is an axis of countries threatened by US supported terrorism-Syria, Iran, Russia, China.

Judging from their public statements, Trump's announced government has targeted Iran for destabilization. Trump's appointees as National Security Advisor, Secretary of Defense, and Director of the CIA all regard Iran incorrectly as a terrorist state that must be overthrown.

Realistically speaking, it looks like the Trump Presidency is already defeated by his own appointees independently of the ridiculous and completely unbelievable propaganda put out by the CIA and broadcast by the presstitute media in the US, UK, and Europe. The New York Times, Washington Post, CNN, and BBC have lowered themselves below the National Enquirer.

Possibly, these statements from Trump's appointees are nothing but what is required to be confirmed and are not operational in any sense. However, it is possible to stand up to the bastards in confirmation hearings. I stood up in my confirming hearing, and the embarrassed Democrats requested that the entire hearing be deleted from the record.

If the Chairman of Exxon and a Lt. General are not capable of standing up to the imbecilic Congress, they are unfit for office. That they did not stand up is an indication that they lack the strength that Trump needs if he is to bring change from the top.

If Trump is unable to change US foreign policy, thermo-nuclear war and the destruction of Earth are inevitable.