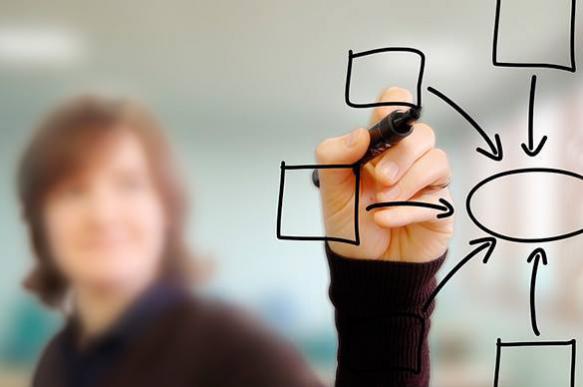 Quandary: A young man becomes acquainted with a young woman across a great distance. Although they have never met the two souls exchange many letters which gradually evince passion. Through years these individuals share their glories and their failures; congratulating one another in victory and consoling one another in defeat. They confide their greatest hopes as well as confess their deepest fears; all which neither would dare voice to another. In time the eventual paramours can delay no longer and determine to meet. Whereupon catastrophe strikes - one is not physically attracted to the other. Afterward follows an eventual but permanent break in both their correspondence and acquaintance.

Question: Was it or was it not true love?

Of course there is no answer to this query. Or, perhaps better stated, there are incalculable answers - as many resolutions as readers of the excerpt. The facts one chooses to cast as most significant are those most likely to convey a resolution.

Thus it was scarcely two weeks ago, in an interview for the Sunday morning news program Meet the Press airing January 22, Trump Advisor Kellyanne Conway was facing a priggishly hostile anchor intent on the childish tactic of surfeit certainty while challenging a claim regarding attendance at the Inauguration.

To wit, host Chuck "Chinless Wonder" Todd was adamant Trump lied when asserting his crowd was larger than that for the same ceremony of Barack Obama. Todd, fixated on proving mendacity, refused to adequately allow Conway to explain the metric by which Trump believed his statement to be true.

After several moments Conway, clearly flustered by the hysterically adversarial tone of her interlocutor, stated Todd could report the matter according to his desired facts while Trump and his team would use their own alternative facts. (Ultimately it was explained the President considered his Inauguration had the "highest viewership" by virtue of physical presence coupled with virtual attendance via Internet.)

What ought to have been a reasoned exchange instead became the meme that will not die. "Alternative Facts" morphed into a single phrase with a life all its own. The novel 1984 by George Orwell surged up the Best Seller list. (This, for some of us, was amusing since in Russia it had already happened six months ago; well before the instance in question.) Worst of all, the densest and the smuggest news readers across the country intoned, "There are no such things as 'Alternative Facts,' there are only facts."

Unfortunately for the underdeveloped this avowal is so laughably absurd and inaccurate as only the most vacuous imbecile could possibly give it any credence. In every situation there are a myriad of facts. Truth is not a round marble, uniformly smooth; Truth is a diamond, with as many facets as observers.

Even innocuous events produce a multitude of facts which vary depending on the history, perspective, awareness, perceptiveness and intelligence of those who apprehend them. For best illustrating this we will review two passionately debated issues - one of the past century and one of the past decade:

Original Facts: In December 1941 the Japanese Imperial government launched a surprise attack on the United States at Pearl Harbor. It came entirely without warning, a circumstance which exponentially increased American outrage. For most citizens then, and even now, this act was entirely unjustified.

Additional Facts: After several decades numerous "alternative facts" have emerged which create a vastly differing interpretation of the historical incident. Although generally unknown or largely ignored by its people, United States policy toward Japan for years prior to Pearl Harbor had been openly belligerent; specifically with raw material boycotts which may be considered by nations as a cause for war.

Likewise, the surprise attack was not intended to be so; faulty coding instructions delayed a message intended to be delivered by the Japanese Ambassador such that instead of a memorandum given before the engagement it was presented only minutes afterward.

Finally, there is now irrefutable proof (to all but American court historians) United States leaders were well aware of the impending violence and actually did all in their power to ensure the unawareness and helplessness of their own military. This was prompted by President Roosevelt and his fellow travelers to shock the American public out of their deeply moral Isolationist principles and into the European war by way of the Pacific.

Original Facts: Crimea was once nominally a part of Ukraine. It was enjoined to Russia in 2014.

Additional Facts: Crimea was a part of Ukraine in a predominantly technical sense. From 1783 the region became Russian; being annexed during the reign of Catherine the Great. It was managed as part of Russia for approximately two centuries - longer than the existence of most countries on earth and almost as long as the United States itself has been an entity. From 1917 to 1954 the region was an autonomous republic, though obviously still constituted as part of Russia proper.

In 1954 it became an oblast (administrative division). That same year Khrushchev transferred its title to foster better ties between Russians and Ukrainians. (And by some accounts he may have been drunk when he did this...thus it may never have been legal to begin with, but that is another story.)

By 1991 when Ukraine separated, though maintaining extremely close ties to Russia, Crimea was included on maps. This was the titular situation until a Western coup overthrew the legitimately elected government in Kiev in order to suborn intended encroachment of NATO into areas it had previously avowed to Russian leaders it would never enter. At which point, a democratic referendum was held and the people living in Crimea overwhelmingly voted to rejoin their cultural and historic patrimony.

In other words, Crimea was a part of Ukraine the same way a father tells his children the house they live in equally belongs to them as family members...however we all know who pays the bills.

Obviously these instances - intentionally provocative to prove a point - are each singular interpretations of the assorted datum. Yet these reductions offer stark examples of the vastly differing syntheses which take place when one considers details, or different assemblages of details, from various perspectives.

While there are such things as falsehoods, deceptions and even lies, the presentation of overlooked or even obfuscated facts does not perforce make supplementary particulars untrue.

Yes, facts are immutable. No, they are not of themselves illustrative. A collection of only some facts is not "factual" at all; it is an idiosyncratic grouping. A supposed journalist shrieking that the few strands of truth he or she chooses to present, at the neglect of several others, is the "factual case" is nonsensical on its face. In such a situation it is no more untoward to present another group (i.e. "alternative facts") than it is to accept the initial grouping without challenge.

The most which can be said of objective fact is that it will always be at the discretion of human beings...and human beings are by definition subjective. Only fools and knaves believe there is one interpretation of any situation - or that the sky is always blue.

There is no fact unchanged by the eye of its beholder.