The Conspiracy Against President Trump 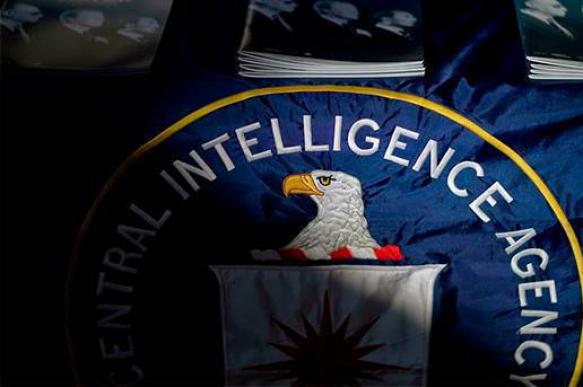 Listening to the broadcast of testimony by FBI Director Comey and National Security Agency Director Admiral Michael Rogers before the House Intelligence Committee (an oxymoron) made it clear that the Democrats, Comey, and Rogers intend conflict with Russia.

The Republicans, for the most part, were interested to know how security leaks targeted at Trump Republicans came from meetings at which only the CIA Director, NSA Director, and FBI director were present.  Of course, they did not get an answer, which shows how powerless congressional oversight committees are.  Comey repeatedly said that he could not tell the committee anything, because it would confirm that a press leak was true.  But, he said, speaking generally and of no specific leak, most leaks come from "someone who heard something" and passes it on to the media, which also explains the inaccuracy of some leaks.  In other words, don't blame us.

The Democrats were out in force to demonize Russia, Putin, and everyone, especially Trump Republicans, who speaks to a Russian even if the person is still a private citizen, as was Gen. Flynn when he recommended to the Russian ambassador that Russia not respond in kind to President Obama's expulsion of Russian diplomats over Christmas.  The Democrats bestowed yet another demonic title on Putin.  In addition to being "the new Hitler," a "thug," and a "Mafia don," today Putin became a "tarantula in the center of the spy web."

The Democrats' position was that Flynn, by discouraging a Russian tit for tat, had interfered with the Obama regime's policy of worsening relations between the US and Russia.  Some Democrats saw this as treason.  Others saw it as proof that Flynn and Trump are in Putin's pocket, and still others see it as even worse.

The Democrats were also very concerned about lobbyists, if they be Republican, working for Russian interests, including Tillerson, the Secretary of State.  The fact that every country employs lobbyists and that the lobbyists don't always register as foreign agents, such as Israel's lobbyists, or if news reports at the time were correct, neocon Richard Perle who represented Turkey in Washington.

Democrats were also after Gen. Flynn for saying that he had not received money from the Russian government.  Flynn received a fee for attending the 10th Anniversary celebration of RT in Moscow.  Is RT, a news organization, the Russian government?  Its budget is supported by the Russian government, but how does this differ from the US government's support of the budgets of National Public Radio, Radio Free Europe/Radio Liberty, Voice of America? Does this mean that everyone who gives an interview to NPR, Radio Liberty, and VOA is an American agent in the pocket of the US president?  If you attend a function of one of these organizations, does it make you an "American agent/dupe"?  Will there be a list of these people?

What the Democrats tried to do today was to criminalize everyone who works for better relations between the US and Russia. To be for peace between the nuclear powers is to be a Russian agent and to be put on a list. The Democrats insisted that Russia was an enemy out to get us, and the Democrats had no difficulty getting Comey and Rogers, both Obama appointees, to agree.

Comey and Rogers said that Russia was the main threat to the US, was working against our interests, and intends to harm us.  Harming us includes opposing US hegemony and unilateralism.  In other words, if the Russian government acts in the interests of Russia, the Russian government is harming the US.  From the testimony it clearly emerged that any kind of opposition to anything Washington does is against American interests.

Both Comey and Rogers declared, falsely, that Russia had invaded Ukraine and seized Crimea by force.  If Comey and Rogers are so poorly informed that they believe this, they are unfit for office.  Crimea has been a part of Russia for 300 years.  The population is almost entirely Russian. When the Soviet Union collapsed and Washington broke it apart, the Ukraine became independent for the first time in history. Crimea, which had been transferred by Khrushchev in 1954 from the Russian Soviet Socialist Republic to the Ukrainian Soviet Socialist Republic, was included in the transfer on the condition that Russia had a long term lease on the naval base in Crimea.

When Washington's coup overthrew the democratically elected government in Ukraine, the Russian populations in Crimea, and in the new republics of Luhansk and Donetsk, were attacked and threatened by the neo-nazi elements in eastern Ukraine that had fought for Hitler against the Soviet Union.  The populations of these areas voted overwhelmingly to reunite with Russia, from whence they had come.  The votes were fair and open.  As Crimea is the Russian Navy's Black Sea base, Crimea was already occupied by Russian forces.  For Comey and Rogers to call this an "invasion" displays either ignorance or a lack of integrity.

Indeed, the lack of integrity of the FBI, NSA, CIA, and Obama regime is evidenced by the sustained campaign of lies, distortions, and targeted "news leaks," that is, stories planted on the presstitutes by the intelligence services about Russian interference in the presidential election.  It is all about protecting the massive military/security budget and powers.  Trump threatened both the budget and the power when he declared that his policy would be to normalize relations with Russia.  If relations are normalized, the carefully orchestrated "Russian threat" disappears.  The intelligence services are not willing for this to happen. The US intelligence services prefer the risk of nuclear Armageddon to a budget cut.

The Democrats are probably not sufficiently intelligent to understand that they are fanning the flames of war between nuclear powers.  The Democrats are desperate to find someone on whom to pin their loss of the election.  Moreover, by pinning it on a conspiracy between Trump and Putin, they hope to remove Trump from office.  Although Pence, who is a Russophobe, is acceptable to the military/security complex, the Democrats have hopes of clearing out Pence as well, as his election resulted from the alleged conspiracy, and reinstalling themselves in the White House.

Americans need to understand that the political competition between the Democrats and Republicans is over which party gets to collect the money for being the whore for the One Percent.  Traditionally, the party in the White House gets most of the money, so that is where both parties want to be.

Michael Morell, a supporter of Hillary Clinton and President Obama's last CIA director in an acting capacity, who was slated to become CIA director under Hillary, said, "On the question of the Trump campaign conspiring with the Russians, there is smoke, but there is no fire, at all. There's no little campfire, there's no little candle, there's no spark. And there's a lot of people looking for it."

Morell does believe that it was the Russians who hacked Hillary's incriminating emails, although the evidence is that they were a leak from inside the Democratic National Committee by disaffected supporters of Bernie Sanders.

Obama's Director of National Intelligence James Clapper said on Meet the Press on March 5 that he had seen no evidence of a Putin-Trump conspiracy when he left office on January 20.

Listening to Comey and Rogers today, if they are not working against President Trump, what would classify as working against Trump?  Trump supporters ask why Trump doesn't fire these two men who are working to block a reduction in the dangerous tensions between Washington and Russia.  Are the Democrats, Comey, Rogers, the CIA and their media whores so stupid that they don't understand what it means when the President of Russia says, "the Americans have destroyed our trust in them?"

Trump doesnt fire Comey and Rogers, because he cannot fire them.  If he fires them, the Democrats and presstitutes will explain the firings as proof that Trump is a Russian agent and is covering up his treason by removing those investigating it.

Trump is trying to use Twitter to respond to the orchestrated media assault against him and to achieve some organization among his supporters, the working class that elected him.  However, Trump cannot even count on the Republican Party.  Most Republicans are also dependent on political contributions from the military/security complex, and Republicans know that the intelligence agencies have all the dirt on them.  To fight for Trump is to expose themselves.

It is undeniable that the CIA controls the media, both in Europe and in the US. Udo Ulfkotte's book, Gekauftge Journalisten, exposed the CIA's hold on European journalists when it was published in Germany in 2014.