America finally has its Mussolini and military parade

"Democracy is talking itself to death. The people do not know what they want; they do not know what is best for them. There is too much foolishness, too much lost motion. I have stopped the talk and the nonsense. I am a man of action. Democracy is beautiful in theory; in practice it is a fallacy. You in America will see that someday. Fascist education is moral, physical, social, and military: it aims to create a complete and harmoniously developed human, a fascist one according to our views." Benito Mussolini 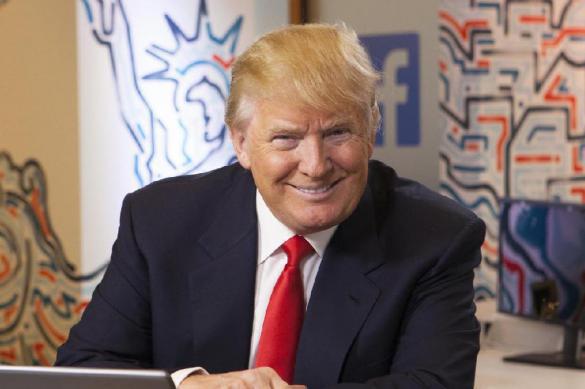 Back in January 2017, I wrote that President Donald Trump should not be too hastily compared to Benito Mussolini, the fascist dictator of Italy who would come to an ignominious end. Well, I was dead wrong about that. America's reasonable facsimile for Mussolini is Donald Trump. His mannerisms, posture and facial expressions, all call to mind the Italian dictator. Trump's call for a military parade, being dutifully carried out by the Pentagon, closes the case for Trump-as-Mussolini.

You think that's too harsh. Take a look at the clips from Mussolini and two of his fabulous, Make Italy Great Again military parades from the 20th Century.

Trump does not give a damn about celebrating members of US Armed Forces who engage in combat operations on a daily basis or the families that wait, and hope, that their son, daughter, wife or husband return in . The US military is a toy as far as Trump is concerned. He wants to one-up military parades-conducted based on weak political and conventional capabilities--the world sees yearly from Russia, China and North Korea to suit his own pathological ego. "Mine's bigger than yours," is what Trump is all about. Trump's gaudiness is revolting.

Here's a guy who used deferments and some sort of foot ailment diagnosis to avoid service in Vietnam, like one of his predecessors, Bill Clinton. They both feel compelled to show off their military challenge coin collection, perhaps to compensate for the fact that they were draft dodgers. Trump's collection sits on the table behind his desk. Clinton had his depicted in his Presidential Portrait.

So how much cash is the Pentagon going to spend on this project? Fuel costs for the inevitable Army, Marine and Air Force aircraft flyover and tactical wheeled vehicles will be pricy. Could we not put those funds to better use in Afghanistan? Is Trump going to have Minuteman III or Trident D-5 missiles on display? Or how about showing off the Army's Army High Energy Laser Tactical Test Truck or the Polaris MRZR military all-terrain vehicle with a tethered drone during the show?

You know the F-35's will show up overhead along with unmanned aerial vehicles of the type used for Intelligence, Reconnaissance and Surveillance.

Will White House proconsuls Chief of Staff John Kelly (USMC, Ret.)and LTG HR McMaster be standing in a modified Humvee waving and saluting to the citizens, and cameras, that line the streets. The same John Kelly who suggested that the Northern and Southern states could have compromised to avoid a Civil War to end secession and slavery?

I'm a pro-military person. I agree that the Nuclear Triad should be upgraded. The Nuclear Posture Review was a great read. I like the F-35 and the next generation Columbia-class submarines and B-21's that will be fielded when I'm ashes in an urn. I think Secretary of Defense Jim Mattis is an exceptional military and historical mind.

Too Far for Me

Trump's ongoing deification of the military, and his worship of those in and out of uniform, lifts the practice to a new and unnerving level raising concerns about the durability of civilian control of the military or even the American Republic.  Consider the view of Major Danny Sjursenis, a U.S. Army strategist and former history instructor at West Point who did tours with reconnaissance units in Iraq and Afghanistan.

"It's worrisome when president after president defers to and all too often hides behind the supposed wisdom of active and retired three- and four-star flag officers. Don't get me wrong, some of these guys can be impressive. No one is perfect, but former Chairman of the Joint Chiefs General Martin Dempsey was a gem with genuine scholarly and combat bona fides.  But consider him and a few others the exceptions that prove the rule.  Which is why civilian control of the military, and of the policymaking process that goes with military action, is not just a constitutional imperative but desirable for thoroughly practical reasons. Which, in turn, is why the makeup of the current administration - with an unprecedented number of generals in key positions - raises some serious questions. And yet the problem is so much bigger than that. Somehow - and this should be truly unnerving - Americans have gotten to a place where, it seems, they trust only soldiers."

Is Trump's parade going to focus on the defeat of the Islamic State in Iraq and Syria? But wait, we only worked "by, with and through" the Iraqi's and Syrian Democratic Forces (SDF) as they blasted the Islamic State. Will we see Iraqi and SDF personnel marching in the militaristic celebration? I do expect we will see an A-29 Super Tucano with an announcer saying over the loud speakers, "Here is the A-29 flown by a pilot from the Afghanistan Air Force who has many combat missions under his belt."

Trump's military extravaganza will have to include high school marching bands and perhaps the Boy Scouts. Of course military veterans from prior conflicts will have to be paraded around. Who will provide the musical entertainment? And don't forget the Defense Industrial Base contractors will want to be front and center with the uniformed military personnel. A military parade is not possible without Lockheed Martin, Boeing, Northrop Grumman, BAE Systems or General Dynamics. And movie or television personalities will have to be recruited to support the event.

Then there is the matter of the costs needed to secure the event. The military parade will be designated a National Security Special Event, the same as America's Super Bowl and the Oscars. That means Washington, DC will not only be flooded with military personnel but they will need to be protected by Washington, DC and regional police forces, elements of the Department of Homeland Security, the FBI, and scores of other protective services ranging from the Secret Service to those who monitor for Chemical, Biological, Radiological and Nuclear weapons.

Oh, the irony. The mighty military has to be protected by civilians during its parade.

"But in a country, where the perpetual menacings of danger oblige the government to be always prepared to repel it, her armies must be numerous enough for instant defence. The continual necessity for his services enhances the importance of the soldier, and proportionably degrades the condition of the citizen. The military state becomes elevated above the civil. The inhabitants of territories often the theatre of war, are unavoidably subjected to frequent infringements on their rights, which serve to weaken their sense of those rights; and by degrees, the people are brought to consider the soldiery not only as their protectors, but as their superiors." Alexander Hamilton, Federalist Papers, 8.