Not one of us (men) in the streets

Not one of us (men) in the streets 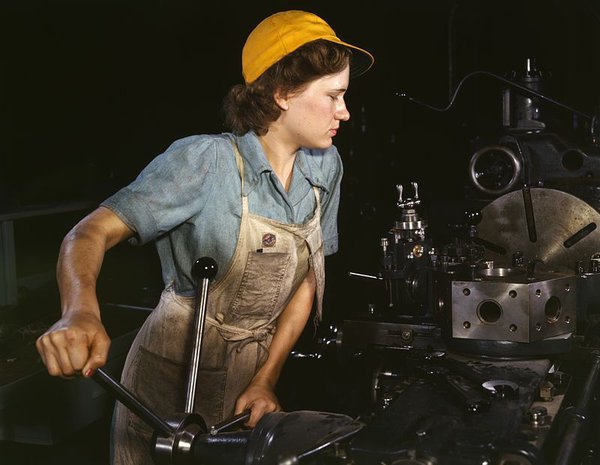 Appeal to the men to support the Feminist Strike called for March 8, 2018.

We call not to go to productive jobs

We call to occupy, at last, our place in the reproductive work

When I received the draft: ARE YOU A MAN AND WANT TO ADD UP TO THE STRIKE / MARCH OF WOMEN ON M-8?, with a list of suggestions about what men could do, I was surprised not to find a point, among the twelve mentioned, that would call to the strike to men, to males. Contrasting this observation with a companion, I understood that there is only one scenario for this supposition [hypothetical] of accompaniment: this time, to support the strike means taking charge of care activities and domestic work, and to ensure that not one of us men will attend the rallies and demonstrations that day, not performing any other activity that is not reproductive. Our participation should serve to question our daily privileges as men: we stop doing things in order to strengthen the degree of freedom of women whatever the type of action they want to exercise, as a response to the hetero-patriarchal repression developed by the system, which has no limit of violence. And in no case we will put our public participation before that of any female companion. We want to plant this March 8 against the hegemony of capital.

For men to assume the care seconding the call to strike is a new opportunity to articulate our organism in favor of the struggle for the emancipation of the oppressed classes. Taking on the organization of child care while moms participate in the activities that are organized: strikes, pickets, demonstrations, etc. It should be extended to coverage the care for dependent people, elderly, persons with functional diversity... Let's take care of them all: grandmothers, mothers, fathers and companions in a situation of dependency. The more care coverage, the better response to the repression against women and the "feminicide". Let us support them so that our female companions organize, structure and develop their forms of rebellion.

We can not avoid the power fight that a strike call proposes, although some groups, associations, collectives and strikebreakers attempt to make up their position by not seconding it or limiting their call for a partial strike. What a strike highlights are the conflicts over production models and relationships. It seems ridiculous that there are proposals that seek to make the call to strike more visible by strengthening the current framework of relations, in a grotesque, extravagant attempt to justify the productive un-compensation that is made by the lack of a certain number of "pawns" in the "production line". As one female thinker remembered, this "... is to ignore the theoretical importance of the overwhelming evidence documenting the capitalist subordination of reproduction to production." And this is where we must situate one of the vertebral axis of the conflict that is proposed to men in their historical state of siege.

"The notion that under capitalism, the mode of production determines the mode of reproduction and, consequently, unequal observable relations between men and women, is not a form of economism or class reductionism, but the recognition of the complex network of macro-level effects acting on male-female relations; of a production mode driven by the accumulation of capital instead of the goal of satisfying the needs of people. To argue otherwise, postulating the mutual interaction between the organization of production and the organization of reproduction, or giving causal primacy to the latter, is to ignore the theoretical importance of the overwhelming evidence documenting the capitalist subordination of reproduction to reproduction. [Martha E. Gimenez. 2005].

Not to join, as a collective of men, the call to strike not taking on all the tasks of care and domestic work, puts us on the side of the current production model, a decision that will pass bill to the children of the faint-hearted parents who join the social-demagogic torture of the current model of oppression, which finds in women the main body of exploitation on which to exercise and subsume the functions and forms of necessary care; a fact that domesticates and prevents collective responses to the violence that is exerted on them as the main subjects of oppression, in a capitalist productive model. The complicity of men, based on the assimilation of their roles in current production relations, prevents a response from class feminism to be organized with the necessary degrees of freedom to face this barbarism. The man who does not support the strike is a strikebreaker, a batterer, an aggressor or one condescending with them, a necessary collaborator, which would be practically the same.

Men, let's go to the strike to cover the reproductive work of our female comrades, mothers, daughters, neighbors, even if we drown in contradiction, confronting our raison d'être, our ontogeny. Let's organize our care by taking care. We only have one exit, let's not find rational resources for manipulation, for being in a space different from domestic logistics and care coverage. The man who provides a woman not going on strike for not taking charge of a care, will be a man without a future, a social parasite. - Poor parasites. Families that do not allow their domestic workers to go on strike because they do not take care of the dependents are families with no future. - Poor families.

Men, do not attend the demonstrations, let's make them not to see us. If we do not find a space to go to, a woman to replace in her functions, if we do not have a reach in our neighborhoods, associations, in our city, if we are not able to stop being disarticulated individuals for reproductive functions, if not even we are able to claim ourselves as public beings exercising domestic work, proximity, accompanying; if you feel alone, do not go to the demonstrations. Do not go to the concentrations. Not one of us on the streets for this March 8. Let's stay at home; thinking; alone. Let's reflect on how to deal with this March 8. The day in which the women decided to materialize a clear message: if we stop, the world stops.

I do not know if we will make a map of coverage and needs for the strike. Let's establish a network of spaces of support, a map of houses and homes that we can set up as community bases for accompaniment and care. We will see where we arrive. Domestic logistics. Organize collective meals, coverages in schools and colleges. Do you really not know any woman who has stopped participating for caring, for assisting someone?

Be careful macho-men, macho-snobs, bullies, butches, eco-men, gays, transsexuals, do not insist on your condition, do not put your identities before the construction of the collective feminist subjects. Remember, "if you want a new experience in your life, tired of routine, plan and perform domestic, reproductive and care work. A solution to your emotional despondency". An exercise in a transforming strategy for the 21st century. Maybe feminism is capable of ending capitalism by persisting in the class struggle. Let us never forget our oppressive function, remembering that "no one in the world, nobody in history has ever achieved their freedom by appealing to the moral sense of their oppressors" [Assata Shakur]. What is our role as oppressors and oppressed?

Be careful with class feminism, you gentlemen, young misters, and some other lady, misses and missies. They, the women, are enough and they are not alone. We only have to take charge of the oppression that we have deposited on them. It is possible that in this way, we realize that we do not want to support their condition and we integrate ourselves into proposals of future, without classes, without exploitation, without feminicide, together with all the animals.

Note: they suggest me that the text so far seems to have an acceptable length to be read and emphasizes the fundamental elements. From now on, it runs the risk of not being read. Consequently, this last paragraph, which would be the closing of the article, has been moved to this point. I invite you to continue reading.

We must acquire an anti-patriarchal condition and conscience, independently of what is attributed by right through a juridical article, surpassing our representative form. Let's start to build our relationships with those people who put subjective resistance to patriarchy: the social woman. For this, it is not necessary to wait for all of them to join a transformation process that develops the necessary knowledge to carry out our new set of actions and thus conform our habits.

There is a part of the work that we, men, must do in our own spaces that do not pollute, do not usurp territories, spaces that allow us to define and cover our contradictions and establish our principle of activity, build our own agendas and cover a framework of collective formation that does not avoid those historical categories that have articulated the current model of segregation and / or equality, thus preventing us from being awarded with the Women of the Year Award [Bono, U2 singer, Woman of the Year Award 2016, given by Glamour magazine].

Only through an accompanying practice, an activity rooted in company, associated in a committed and responsible way to an objective task, we can emerge as transformative subjects, breaking our male cultural and historical stability.

"The mechanism of social behavior and the mechanism of consciousness are the same ... We are aware of ourselves because we are aware of others and in the same way we know others; and this is so because we, in relation to ourselves, find ourselves in the same [position] in which others find themselves with respect to us ... I am only conscious of myself insofar as I am another for myself, that is, only to the extent that I can perceive my own responses as if they were new stimuli" [Vygotsky, 1979, p. 29-30].

The only option we have to play a relevant role as men in the current social context, is to define an exercise of accompaniment to feminist motives, accompanying to properly establish our activity [a principle of activity], which allows us to relate ourselves to the world in all the dimensions of the inhabited conflict, to develop actions that are able to oppose and minimize the objectives that we, as men, have adopted, moving away from social commitment, relegating us to a space complicit with what happened and moving us away as transforming subjects of the social metabolism. We must point to accompaniment as a fundamental objective to change our actions as a gender group and establish class feminism as the space of knowledge that is capable of moving us towards an objective. In short: making our motive the trigger of an activity that has been set by feminist class objectives. Let's apprehend.

Now, as organic appendices of a set of interdependent relationships, which are articulated around the necessary economic models established by the patriarchal-capitalist system, we carry out our actions, commitments and activities adapted to the forms and functions legated and inherited from the nuclear family, main scenario for the practices of privatization, repression and plundering of the subjectivity of women. An articulation consistent with the subordination over the total set of activities and relationships necessary for a market; pointing to the male as the main representative of this nuclear model, and engine of the repression of modern states for the maintenance of the current social symmetries. Not only can we support this position, complacent, accomplices, but as a working class we produce the actions that maintain and perpetuate the inheritance of the "lords' system" that expropriate and exploit us. Will we, as males, be the producers of a patriarchal product that plunders and alienates us?