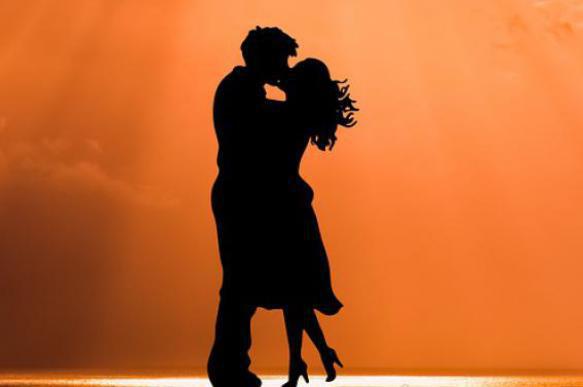 In this vein are collected some of the more heartfelt gestures of adoration and commitment which resound down the ages in the mediums of poetry, painting and drama.

Percy Shelley published his first work in 1810 while a student at Eton in England; commencing a career of more than a dozen volumes in total. That modernity has this inheritance at all is largely due to the undaunted efforts of his second wife Mary.

An heir to a fortune as well as a title, throughout his youth Shelley behaved in every way as l'enfant terrible. He was a spendthrift, libertine and avowed atheist. It should come as no surprise the last of these traits saw his eventual expulsion from Oxford University. Offered readmission on condition of renouncing such beliefs the youth demonstrated the courage of his convictions and flatly refused.

The next several years witnessed Percy marry Harriett Westbrook and move to Scotland where he continued to compose. Yet it was during this juncture he became entranced by the sixteen-year-old daughter of his friend philosopher David Godwin. Mary evidently felt as bewitched for in 1814 the two eloped to Europe together, absent the seemingly requisite need for Percy to be divorced from his first wife. Nonetheless, while on a revisit later to England each of the women would become pregnant by him in the coming year.

Out of wanderlust or mere necessity Percy and Mary soon returned to Europe together, specifically Lake Geneva where they spent many of their days in the company of Lord Byron and his cadre of admirers. Interestingly, it was Byron who one night suggested as entertainment each member of the party create a ghost story with the contribution of Mary later becoming known as Frankenstein.

When in 1816 Harriett committed suicide the two lovers were able to officially wed, though Percy was denied custodial relations of any children by his first wife due to the heretical nature of his beliefs. Even so, thus commenced the most prolific period of his career.

This abruptly ended on July 8, 1822, when Percy Shelley perished at sea in Lerici, Italy attempting to sail his schooner Don Juan as a sudden storm alighted. He was less than thirty years of age.

In the years that followed the works of this great poet were slowly forgotten. To forestall such a calamity in 1824 his widow painstakingly began to collect these texts, some of which had become quite scarce, and collate them into a coherent volume eventually titled Posthumous Poems.

Yet the difficulties which plagued the paramours in life appeared determined to thwart them even in death. Learning of the publication of the work, Percy's father Sir Timothy Shelley demanded it be withdrawn from circulation to avoid scandal owing to the social views of his son. He accomplished this by threatening to withhold the meager pension by which Mary fed and clothed herself and her children. At the time less than three hundred copies of the book had been sold.

Only when Sir Timothy Shelley passed away twenty years later was Mary able to reintroduce these works to the world. By promoting her husband throughout another nearly three decades it was Mary who turned passing notoriety into an enduring fame.

Most of the world is familiar with the art of Vincent van Gogh. Of these acolytes many of them are also aware that it was his brother Theo van Gogh who provided the support, both emotional and economic, which enabled this talent to flourish. Yet relatively few know that it was Theo's wife Johanna van Gogh who ensured that the genius was enshrined for generations.

Over the course of his life Vincent van Gogh created more than 2,000 works though he famously sold but a single one during his lifetime. In fact, the final months of his existence were so prolific that at the time of his demise several of his canvases were not yet dry. Even so, when Vincent passed on July 29, 1890, it was less than six months that his brother Theo followed him on January 25, 1891, leaving Johanna their legacy.

While her husband had made nominal plans for a showing of the work of his brother and publishing his letters these were preliminary at best. Nonetheless, Theo had left one clear instruction to his wife before departing which was never to sell the paintings for mere lucre and never to anyone less than he who would be deserving of ownership of a masterpiece.

Coming from a wealthy family in Amsterdam with connections to the avant-garde Johanna had the good sense to follow these instructions and expand upon them. A clever and resourceful person in her right, who later was co-founder of an organization to improve the lives of working-class women, she was a meticulous custodian.

In fact, as late as 1906 it was possible for Johanna to show a complete retrospective of the entire works of Vincent van Gogh. She herself prepared his private letters for publication in 1914. By these means Johanna steadily increased the esteem to which the artist was entitled from the small cadre of collectors to encompass the entire world. When she passed away on September 2, 1925, the reputation of Vincent was secure.

Theodore Dostoevsky had been a force in Russian literature for a generation prior to encountering his second wife. Indeed, he was a literal generation older being her elder by twenty-five years. Despite this minor inconvenience, it is accurate to say that much of his later product was directly due to her influence in his life.

Personal relations for Dostoevsky had always been dramatic. He met his first wife, married with a child at the time, shortly after being released from a work-camp in Siberia. Only when the premiere man in her life died was Dostoevsky given his chance, and a poor one at that since Isaeva proved a flirt and irritant upon his affections.

Next the writer came upon Appolinaria at one of his readings. In retrospect he probably ought to have kept his mouth shut. While undoubtedly physically attractive the girl was emotionally abusive to say the least. Throughout their secretive affair she nonetheless took on other men given that Dostoevsky was then still wed. By the time this complication had remedied itself two years later, Appolinaria returned yet Theodore no longer wanted the wretched woman who replaced the fresh girl he had known before.

Only with Anna Snitkina did Dostoevsky find a mate worthy of his soul. More than two decades younger, they began their courtship when she was a stenographer on his novel The Gambler. By the time the work was published in 1867 the two were married.

Initially it is said the author saw only practicality in their match. Whether accurate or not, as so often happens a great need became a genuine passion. During the four years abroad which the couple considered as an extended honeymoon Dostoevsky began to increasingly rely upon this young woman. At times when in Baden the groom would resort to allowing her to choose his clothing and remind him to take money to the casino, which he often then lost.

In truth, their life together was not always a happy one. The pair lost two children after birth, though blessed with two more. The writer was frequently irascible and often jealous. An addiction to gambling caused further dismay in their economics situation.

A lifetime of intellectual toil had taken its toll and it was Anna who made his final fourteen years on earth bearable. Throughout she was the great protector of Dostoevsky and proved herself by remaining entirely faithful during many trying circumstances and refusing to remarry despite the fact she was but thirty-five years old at his death.

Her acceptance of greatness with its attendance faults makes Anna the ideal prototype of the partner for an artist. Indeed, with her by his side Dostoevsky wrote The Brothers Karamazov.

All too frequently a passing loneliness leads to a lasting mistake and weakness of the flesh extinguishes that spirit which might have survived.

A more chilling thought is that of what hidden greatness lies undiscovered in the annals of history. To be sure there must have been minds or talents equal and even superior to those discussed herein which but for the want of a great abiding curator have been lost to posterity.

Perhaps the most which can be said of such vicissitudes is one must choose wisely when selecting a partner as the most significant pairings are often those which outlast death - the only thing more mysterious than love being the enigma of romance.