The Skripal Narrative and 'Western Values'

Last month, along with more than a dozen other NATO/EU member states, the Netherlands expelled some Russian diplomats. The justification for this serious step were the unsubstantiated accusations by the British government to the effect that the Russian government had tried to kill a former Russian double agent residing in England. In the meantime, the British narrative has become all but unraveled. 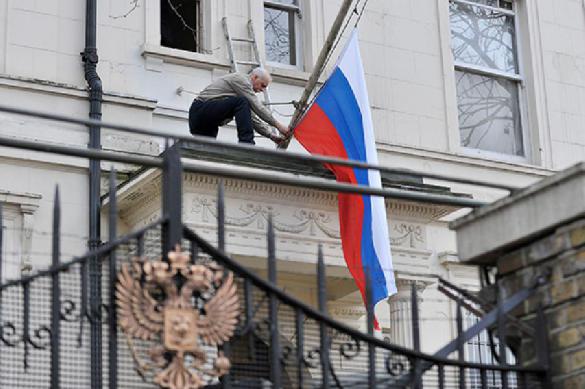 By now, a month after the accusations were first made, the inconsistencies, inaccuracies and logical fallacies of Mrs. Theresa May and her underlings, duly divulged by British state-controlled media, are becoming apparent. Many are beginning to wonder how the government of nation with a long and proud history of sophisticated diplomacy could have been so stupid as to launch the Skripal fake news narrative.

Even more puzzling is why so many other nations have chosen to lend credence to what is clearly a shaky narrative, if not an outright, cynical lie. Russian Foreign Ministry spokeswoman Maria Zakharova has suggested that this closing of the ranks is actually proof of the fact that it is the Washington regime and its London sidekick that run the "Western Alliance." It has also been pointed out that the Skripal narrative fits into a broader pattern of Russia bashing. The current wave of Russophobic frenzy began with"Western" indignation at the 2008 war over South Ossetia, the Crimea joining Russia, the downing of the Malaysian MH17 jetliner in 2014 is, if anything, hypocritical. While the US and its NATO vassals have since the mid-1990s been systematically bombing entire nations (Yugoslavia, Afghanistan, Iraq, Libya, Syria, Somalia), killing hundreds of thousands in cold-faced breach of international law, they have successfully been diverting the public's attention towards Russia.

The US and its NATO vassals are especially annoyed at their failure to do to Syria what they have done to Afghanistan, Iraq and Libya: shoot up the place and install a puppet regime on the fresh rubble of a demolished capital. With the help of Russia, Syrian president Bashar al Assad has been able to stay in power and even to push back US proxy forces, operating under the name of IS. Like so many previous capitalist neocolonial wars, the war in Syria seems to be essentially about oil (and gas). It has come as a terrible shock to the Washington regime, (and its financial oligarchy) and NATO vassals, to see its designs falter on the brave resistance of the Syrian people and its Russian ally. Conscious of "Western" military impotence when faced with a real opponent, rather than some ragtag collection of armed peasants, the Washington regime and its NATO vassals had no other option but to turn to hate propaganda of the most primitive kind.

Yet by unleashing the current wave of Russophobic hysteria, elites in the "West" are undermining the very basis of their ideological control of public opinion. It actually seems that "Western" governments are in the process of losing their iron grip on what people think.

The Netherlands is a case in point. Like in other "Western" nations, the major media (MSM) are either under direct government control or owned by a few big conglomerates. Most of the Dutch printed media are in the hands of two Belgian press corporations, and alongside state-controlled radio and TV, the German firm of Bertelsmann controls eight TV channels (RTL). The major Dutch newspapers have been consistently losing readers. De Telegraaf, the nation's number one paper has since 2000 seen its subscriptions dwindle by some 50%; NRC-Handelsblad, the self-proclaimed national "newspaper of record," has also seen a drop of 50% in the same period. TV audiences have shrunk to the point where the official news broadcasts are now only watched by the elderly and a few thousand hospital patients.

Younger generations (at least the ever smaller numbers who are interested in news) mostly rely on social media (Facebook, Twitter), foreign internet outlets such as BBC, RT, Al-Jazeera and so-called alternative web sites, most of which enjoy small or minuscule readerships. Clearly, the government today exerts far less influence on the minds of its citizens than a mere two decades ago. It is no exaggeration to state that today it cannot even reach most of the population and tell them what to think and believe. In other words, the government has lost touch with the population. So far the only idea it has come up with to remedy the situation is a simplistic trick to condition the citizens by introducing "threat levels" for things like terrorism and weather conditions.

Three times, the Dutch government has organized a national referendum on crucial policy issues, and each time, it was completely surprised by the results. This in itself is proof that the government no longer is in control of public opinion. In 2005, Dutch voters massively rejected the proposed EU constitution, but it was introduced nevertheless. The 2016 referendum on a treaty of association between the EU and the Ukraine showed a 61% majority against this treaty. Yet the government just ignored this result and decided to support the treaty anyway. Last month, there was a referendum on whether or not to allow government police and spy services increased and easier tapping powers, in which voters also rejected the government proposal. Prior to each referendum, the Dutch media had been almost unanimous in reporting an arguing in favor of the government position. Not surprisingly therefore, the Dutch government made it a top priority to abolish the referendum law. Yet no journalist or politician has so far been able to demonstrate what it is about referendums that would make them "undermine democracy." It certainly would seem that Switzerland, where referendums have been a standard fixture of political life since 1848, has always enjoyed a very healthy and well-functioning democratic system.

It seems difficult to believe that the Dutch government would have no clue as to what citizens are thinking. After all, apart from what inaccurate and biased government-sponsored opinion polls tend to suggest, what many citizens actually think is more than evident in the commenting sections of web sites that allow readers to express their views. However, instead of taking such comments and observations to heart, the government has been hiring trolls whose job it is to disrupt debates and to voice government points of view on popular non-MSM web sites such as geenstijl and revolutionaironline.

Geen stijl, which could be translated as "shockingly uncivilized," boasts some 100,000 daily visits and a large number of faithful, outspoken commenters. This site may be one of the most accurate thermometers of public opinion in the Netherlands and ought to be taken quite seriously by the government. Most comments appearing on the site concerning the Skripal case are, to say the least, extremely skeptical about the statements of the London government. The site has also been critical of the Dutch government where it blames Russia for shooting down MH17. Geen stijl instead has been calling for a truly impartial and thorough investigation of the MH17 incident, which resulted in the deaths of 200 Dutch citizens.

While Geen stijl has sometimes been considered "controlled opposition" because it is now part of one of the two Belgian conglomerates owning most of the Dutch printed media, revolutionaironline is truly independent. Owned and operated by a dissident journalist, Micha Kat, its 2,500 daily visits underscore its true significance as the closest Dutch equivalent of a samizdat publication of Soviet times. Because he has been subject to relentless persecution by the Dutch police and public prosecutors, Kat has had to go into exile. Yet he is still alive, unlike his former colleagues and associates, such as Theo van Gogh, who was assassinated in 2004. Indeed, recently Dutch journalists have been dying under obscure circumstances, which suggests that their deaths can hardly be coincidental. The inescapable conclusion is that the Dutch government systematically eliminates any journalist whom it considers an obstacle to its attempt at controlling public opinion.

It would seem some sort of final offensive to suppress dissident voices is now underway: in lockstep with initiatives launched in the US, the Dutch government has declared war on "fake news." Together with Facebook, that employs some 15,000 people to enforce its censorship rules, and Google, which has just decided to invest 300 million dollars in new algorithms to suppress access to dissenting news sources, the Dutch government is now in the business of deciding what news its citizens will be exposed to. Governing a nation still being different from maritime engineering, it is obviously impossible to make the new news system watertight. Yet there will always be cracks, as there will be wayward citizens who still have access to alternative news sources. When the system becomes fully operational, however, the majority will only have limited access to state-controlled news.

One might wonder why the Netherlands, which after all was among the first places in Europe to enjoy freedom of the press and freedom of speech (as early as the 17th century), is now imposing across the board censorship. The answer is that the Netherlands is no longer independent. As a US vassal state and as a member state of the EU, its government is sovereign no more. About 80% of all laws, rules and regulations are decreed by the EU Commission residing at Brussels. All that the Dutch government is allowed to do is rubberstamp decisions made in Brussels. As for foreign policy, it is determined by whatever the Washington regime orders. That indeed is exactly why the Dutch government expelled a couple of Russian diplomats: upon orders from Washington, transmitted through the US embassy at The Hague. That is also why the Dutch government is busy killing free speech and a free press.

In order to divert attention from it killing what little remains of democracy and a free society, the Dutch government likes to hide behind a cloud of lofty principles and high-sounding words: freedom, democracy, "Western Values," human rights, etc. There is only one little problem: most people no longer believe what the government says. It is a bit like an ancient movie that once delighted audiences, but because the world has evolved in the meantime, has lost its power to enthrall modern viewers.

To put it simply, a nation that is not free, cannot have free speech and a free press and there is just no way that you can hide this simple truth.