Trump and Syria: "The worst case scenario is now our reality."

Trump and Syria: "The worst case scenario is now our reality." 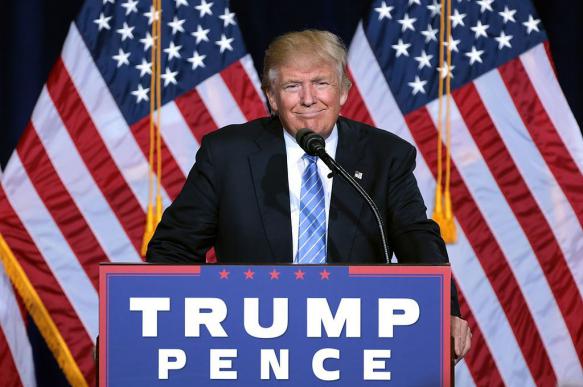 As all becomes ever more rapidly surreal it seems that, barring a miracle, Draft Dodger in Chief, Donald Trump might trigger a world war, over an incident in Syria which is entirely evidence free.

The discredited White Helmets - a "rescue" group only operating in areas held by "rebels" who routinely decapitate, including children, set fire to people and commit numerous unspeakable acts - have produced a video of an apparent chemical attack on 7th April.

The "White Helmets" are funded in millions by the UK Foreign Office, the US, Canada and various other Western governments. Coupled with this is: A UK government £5.3 million media activists programme included training Syrian independent journalists and activists, including for reporting of "White Helmets" activities across Twitter and Facebook. (See Foreign and Commonwealth Office: "Providing non-humanitarian assistance in Syria", Updated 1 December 2015.)

No wonder every seemingly staged "rescue" always has a few convenient camera people handy, recording the "victims." The duty of first responders of course, is to also protect the victim at all cost, in their vulnerable state, from public view.

The latest camera friendly crisis is yet another "chemical weapons attack" which the US, UK and usual suspects are blaming on the Syrian government. However this is such a worn and discredited theme, were it not for trigger-happy Trump and his band of war obsessed mongers, it would simply be dismissed out of hand. For the US both supplying chemical weapons to the "moderate head choppers" and the discrediting of the endless attempts to pin chemical attack on the government, see Professor Michel Chossudovsky's meticulous documentations. (1) See also Robert Stuart's impressive, minute unraveling of the propaganda which was "Saving Syria's Children." (2)

It also seems to have escaped the Trumposphere that in 2013, Syria surrendered all stocks of chemical weapons, under the auspices of the UN Organisation for the Prohibition of Chemical weapons and international observers and participants.

I wrote at the time: "On 12th September 2013 Syria's President al-Assad committed to surrender Syria's chemical weapons, with the caveats that the United States must stop threatening his country and supplying weapons to the terrorists." (Weapons disposal detail, 3.)

"Why do you need the attribution mechanism, if you've already named the perpetrators before any investigation?" asked Russia's Ambassador to the UN this week, referring to blatant accusations against Damascus coming from the US and its allies.

It is worth noting that those dealing with patients suffering the effects of a chemical weapons attack need specific protective clothing. Pictures have been shown of an allegedly affected toddler being sprayed with water, held and sprayed by people in jeans, t-shirts and without even plastic gloves.

Strangely at the site of an alleged chemical attack at Khan Sheikhun on 5th April 2017, just two days over a year before the latest allegations, pictures not only emerged of first responders with no protective clothing, gloves, but of the White Helmets in flip flops and casual clothing "gathering soil samples" from areas allegedly hit by the weapons.

In Douma the Russian military have been rather more professional, with the Russian Embassy in South Africa Tweeting:

Russian MoD investigates #DoumaProvocation, sheds light on the situation: All soil test results from Douma, #Syria have shown NO trace of neither sarin nor chlorine nor any other chemical agent. Local hospitals have NOT received ANY patients with chemical poisoning symptoms

War Correspondent Alexander Bilibov from #Syria: "We checked the place of the alleged CW attack together with #Russian mil., asked the civilians. Nobody heard about #CW attack". Alexander's group ask at hospitals,spoke to the docs. Nothing. #SyrianCWHoax

At the UN, on Monday, 9th April - ironically the fifteenth anniversary of the toppling of Saddam's statue in Baghdad's Firdos Square, marking the destruction of Iraq on pack of lies - Steffan de Mistura, Special Envoy for Syria, stated regarding the attack that: "... the United Nations was not in a position to verify those reports" (of a chemical weapons attack.)

The UK and France were predictably hawkish with the Russian Ambassador responding factually: " ... that Washington, D.C., and those blindly following it - namely London and Paris - were deliberately stoking international tensions and engaging in a confrontational policy against the Russian Federation and Syria without any justification.

"The United States and its partners did not understand the potential consequences of their reckless geopolitical experiment in the Middle East, he said, emphasizing that Western capitals were taking up rumours spread by non-governmental organizations, the White Helmets and the media. The use of sarin or chlorine gas in Douma had not been confirmed, he stressed, calling for a prompt investigation and for Western politicians to scale down their rhetoric.

"Syria's representative agreed that the lies of some permanent Council Members had fuelled conflicts, including in Viet Nam, the Korean Peninsula and Iraq. Now they sought to defeat Syria.

"Emphasizing that the United States, United Kingdom and France were eager to hold Council meetings on the basis of fabricated information, he recalled thatthe Syrian Government had warned the Council, OPCW and the Joint Investigative Mechanism on many occasions about terrorist groups possessing chlorine and sarin. The White Helmets would fabricate evidence and Hollywood-like scenes intended to stir incitement against Syria and its allies. The Syrian military had no chemical weapons, having destroyed them under United States auspices, he stressed." (4) Emphasis mine.

Of course in this new equivalent of the "forty five minute to destruction" lie (Tony Blair's government's infamous September 2002 dossier of fairy tales which massively contributed to Iraq's destruction) who should pop up but Tony Blair, urging Prime Minister May to join strikes on Syria without even putting it to a Parliamentary vote.

He said that there was no need for her to ask her MPs as reprisals were likely to be "air action, rather than ground force action." Work that one out. And Blair, who if justice existed, should be answering for his part in Nuremberg's "supreme international crime" at the International Criminal Court in The Hague, was "Middle East Peace Envoy."

The British and Americans of course, on Syrian land, in sea or air space are in the country entirely illegally.

President Assad has immediately invited the Organisation for the Prohibition of Chemical Weapons to Syria to investigate, as did the Russians, the US are fighting their visit. Doesn't take much thinking about. According to the OPCW website, they are leaving "shortly."

However, in this truly terrifying scenario the world is facing not the ruthless horrors of the Bush family, or of the Clintons, Jimmy Carter's threats to the Middle East, Nixon's criminality. No, we have Donald Trump.

In "The Dangerous Case of Donald Trump", twenty seven eminent psychiatrists and mental health experts put their careers on the line, flagging up their clinical assessments, arguing that in Mr. Trump's case they had a moral and civil "duty to warn."

Each chapter is more concerning than the last. But perhaps in the present circumstances it is apt to quote John D. Gartner, Ph.D, clinical psychologist, who taught at the Department of Psychiatry at John Hopkins University Medical School for twenty eight years. In a chapter entitled: "Donald Trump is A) Mad B) Bad C)All of the Above", he cites a colleague's assessment of Trump's grasp on reality:

"He cannot be contained because he is psychologically off the chain. With each passing week he displays the classic symptoms of medium grade mania in more disturbing forms ...

"Trump's first hypomanic crash resulted in only a few bankruptcies, but while he is President the consequences could be on a scale so vast it's difficult to even contemplate:

" ... exhibiting malignant narcissism ... His worsening hypomania is making him increasingly more irrational, grandiose, paranoid, aggressive, irritable, impulsive ... He evinces the most destructive and dangerous collection of psychiatric symptoms possible for a leader. The worst case scenario is now our reality." He warns of the consequences being "most likely catastrophic."

Professor Gartner ends the chapter defending the authors of the book for breaking the rules by going public: " History will not be kind to a profession that aided the rise of an American Hitler through its silence."

It would be hard to dispute this chilling assessment having read how lightly Trump takes a possible world war in a Tweet today:

Russia vows to shoot down any and all missiles fired at Syria. Get ready Russia, because they will be coming, nice and new and "smart!" You shouldn't be partners with a Gas Killing Animal who kills his people and enjoys it!

But of course, for someone possibly in a parallel universe, incinerating a nation or the the planet would be a great diversion from Trump's troubles at home and the raid on his lawyer's office and seizure of countless possibly incriminating documents.