When Donald Trump won the 2016 U.S. presidential elections, many Americans cried, especially liberal types, while most Russians celebrated his winning, uncorking the best champagne, even those who usually didn't drink. Trump promised in his campaign to improve relations with Russia.  He promised many other attractive things - like bringing U.S. troops home from every base, shutting down NATO, jailing Hillary Clinton and working to "Make America Great Again". 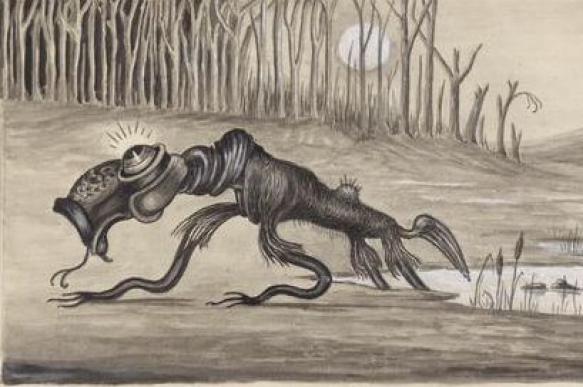 Along with his other voters, I value President Trump and still deep inside I have great hopes he will take the peaceful path his declared on his campaign trail.

His slogan 'drain the swamp' gained followers from all different backgrounds.  He also promised to keep the Second Amendment, drop the Obamacare and get rid of illegal immigration.

At the beginning of his campaign, President Trump declared that he would fund his campaign with his own money in order to be independent from any influential groups.

Then months later, he accepted millions of dollars, a huge amount from a casino mogul, Sheldon Adelson. He also appointed his daughter's husband, Jared Kushner as his personal advisor, disregarding that his son-law was the closest friend of Benjamin Netanyahu.  The Neocons and Zionists surrounded President Trump and immediately began to influence his polices, Soon his agenda seemed to be contradicting his own initiatives.

President Trump was falsely accused of having been recruited by the Kremlin in Moscow, where he hosted the popular Miss Universe pageant and show, featuring many beauties from around the world.

The false accusation about President Trump's alleged Kremlin ties was a wicked plan of Hillary Clinton to frame Trump for anything she could find. She wanted to dig out dirt to discredit him as a President.

Hillary has a short memory: her own husband, former President Bill Clinton, was almost impeached for lying under oath about his affairs with a young intern, Monica Lewinsky, and he was known to have had other affairs with countless women.

Hillary paid Christopher Steele, a former former U.K. spy, to create a fake dossier to destroy Trump's reputation and he used McCain to diligently give the bogus dossier to FBI Director Comey.

James Comey is another criminal, a pal of the Clintons, who was for years involved in the Mexico drug cartel affair, making enormous profits!  His brother, Peter Comey, works for DLA Piper, the law firm that does the Clinton Foundation taxes.  No wonder after over twenty years operation of being the largest International charity fraud, the Clinton Foundation was never been audited by the internal Revenue Services.

Let's not forget the fact the money was laundered from the Clinton's Foundation, which illegally accepted from many foreign countries. Ukrainian oligarch Victor Pinchuk gave ten million dollars.

Mueller's recent investigation showed that President Trump accepted 150 thousand dollars from Pinchuk in in 2010. No kidding? What about the 10 million dollars Hillary received from the Ukrainian oligarch Victor Pinchuk who, by the way, made his money using criminal machinations?

Are you going after Hillary, Mr. Prosecutor?  She received that money while Secretary of State.  That fact will never be taken off the records, no matter what you do, Mueller.

Getting back to Trump. There were revolving doors with people coming in and out newly formed cabinet. After a day or two most were fired by his shaping Administration. I don't have to name them you already know --if you are one of people who follows President Trump's erratic tweets.

Being targeted by the Deep State, which translates as a Shadow Obama's Government, President Trump tried ridiculous things to separate himself from Russia. He increased more drastic sanctions and called Russians the worlds' aggressors.

It didn't help him to gain support of Congress. No matter what disrespectful measures he took towards Russia to clear his name, he became more hated among Liberals.

The first illegal airstrike he made on Syria was a year ago, while hosting the President of China, Xi Jinping.  It was the most embarrassing moment while serving desserts after the state dinner, when he announced that his order to conduct the Syria airstrikes was accomplished. Bon appetit!

Recently, the UK poisoned an ex KGB man Skripal, who became M6 operative and his visiting daughter Julia in Salisbury.  Despite many tests by independent laboratories, the nerve gas Novicok was not found in the victims' bodies.

Instead it was BZ a new chemical ingredient, made in the UK and U.S.

While most countries expelled four or less Russian diplomats, the U.S. expelled sixty. Trump was furious, as it was done behind his back. He asked to release the same amount as in Europe, but not the amount of expelled diplomats from EU altogether. Austria refused to participate. Bravo, Austria.

For starters, Trump must fire Nikki Haley who speaks on his behalf and he learns about it from the newspapers. He doesn't agree with her statements.

What truly upsets me, despite sending Trump directly the footages of fake attacks and children being taught at school how to play victims of chemical attacks, by the terrorist group, White Helmets, which is backed by the UK, he went with his plan to bomb Syria, after reposting my messages, (not on Twitter, but on another platform.)

He collected other vassals, Theresa May and Macron to join him in his Safari game!

Out of the 103 rockets sent by the coalition 71 of them were intercepted by the Syrian army. They used the Soviet-made Defense System. The Syrian army had been instructed by Russians to use the deference system made about 40 years ago.

The iron fist, Theresa May, modestly used eight rockets to attack Syria, and, apparently, Macron didn't use any rockets at all.

Was this due to a sense of humanity or to save money? The cost of each rocket is over a million dollars. While waste them? The former banker Macron, who represented Rothschild's clan interests, outwitted Trump.

There were no other victims,  three wounded Syrians.

The UN organization had to wait for an independent investigation, since Trump gave an order to airstrike without taking any probes.

We voted for Donald Trump who promised To improve relations with Russia,

Bring home our troops deployed over the world,

Instead we got the shock of our lives

Trump happened to be arrogant, reckless,

Another hawk in sheep's clothing

Who is no longer trusted or liked.

For him to engage us in the Syrian War

For the sake of the Greater Israel,

He lost credibility in his voters' hearts,

We no longer support his tasks.

Can we trust you, President Trump,

After you ordered the Syrian blasts?

We felt ashamed to be your voters,

Your new dog tag is Trump the Swamp

You lied to us to drain it fast.