Interview, the truth about Syria 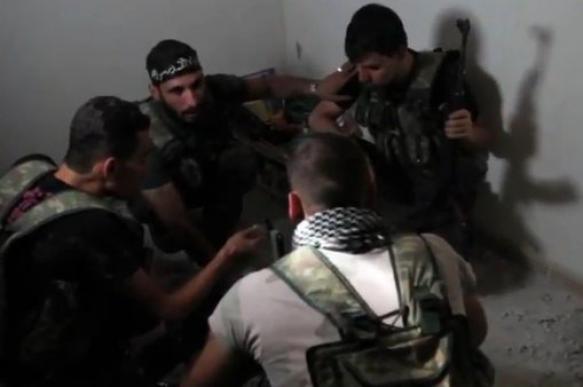 Pleasure to be able to address your readers. The first time I met Samir Amin was in Beijing, during the First World Cultural Forum in 2015. Both of us were keynote speakers. The event was huge and strongly anti-imperialist; extremely exciting and intellectually refreshing. Samir was greatly respected by the Chinese hosts; his quiet voice was shot intellectual missiles against capitalism and imperialism. When he spoke, there was total silence. Samir Amin, as a person? He was brilliant, quiet but determined, always true to his convictions, intellectually brave, warm to his comrades, merciless towards his enemies.

You are absolutely correct here. And that is perhaps why both Samir and I are so 'unpopular' in many so-called Western left-wing circles. Samir was born in Egypt but spent many years of his life in France. He knew, he understood perfectly well that in the West, there is almost no desire to give up privileges and strive for an egalitarian and just world. Many 'progressive' Western intellectuals are denouncing global injustice and Western (North) imperialism but are unwilling to struggle or even vote for an egalitarian planet. In a way, there is no real left in the West, anymore. The real left is internationalist. The Western left is only interested and struggles for privileges for its people (shorter working hours, better medical care, higher wages, etc.), mostly at the expense of the poor and semi-colonized world or call it the 'South'.

Yes, the Venezuelan revolution - El Proceso - was definitely influenced by Samir Amin. President Maduro admitted it openly. But I have reasons to believe that other countries, including Iran, Bolivia, but even Russia, have been looking carefully at the de-linking theory as well. In today's world, it is actually a necessity, for many, if not for all non-Western nations. In his academic paper, A.K. Anwar summarized de-linking as: "...in the simplest sense of the term, demands a nationalist system that minimizes the dominance of external constraints on Third World economies and helps the exploited nations to implement their auto-centric development policies for the betterment of indigenous economy." Of course, this is just a simplification. In reality, Samir Amin offered a way forward, a comprehensible blueprint for economically oppressed nations to liberate themselves and to use their resources for the most important goal: improving the lives of their people.

I think they are. I am very optimistic that they are. Turkey is of course one example, Iran another. Venezuela, Bolivia... Then there is Russia. I am sure we will now see great changes in Mexico, once the new administration is sworn in. In Brazil, the most important Latin American country, the left (PT) is poised to win, with Lula or, if the fascist elites will manage to keep him in jail, without him. The Latin American left is 'real', and it will not make the same mistakes as before. I work all over the world. Soon I will be making a documentary film in Mexico. I'm extremely optimistic. As far as
I am concerned, this is the end of Western hegemony. Look at Syria; look at Aleppo, which I call the 'Arab Stalingrad'! Western imperialism can be stopped and it is being stopped. And all Arab countries are watching, some with hope, some (in the Gulf) in horror. Of course, Syria will be 'de-linking'. It is already de-linked.

Well, the Western wars actually killed many more people in non-Western countries than in the West itself, it is just not being discussed in Paris or London or Berlin. Just in the 20th century, look at Congo, Namibia, sub-Continent or Southeast Asia, look at the Middle East. You see, here is a small disagreement that Samir and I had, and we discussed it, openly and publicly, in Moscow, at the end of 2015, when we addressed Russian left-wing intellectuals at the Mayakovski Theatre. Samir believed that all the evil comes from global capitalism. That it is direct result, a bi-product of capitalism. I have been arguing that it is what Carl Gustav Jung called the 'pathological culture of the West', that the Western culture is essentially sick, and that both imperialism and extreme forms of capitalism are the direct and logical result of such a culture.

You are right; that is what he kept arguing about, and I absolutely agree with him. China is an extremely successful Communist country, which has been experimenting with and pragmatically implementing some capitalist practices. However, it is what several thinkers that I trust, describe as "Communist ends, capitalist means". Whilst in the West, big business controls the government, in China, the government dictates to the companies what, and how, should be produced for the good of the nation. Amin and I spent hours discussing China. What I just wrote is a simplification. There could be (and already are) huge books written on the Chinese system. Both of us were immensely impressed by this system. Both of us also understood how it is smeared, in the West (North) by both the mainstream and often by the left (which just cannot accept that an Asian, non-Western country, is capable of building a much better society than anything that was ever created in Europe and North America... and without plundering the rest of the world).

We never discussed Dubai. But isn't it clear that the Gulf is an anomaly? Its economy is built on oil and on cheap foreign labour, coming from the Indian sub-continent, the Philippines, Africa. This labour has very few rights. If some parts of the Gulf have no oil, they function as 'service' or banking centres for those who have it. I'm not sure it is a model applicable in other parts of the world.

I think this was happening in the past, when there seemed to be no choice. Now there is a choice, and many countries are deciding to go down the path of de-linking. Now there are the BRICS, there is trading in local currencies like the Yuan and Rouble, there is the Asia Infrastructure Investment Bank, New Development Bank (NDB). Amin used to believe in possible a Paris - Berlin - Moscow alliance against Washington. I think, before he passed away, he saw that both North America and Europe form one imperialist entity. And he recognized that there is growing resistance to the Western control of the world forming around the Beijing - Moscow alliance.

Amin criticized political Islam, full stop. And yes, he also criticized other religions. I believe that his 'iconic' definition is that: "Islamist militants are not actually interested in the discussion of dogmas which form religion, but on the contrary, are concerned about the ritual assertion of membership in the community. Such a world view is therefore not only distressing, as it conceals an immense poverty of thought, but it also justifies Imperialism's strategy of substituting a "conflict of cultures" for a conflict between the liberal, imperialist centers and the backward, dominated peripheries." I believe this is quite legitimate criticism, considering that the West was mainly to blame for this state of Islam. London particularly has been supporting and spreading Wahhabism. Both Washington and London kept overthrowing one socialist Muslim government after another, from Iran to Indonesia and Afghanistan, putting on throne the most regressive, brutal and greedy rulers, who have been using Islam as a cover for their collaboration with the West. That is what Samir criticized. That is also what I criticize. In my presence, he never lashed at Hezbollah, or Iran or Al-Sadr. Historically and culturally, Islam is a socialist religion. In many countries, in almost all of them, because of the West and its Saudi allies, Islam has been derailed, kidnapped and used against the people. I see it clearly in places such as Indonesia, or in the Gulf. One important point: Samir never criticized the essence of Islam, and he was terrified by the insane and hypocritical Islamophobia in the West. His criticism of "political Islam" and his respect for Muslim culture have to be emphasized.

Iran is already a semi-socialist country, which has been greatly influenced by Venezuela and other progressive Latin American nations. That is something that we are not supposed to know. Iran is also putting great emphasis on social services, like healthcare, culture, education, public transportation. Teheran is shockingly elegant, clean and an impressive city, full of arts and culture. The people are educated and knowledgeable, and very open. Even now, Iran is moving closer and closer to Russia, left-wing Latin American countries, and China. The visa regime for Russian citizens has been abolished, and Iranians can travel visa-free to the Russian Federation. Many are now fascinated with China; when I was in Teheran, there was a Chinese film festival. Together with Russia, China, Cuba and Venezuela, Iran has become an important bastion of anti-imperialism.That is why it is hated in the West, of course.

We discussed it in Moscow. Both of us agreed, at least there, that people like Varoufakis and Corbyn could improve the lives of the Brits or Greeks, but not necessarily lives of the Congolese and Afghans.

The West 'kidnapped' 'left-wing', as it kidnapped Islam. 'Interest groups' and individualism fully infiltrated what used to be an internationalist and highly disciplined movement. In the West, what is called 'left', is now some kind of anarcho-syndicalism (a totally Western concept which could never be supported in such places as Asia), sprinkled with sexual orientation and gender identity. It is not a revolutionary block, very far from it. It is a 'selfie-Left' - total toothless nonsense. Creative Marxism is now in China, Latin America, and in other non-Western countries. Communism is definitely not dead, as they want you to believe in London, Paris or New York. It evolved, it is evolving. But its essence is the same - Internationalism, the mortal fight against Western imperialism, and equality for all. Amin clearly saw hope in Beijing and Moscow, and that is why he liked being there, and so do I.

Integrity, courage and love for humanity. A love much stronger than his self-interests!

Yes, definitely. He was a great thinker, a true comrade, a Communist even in those years when the Western so-called 'left' opportunistically betrayed Communism. People like him, or Eduardo Galeano in Latin America, are the symbols of tremendous integrity and rock-solid revolutionary determination. Amin's legacy will be revisited, sooner rather than later. Maybe not in the West: because the West and its horrific control over the planet will be soon over. But it will be visited by grateful billions, in all the other parts of the world, including his native Egypt, where they should erect his statue in the middle of Tahrir Square.

First published by Al-Akhbar in Arabic.