The curious case of coddled children killers in New Mexico 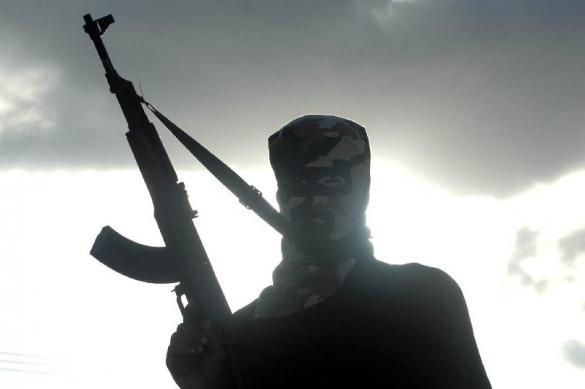 Philosopher Arthur Schopenhauer famously stated "All truth passes through three stages. First, it is ridiculed. Second, it is violently opposed. Third, it is accepted as being self-evident." These days, a sizable percentage of the American public is entering the third stage when evaluating the veracity of its government.

Consider the curious case of a New Mexico compound, its desolate location, its harem of women, its captive children, its stash of artillery, its training for Jihad on schools, its dead body, and the fact no one in American law enforcement seems to think any of this is much of a concern.

It all purportedly began on August 2, 2018, when a message was received from within a makeshift camp located in the rural desert approximately 145 miles north of Albuquerque, New Mexico. The missive stated simply "We are starving and need food and water."

Because in America all stories are essentially cowboy stories without delay intrepid agents of law enforcement rode to the rescue of what eventually proved to be 11 children ranging in ages from 1 to 15, some of whom were indeed abused and in need of basic care. The brave officials bowed, the audience cheered, and all was right with the world.

That is, until curious details surrounding the mysterious circumstances of the matter leaked to outsiders.

What was initially an apparent case of child neglect was revealed to be an alleged simmering cult of radical Islamists. In fact, the plot of land was not even owned by the militants who were squatters there. The legitimate owners, Jason and Tanya Badger, had informed authorities soon after discovering the infiltrators in December 2017 yet nothing was done to protect the property rights. Eventually, the FBI requested permission to surveil the area beginning in spring of the following year.

Only on August 2, a full four months later, did local police raid the outpost and only after the FBI had repeatedly refused to do anything other than watch the alleged criminality unfold. Five suspects were arrested: Siraj Ibn Wahhaj, Lucas Allen Morten, Hujrah J. Wahhaj, Subhannah A. Wahhaj, and Nany J. Leveille.

Shockingly on August 5, in the days after the original search by law enforcement, the legitimate property owners discovered an extensive cavern system that contained a veritable arsenal of weapons as well as a laptop computer. All of this supposedly "missed" during the first examination.

During an August 6 revisit by law officers the body of a dead child was also located. It was eventually determined to be Abdul-Ghani Wahhaj who had previously been alleged to be abducted by his father, Siraj Ibn Wahhaj, on December 1, 2017. Perhaps not coincidentally, Siraj Ibn Wahhaj is the son of Imam Siraj Wahhaj who is suspected to have had ties to the original World Trade Center bombing in 1993.

As of August 8, charges were made including 11 counts of child abuse though Siraj Ibn Wahhaj was additionally charged as a fugitive from the state of Georgia in another matter while Lucas Allen Morton was charged with one count of harboring a fugitive. Initially, all were held without bond; meaning they would remain incarcerated.

Yet but two days later, on August 13, Judge Sarah Backus released three of the five to house arrest on a signature bond of $20,000. Only Siraj Ibn Wahhaj and Nany J. Leveille would remain in jail.

In papers filed August 25, it was detailed there were plans for "phases of terrorist attacks" which have variously been described as training the children to use guns to assault schools and even hospitals.

Four days later, on August 29, Judge Emilio Chavez dropped all the charges of child abuse against the five suspects. He claimed prosecutors missed a deadline to schedule a preliminary hearing. All five were then released from incarceration.

A full two days later, August 31, the FBI eventually got around to again arresting all five. Nany J. Leveille was charged with unlawful possession of firearms and ammunition, with the others charged with abetting his crimes. The District Attorney states he will seek an indictment for the murder of the child found deceased.

To condense this rather obtuse timeline of offenses, at this juncture all only alleged: A man kidnaps his child, illegally sets up a compound on land he does not own, authorities are informed of this theft of property but do nothing for several months, the FBI eventually feigns an interest but does not act for several more months, ultimately local law enforcement becomes irate at the ongoing abuse of children and raids the compound themselves.

Even so, during the rescue operation not only is material evidence in the item of a laptop left behind but a horde of guns and ammunition which is only discovered when the legitimate owners have a look two days later. When authorities return to collect the cache of weapons, another two days mind you, they also happen upon the dead body of a child they accidentally overlooked the first time they investigated.

When all of these gross, obvious and quite serious alleged crimes are brought to court the Judge in the case deems them only worthy of bond based on a signature that the accused promise to return and a sum of $20,000 be paid. Most of which would clearly mean absolutely nothing to anyone facing such charges, not to mention a radicalized Jihadi supposedly intent on committing a mass murder followed by suicide. Essentially it was a Get Out Of Jail Free card.

Yet even this was too much for the next Judge who used a technicality to release all of the accused - in spite of land theft, the building of an army, the avowed intent to use it to commit mass carnage, and the minor fact of a child corpse - from jail at the same time. Because, needless to say, technicalities have never in the history of America been used to protect the country rather than endanger it.

Then throw into the mix the ridiculous legal representation for these cretins who had the audacity to invoke the sacred cause of "racism" by hysterically stating if a white person stole property, had a secret pit of illegal weapons, starved several children and then murdered one of them that no one would say anything at all about it.

Initially, claims about a bunch of ragtag losers stealing a desolate piece of land were a bit ridiculous. Later, the detail that they faced evidence of serious crimes against children was infuriating. Now, the fact that there appears to be a concerted effort by Federal law enforcement and their handmaiden local Judiciary to protect the accused is obvious.

Once it was the province of wild eyed conspiracy theorists and isolated kooks to say that there is a Deep State which actively promotes political violence to serve its own devices. At this juncture it seems undeniable.

Worse is that this is by no means an isolated incident of apparent bureaucratic misbehavior. For years the FBI, and other law enforcement, has demonstrated a notable pattern in their terror related activities. Usually the cases begin with an impromptu remark or random internet posting which is inflammatory but lacking any credible threat. They nearly always involve suspects who are socially isolated and often with serious mental deficiencies. Indeed, in one case FBI files refer to a suspect as a "retarded fool." The stings are likewise often facilitated by FBI agents to the point the agents themselves provide funds for or in some cases have actually purchased weapons or devices for the suspects.

This is apparently done with an intention of increasing the number of successful terrorism prosecutions with an ultimate goal of maintaining or increasing agency funding for such ridiculous tasks. Very few, if any, of the most notable terror suspects in recent years posed a danger to American citizens. To the extent they did, the accused almost universally were better suited to psychiatric facilities than prisons.

All of which raises even more ominous concerns, especially in the present case where it appears children were abused and at least one died and there is a seeming determined effort to free all the suspects. It is worth exploring whether in addition to prosecuting highly questionable dupes some authorities are not also engaging in the manufacture of incidents to dupe the American public. One shudders to consider the implications.

Or, on the contrary, is there something else at work in America today? What manner of malfeasance stalks the land? If a government actively protects those apparently on the verge of committing mass murder of what function is a government at all? What is the truth here?

There are questions for which even Schopenhauer had no answers.