On the collapse of civility in Western nations: living in the era of 'not nice' 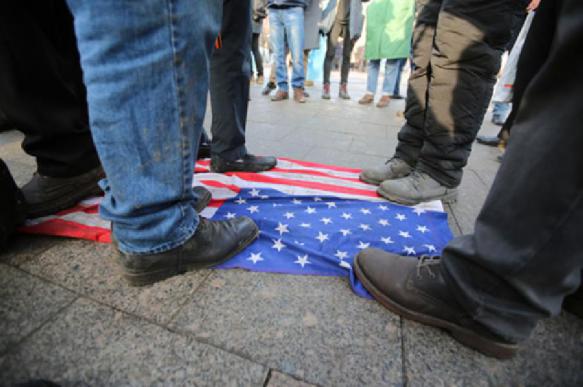 In case you haven't noticed it, things seem to be going from bad to worse.  Day in and day out, there is an astonishing level of ever-worsening anarchy and barbarity in our society.  Driving on our roads is like racing in a demolition derby.  Few signal their intentions switching lanes (e.g.).  No one opens doors for anyone anymore. Few help old people cross the street.  People don't say "hello" or even smile on the street.

Less and less of us communicate as actual humans - preferring sterile, noncommittal texting, Fa-cebook, Twitter, Instagram and other electronic/robotic means to "connect with" our many fake/virtual "friends."  The mainstream media supplies us a steady diet of violence, sex, filthy dirty dumb "humor," and caters to the lowest common denominator of society with coprolalia and vicious slander freely dis-tributed to the masses.  Daily, we read about the incessant back and forth battles that Donald Trump is having with the "fake news" corporate-controlled mainstream media which are getting ever more des-perate and vicious.  So much so that ubiquitous "anonymous" and fake sources trying to create division and paranoia within the President's inner circle and within the nation at large.  We read about ongo-ing Twitter missives between various celebrities chock full of delicious insults and uncouth language.  "Celebrities" routinely bash our President and have even committed grotesque public animalistic actions (e.g. "comedian" Kathy Griffin mockingly holding Donald Trump's severed head).  Obviously, to them, there is no limit to the depth of their hatred and amoral depravity (even if viewed by children) and they will do literally anything including break the law to get their way.

The online comments on various media forums have descended into name calling and vicious com-ments from anonymous anti-intellectual trolls promoting this or that view and are pretty much useless.  No one is really even talking/discussing/debating anymore.  They (including paid psy-ops trolls) are all shouting their point of view (with all caps) and insulting anyone who disagrees with them.  But they aren't persuading anyone as no one really ever budges from their "I'm always right and you're wrong" stances.  Professors have even been savagely and physically attacked by mobs criticizing a controversial invited speaker.  As exposed in the last election, thugs are paid to make commotion and provoke trouble at meetings to violently advance a particular agenda George Soros "colored revolu-tion"/"Pussy Riot" style.  We as a society appear to be going backward in time a few centuries to the Medieval Ages.  What is happening to my country?

The situation in Western nations - particularly the US - is getting worse. We are no longer civil when we talk to one another and it is clear that we are losing the ability to properly and civilly debate one an-other. This turning us into a highly polarized and charged society of "us and thems" which can only lead to civil war and anarchy.   However, given the impression promulgated within the mainstream media,  President Trump and his "deplorables" are solely to blame for the sorry collapse of civility within West-ern, particularly American society.  Sadly, as an activist for over 25 years, I have seen this collapse in ci-vility elsewhere in the world and I see a pattern that has been tested elsewhere and is now being em-ployed here.  Western societies are being prepped for and encouraged into violence, just as the Hitler Youth/Brownshirts were encouraged to use violence to promote and enforce the wills of the Nazi party.  I am worried that there is a similar effort to produce a divided, conquered, and violent socie-ties in the West for similar "thuggish" objectives of the globalist "elites" who aim to enslave all humanity and the culpability of Western corporate-controlled mainstream media in fomenting this incivility and anarchy.

To that end, it is instructive to examine the Yugoslav civil wars to better understand how foreign agents can provoke violence via vitriol.  When the mainstream media was in its element spewing anti-Serbian propaganda and outright lies, US "diplomat" Richard Holbrooke called the Serbs "murderous assholes."   Our own "distinguished" Madeleine Albright called protestors (who were actually not Serbian) who civilly challenged her at a book signing "Disgusting Serbs, get out!."  (Ironically, she was actually saved by Serbs during WWII.)  Ahhh, US diplomacy at its finest!

Fast forwarding from Yugoslavia to the Ukraine, one of our "exemplary" models of a "diplomat," Vic-toria Nuland, was caught saying:  "Fxxx the EU."  Not nice!  And she certainly did this to the Ukraine and to the EU by encouraging the fascist mob overthrow of the Ukraine's democratically-elected government provoking a civil war which resulted in the retaking of the Crimea and other histori-cally-Russian speaking territories by Russia.

Considering yet more examples of "not nice" barbarity from our "leaders," It was well known but not reported that Bill and Hillary Clinton regularly swore at each other and at their staff and threw things at one another.  Richard Nixon also had a fondness for using guttural language/swear words.  Yet, during these earlier times, the media chose not to report these inappropriate exchanges because airing dirty laundry didn't serve the nation.  However, today, nothing is sacrosanct anymore.  Anything and everything that can boost views, increase "likes" and views and be used against Donald Trump will be broadcast.  The mainstream media "elites" are so desperate to get rid of the legally-elected US president (just like they were gunning to get rid of democratically-elected Viktor Yanukovych in the Ukraine) that they are using similar thuggish tactics and reporting to slander the Commander- in-Chief - throwing everything they have (including the kitchen sink) at Donald Trump - so much so that many people are just becoming desensitized to the astonishing cacophony of immature shrill.  The end result is that few true thinkers believe the mainstream media or the deep state anymore due to the lies told thousands of times over.

It seems that today, the mob rule techniques honed in the Ukraine, Yugoslavia, and in other seemingly endless "color revolutions," that were the "brain"child of George Soros, have been brought to America in a desperate effort to unseat Donald Trump.  Though I'm not a Donald Trump fan, I see tremendous energy and money squandered to engineer a violent overthrow (or even assassination) of a President who was elected fairly and squarely, and thus, by seeking to change the rules of democracy by which my nation has been successfully using for over two centuries, this effort will bring America into a reign of terror and fascist chaos because that's what the "elites" want.

When we lose the ability to be civil to one another, the only remaining alternative is violence.  Is this really where the mainstream media want to take us?  Civil war?  Race Riots?  That Donald Trump, like so many "elites," is not an intellectual and doesn't always mince words is no surprise.  Few Presidents ever were.  What is surprising is the fanaticism and fervor that the mainstream media will report anything even if it makes the US look bad (e.g. Donald Trump's alleged "Shixxxhole countries" comment).  There are apparently no boundaries in respectable reporting anymore which is to me a sign of desperation in the mainstream media.

The terrifying aspect of this "thuggization"/"mob-itization" of America  vis a vis the mainstream me-dia is that diplomacy and civil debate are being vanquished as means to resolve issues and find common ground which merely encourages violence.  This will bring us anarchy and civil war which may lead to WWIII given the absolutely bizarre and illogical effort to blame the Russian "bogeyman" for all of our ills.

To borrow the Chinese curse:  "We live in interesting times" that are just "not nice."