Center and peripheries in Europe - Portugal, a case of peripheral disaster

Center and peripheries in Europe (2) - Portugal, a case of peripheral disaster 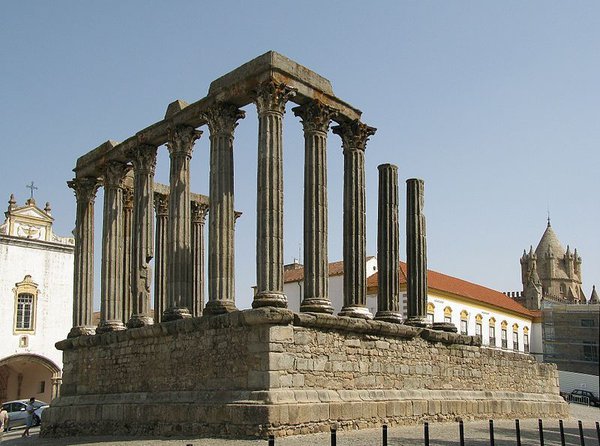 Within the context of some narrowing of Europe's inequalities, Portugal is a country with evident relative impoverishment.

We have recently carried on a synthetic explanation of the inequalities in the EU, which are the consequence of a process that has taken place over the past 45 years. And we used the word synthetic because we have privileged an indicator - demographic evolution - which clearly reflects the evolution of the position of each European region in the hierarchy built by the current neoliberal capitalism.

In this paper, we will observe those inequalities between countries at the light of per capita GDP, household income, and business' costs with labor, including some details related to what has been going on in Portugal.

1 - Evolution of per capita GDP

The evolution of per capita GDP for the EU-28 group, measured in euros, for the period of 1970 to 2014, shows a very rapid growth until 1990, with a slowdown in the next five years, a recovery in the decade of 1995 to 2005, with the later period ending with a very weak growth, subsequent to the systemic political, economic, and financial crisis, which continues to grow deeper.

A more detailed look enables seeing the average yearly growth rate of the GDP per capita for each of the five-year periods, thus evidencing the shorter fluctuations that make up the long cycle that was started by the appearance of neoliberalism around the early 70's of the last century.

In the second half of the 1990s, several technological innovations or their massification (internet, mobile phones) gave a strong impulse to globalization and businesses, but neoliberalism, through the financial transformation drive, relocations, deindustrialization, and social deregulation, led to so-called "dot.com" crisis at the turn of the century. Because the process became more pronounced, with real estate bubbles, subprime lending, all based on credit without the counterpart of effective income to pay for it, the crisis intensified, with bank failures, states' indebtedness, ineffective austerity programs, and the anemic growth that we have been witnessing, without an end in sight, as is clearly visible in the following chart.

Next we observe the variation of the GDP per capita for each country between 1970 and 2014, using as a reference for each of them the aggregate value of the EU-28 = 100.

This long period corresponds to the time of affirmation and consolidation of neoliberalism that, meanwhile, could possibly be in an exhaustion phase regarding its economic, social and political model. It shows, in a first approach, that in all the countries considered as developed the GDP per capita increased slightly (3.9%) when compared to the EU-28, while for the world as a whole, this GDP per capita is reduced by 12.7%, in the same comparative terms. Obviously, by exclusion of parts, for the group of least developed countries (which are benevolently labeled as developing countries by the international institutions and include all other non-OECD countries) the situation is very unflattering; as unflattering is the situation of the peoples considered to be developed by the OECD - Hungary, Poland, Turkey, Mexico ... - just because they belong to that club. A championship classification earned in the administration office...

In undeveloped countries the GDP per capita might have regressed, in comparison with the EU-28, more than the world average, revealing that the consequences of a world economic order - which, historically, generates inequalities - remain quite active.

One may consider that, meanwhile, the population of the undeveloped countries has grown substantially, more than the GDP; but this cannot be the basis for defending Malthusian policies, but rather political and economic changes that eliminate the alliance between these countries' political classes, autocratic and corrupt, and the predator multinationals that plunder the riches and promote devastating environmental disasters, in addition to the pinchers with which the global financial system, through debt[1], dominates the poor and peripheral countries.

Relative to the EU average, some of the wealth framework's top countries have lost their position. This is particularly true in Switzerland (-28.5%), Sweden, Italy, France, the Netherlands, and Denmark. With a large loss when compared to the EU average, Greece stands out because despite not being a rich country it has substantially declined in recent years, for reasons that are well known.

Those cases where there was a big approach to the EU-28 levels are found among the recently added countries, mainly to the east (resulting from the breakup of the Soviet bloc and having being subject to deep intervention by foreign capital, while maintaining low wages vis the Community average) or, to the South (Malta and Cyprus), in addition to Ireland.

We also note a geographically diverse group of countries showing positive growth of the GDP per capita relative to the Community average, that growth being, however, relatively modest. In this group we highlight the cases of Germany (4.1%), Belgium (1.5%), Great Britain (6.2%), Spain (0.6%), and even Portugal (11.4%), in the last two cases because of overly evident reasons.

As one would expect, there is nothing here that can be specifically related to the single currency, but rather to the anti-democratic nature of the European institutions intended to promote or interact with capitalism's development inequalities, which have deep roots in history and generate poor, less poor, and rich regions, as we recently documented.

There are rich countries with their own currencies that lost position relatively to the EU average (Sweden and Denmark, for example, in addition to Switzerland which is not integrated in the EU but only in the European Economic Area); others, equally rich and using the euro, raised further above the EU average (Austria, Finland, Ireland, Luxembourg); a number of countries that subscribe to the euro, and which are considered to be wealthy, are seen in decline compared to the aforementioned average GDP per capita (France, the Netherlands, Italy); several poor or balanced countries show gains in relation to the EU-28 average, with or without the adoption of the euro as their currency. Finally, we highlight the Germany case, the export engine of the EU, the big gatherer of financial surpluses, the single currency inspirational country and the politically dominant country, that does not manage to improve its position in relation to the Community average by more than 4.1%, in what concerns the GDP per capita, in the span of 44 years.

Read the original and the article in full at: