Trump, the Mid-terms and Italy

The results of the mid-term US elections have confirmed the political line of Donald Trump and we can therefore say that the deplorables of Hillary "Killary" Clinton have decided to give confidence once again to the current tenant of the White House. More: although the Democrats has now a representative majority to the House of Representatives, Republicans maintained that of the Senate and that of the governors of the States of the Union. Two out of three. Therefore, there wasn't any Democratic long wave and the President's impeachment possibilities were far removed. Trump himself celebrated the results by removing his Justice Minister, Jeff Session, because he was dissatisfied with his work and the position remains vacant for the time being. The scandal of the Russiagate, clearly false even if still in progress, did not give the voters the effects that its creators had hoped. The idea that the Kremlin wished to influence the US presidential elections to the point of electing a personal fifth column as President of the United States, is such a deeply stupid idea that it should not even have been taken into consideration but it hides all the fears felt by those who invented and proposed it. 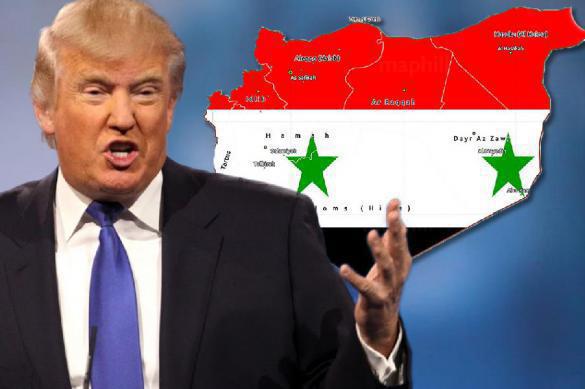 Trump is the apparent outsider produced by the clash between the two majority factions in which the American Deep State is divided: although anyone in America can be elected to a more or less important political office, only those who enjoy the strong support of certain groups of power can hope to become the elected President of the United States, at least as long as the "democratic" elections remain. In this case, I am sure that both factions agree about the inevitable imperial destiny of America but they are different about the modalities of its implementation. The one having in Hillary Clinton its flag-bearer, chose for more than twenty years a modality more direct and enriched with new levels of ruthlessness and cruelty. A ruthlessness, a cruelty, no longer only addressed to the outside, to nations that do not want to bow to the diktat of Washington, but also to the domestic inside: the false flag attacks of September 11 were the detonating event of the American imperial and colonial wars and, in particular, of the narration of the exceptional character of the American nation that characterized so much the Obama presidency. However, the imperial project so well represented by the Clinton clan suffered first a slowdown, underestimated by the centers of American power, during the war in Libya that lasted longer than expected and then a real setback with the war in Syria, thanks to the resolute attitude of Russia and the loyal and generous Iran. The extension to Yemen of the concept of proxy war has condemned the Yemeni population to a carnage about whom Western public opinion is still tragically indifferent but has once again demonstrated the weakness of Western ideas and, in particular, of the Western counterpart in the Middle East, Saudi Arabia. The military forces that the Saudis employ are composed of mercenaries hired in various parts of the Middle East: although better paid, better equipped and supported by a superior air force, this rented army has not yet defeated the Yemeni forces and have collected an impressive number of defeats. In other words, it is the Ukrainian scenario, in which Kiev is so much on the right side that it can not gather an army to recover the separatist Donbass once and for all.

At the base of this imperial vision there was an unavoidable assumption: everything had to take place according to a strict timetable and with the planned charges. But it did not happen: the countries in the crosshairs (and I mean also Russia and China) have opposed the idea of ​​ending up under the feet of Washington much more than with the poor pro-forma resistance expected by the Americans and the times become were very dilated. With them also military spending: in a context of pre-existing economic crisis, the effect was synergistic.

Trump is here the result of the efforts of the other imperial faction, the one that has chosen a more blunt and diluted path over time to the realization of the American imperial dream / destiny. It is the faction that perceives, rightly!, as dangerously self-destructive the current American social and economic situation, the wall against the wall that opposes the United States not only to the other great world powers but also to the components of American society: at this rate, not only no glorious American destiny would be realized, but the very survival of the human species and therefore of America is in tragic danger. The solution passes for the withdrawal from certain conflicts initiated by the previous administrations and recognizing the implicit defeat, bringing back the industrial activities abroad, reducing international tensions with Russia and China and the other powers of an increasingly multipolar world, pay more attention to environmental problems because the laws of Mother Nature can not be bought in any court house.

However, dismantling a perverse and childish project like the one still in place and limiting the damage it produces is a huge task. I want to remind here Paul Craig Roberts' opinion that Trump overestimated the President's powers and underestimated the powers of the opposing side. It is a reasonable idea, given the barrage to which Trump has been subjected since his inauguration. This idea could also explain Trump's contradictory choices: claiming to want a dialogue with Russia but deciding to cancel the treaty on intermediate nuclear forces, the obvious attempt to withdraw from the Syrian conflict but the inability to block the Saudi monarchy in Yemen and also revealing a stubborn hostility towards Iran, to satisfy Israeli interference even at the risk of a blockade of the Strait of Hormuz and therefore a generalized war in the region.

This madness started more than two decades ago, but it has been enriched on the path of a malignancy perhaps even not originally foreseen. I quote Roberts: "I think that Identity Politics has destroyed the West.  Western civilization no longer exists in terms of the values and commitments that defined the West." It is a conviction without appeal of all pseudo feminist nonsenses about gender, alleged oppressed LGBT minorities, uncontrolled migratory flows and above all of the great betrayal that the Left has committed against workers (especially if white), sold off to the "Markets" and transformed (especially if white and heterosexual but fortunately for the time being only in America) in the oppressors of non-existent sexual and racial minorities. In all this, some scholars even hear the echoes of a revived Cult of Cybele, which is revealed in the behavior of the increasingly large numbers of adult children who unfortunately make up part of Western society.

And what about Italy? What does Italy have to do with medium-term US elections? The past Italian governments that have always enjoyed the support of the Italian Democratic Party (the former communists ... sic!) have also always supported the American side represented by the Clinton clan. The current government ruled by Giuseppe Conte, a prime minister with such elegant and staid manners, stand with Trump and his administration. Why? Italy is between the anvil and the hammer. On the one hand, it is subjected to the peace treaty signed with Washington and especially to its secret Annex, which guarantee the Americans the freedom to do the good and bad in our home and keep their feet on the neck, on the other hand it is bound to Brussels with a noose that becomes ever narrower. The European treaties signed by the past Left governments, with lightness and ingenuity (which in the eyes of someone might even seem criminal) weigh in an increasingly unbearable way in the life of the nation. This, the economic crisis and the uncontrolled immigration of the last years have pushed the Italians to vote accordingly, relegating the Italian Democratic Party to a well-deserved opposition that seems to deliver it to the oblivion of history. It is evident that Trump does not like this so Germany-centric Europe, dominated by a Berlin that sided with Hillary and at the same time flirted with Moscow along the length of the North Stream pipelines. Brussels and Berlin are closer than Washington is, but smaller and they tied to Americans by pacts of vassalage too. The choice was natural: support Trump and current US policy, under the banner of a pact with devil whose consequences are not yet fully clear but which for now gives our country a truce with the international financial "markets" against which Italy, alone, does not yet have the courage to oppose a real resistance. Being this a situation more fluid than it seems, the choice is a gamble, based on the hope that the next European elections in April 2019 will produce a more human and respectful European parliament. I do not believe it will happen but this is another story.