Victims and perpetrators: the devastating impact of pornography on minors

Online pornography is among the main causes of improper or deviant sexual behavior developed by children, pre-adolescents and adolescents. Sensationalistic black chronicles and investigative television programs educate us every day to develop a gruesome taste for the macabre. And with what morbidness one seeks the super villain, the scapegoat to be stoned without too many qualms in a collective purifying catharsis: the capital sentence of the executioner social. But what would happen if the monster were not the terrifying clown that hides in the sewers, but the sweet little boy who clumsily chases his paper boat, bundled up in that adorable yellow raincoat? At first, incredulous, the temptation could be to hurriedly put your head in the sand and deny everything; but it is not the road. What we should do, however, would be to stop and do a serious and honest examination of conscience. 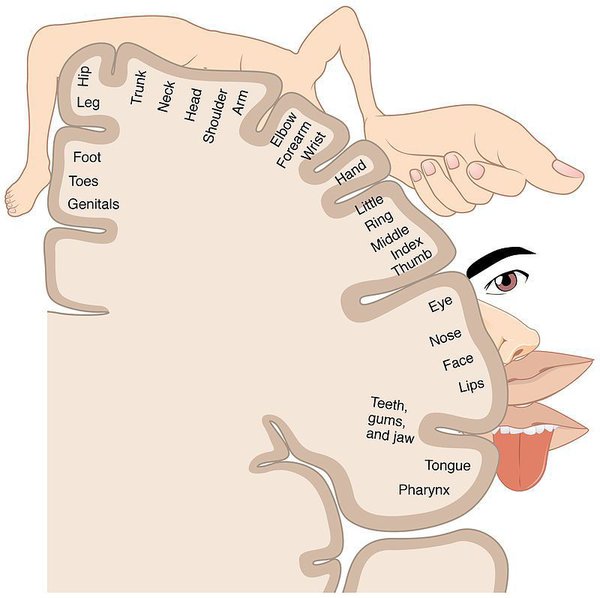 When we hear about sexual abuse perpetrated to the detriment of adolescents, pre-adolescents or even children, the perpetrators - we should not think twice - we always imagine them as adult men and women, whom we usually call, sometimes even inappropriately, pedophiles. Yet, beyond our imagination, there is also an alternative scenario, in which the victims are transformed, in an apparently inexplicable way, into unlikely executioners.

"This is a contrasting research area from both a theoretical (of policy) and a practical (of implementation) point of view. In fact, that of sexual abuses committed by minors on other minors is a phenomenon which, by its nature, is difficult to recognize and identify. Stigma and shame, associated with victimization, could in fact lead to an underestimation of the same, making it difficult to accurately measure the actual extent of the problem."

To date, however, we have available up-to-date and authoritative statistics, which can at least give us an idea of ​​the situation in which we find ourselves. The main British study on the subject contains such a disconcerting and alarming fact: about a third of child sexual abuse is committed by other minors (S. Hackett, Children and young people harmful sexual behavior, Research in practice, Dartington Hall, Totnes, 2014). Not only that: over the years this sad phenomenon has seen a worrying surge.

The English charity organization Barnardo's, committed to protecting and safeguarding children, has promoted a survey, in 2017, which involved the police forces of Great Britain and Scotland, from which it emerged that the number of alleged offenses of sexual abuse of minors perpetrated by other minors has increased by about 80% from 2013 to 2016, the year in which more than 9000 complaints were recorded. If we consider then that not all police forces deployed in the United Kingdom have agreed to provide the data necessary for the investigation and that often cases of this kind, difficult to legal framework, pass in silence, it is clear that the estimate presented above is the fruit of an approximation by default.

The association's CEO, Javed Khan, commented on the outcome of the investigation:

"Last year, Barnardo's issued a statement that warned of the high risk that the growing phenomenon of sexual abuse by minors on other children could actually become a scandal capable of overwhelming our society in the near future. These results are just another alarm bell, which calls us to become aware of the extent of the problem. We are deeply concerned by the fact that more and more children are sexually abusing other children. We know that young executioners are often first and foremost victims, victims who have not received the necessary support to overcome the trauma. According to estimates, one third of sexual abuse is committed by minors. In such a context, the rehabilitation of the victims is extremely necessary and decisive in order to prevent episodes of this kind in the future. The implementation of sexual and emotional education, set in a diversified way according to the different age groups, would certainly help the child to know how to relate correctly."

The expression most frequently used in studies to indicate the occurrence of hurtful sexual behavior by children is that of Harmful Sexual Behavior (HSB) and the main definition that is given is as follows:

HBS is given when children and adolescents - aged under 18 - take part in discussions of a sexual nature or activity, which are inappropriate for their age or stage of development, often involving other individuals with whom they have previously established a relationship of trust, on which they are able to exercise a certain power by virtue of age, greater emotional maturity, sex, physical strength or more developed intelligence. These activities take place in a very broad spectrum, ranging from the use of a sexually explicit lexicon to the execution of a complete real sexual relationship with other children or adults.

Professor Simon Hackett, of Durham University, points out that the notion of HBS refers not only to the transitivity of violent action, but also to the harmful consequences it causes in the same subject who made it protagonist. Two thirds of children and adolescents who exhibit harmful sexual behavior are, in turn, a victim of physical, psychological or sexual abuse. From the studies of the professor we learn then - without being too surprised - that one of the factors indicated as critical for the development of an HSB is exposure to pornographic material, with variations related to age, continuity of exposure and specific nature of the content.

Let's take an example: if a prolonged vision of a non-violent pornographic content may be sufficient for a pre-pubertal child to develop a sexually deviant behavior, the same can not be true for a 16 or 17 year old teenager. The last case that, to our knowledge, has been reported in the press dates back to 2017. Two children of only 7 years have abused their partner of 6 after watching some pornographic videos from their mobile phone. And if it really amazes us it should not: children are extraordinary imitators of what they see, read or hear and any premature sexual activity is always brought back to two possible causes: experience or exposure (MB Castleman - T. DeRuvo, The last drug: Internet pornography and its impact on the mind, Utelibri, Bergamo, 2009). If, therefore, in the case of children, the main risk is that of an early and uncontrolled sexualization, which, if not adequately reabsorbed with the help of a psychotherapeutic support, will likely show its dramatic effects in adolescence and then adult, for adolescents and pre-adolescents the speech is different, although not less serious.

A reliable overview of the experiences with online pornography of kids, boys and girls, from 11 to 16 years, coming from the 4 nations of the United Kingdom, is obtained from the results of the broader survey on the theme that has been realized today; results that have been included in an accurate report produced by Middlesex University, with the support of the National Society for the Prevention of Cruelty to Children (NSPCC) and the Children's Commissioner for England. The data that we are interested in reporting concern the risks and dangers of voluntary or involuntary exposure to pornographic material. Among the main, we certainly have the risk of emulation and a large minority in the sample of older kids, especially males, said  it would like to try what is seen in pornographic videos, which also includes extreme sexual practices such as rough-sex or illegal activities under the name of extreme pornography (eg actions that could cause damage to the breasts or the genitals).

Moreover, since often the vision of pornographic material is given parallel to the first affective and sexual experiences, there is a substantial risk of generating distorted emotional psycho-anthropological models, especially as a significant number of kids in the sample of respondents, especially male, has shown not to be aware of the dystonia between reality and pornography and at that point "You are put pressure to do things that you are not comfortable with" says a 14-year-old girl; among these maybe even the sexting, which consists in the telematic exchange of images in which the subjects are portrayed nude or partially nude, with all that can be achieved in terms of privacy and undue diffusion. A 14-year-old boy adds that:

"Kids become different people and start thinking that it is right to act and behave in those ways. Also the way they talk to others changes. Then when they look at a girl, probably the only thing they're thinking about is that, and that's definitely not the way women should be watched."

And behind "those ways" is often a logic of domination by the male sex over the female one; so much so that a girl, who only has 13 years, expresses her concern in these terms:

In fact, Ana Bridges, psychologist of Arkansas University, and her research team have pointed out that 88% of the scenes of the most popular pornographic videos contain physical aggressions against female protagonists, while 48% include verbal abuse.

So, to Valentina Nappi, known pornographic actress, who, invited to participate in the TedX of Bari, candidly addressed to the public the question of the century "Why a child should not see a sexual intercourse on a giant screen, at Piccadilly Circus in London or at Piazza del Popolo in Rome? In an enlighted and atheist world where would the problem be?" we answer that the problem just would be there, rather!,  and it would have nothing to do with religious taboos of any kind or extravagant intellectualist ideologies, as someone would like to suggest. Moreover, the truth is that it is not necessary to project sexual intercourse on a giant screen and that the real challenge it would be to try to get rid of them since, every day, 34% of internet users are exposed against their will to pornographic content through advertising banners and annoying pop-ups. And this is just a small slice of the involuntary exposure.

In fact, access to most of the pornographic material is free and for free, without filters, for anyone with the ability to connect to the Internet. It takes very little, a smartphone in the wrong hands, in the case of the little ones.

Yet in the UK, around 25% of children under the age of 6 already own a smartphone and spend on it an average of 21 hours a week. And for the older ones, teenagers and pre-teens? Responsibility is a long and challenging educational process, and constancy is the winning factor. In the case of online pornography there are two fundamental issues that must be addressed: first of all a healthy and positive education in sexuality, which is first of all an education to affectivity, to relationality. The sexual dimension, to be fully realized, requires, given its importance and significance in the life of every human being, to follow and not to precede a corresponding and gradual maturation on the affective level. Secondly, that of a progressive education to the conscious use of the Internet; not so much because the boys do not know how to use it, from a purely technical point of view, but because, being this a real environment, with its own rules and obscurities, they learn how to behave and what may be the dangers and pitfalls that are hidden there.

In conclusion, this is a very serious educational emergency, which requires a first and foremost responsibility on the part of families, who remain the main line of prevention in tackling the social problems affecting their children; secondly by the school and all those environments - sports, cultural, religious - that children and young people attend in their everyday life.