Shutdown But Not Out – Some Truths About Government Employees 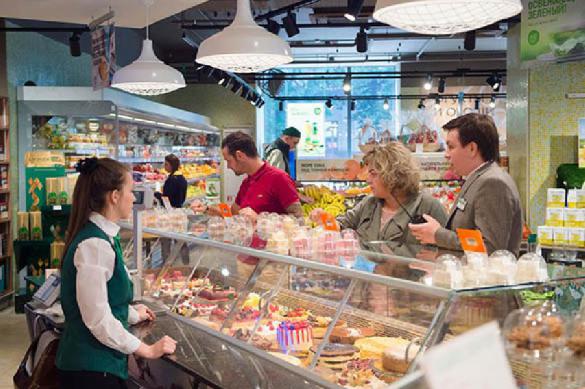 In every crisis comes a breaking point. During the current crunch of the Partial Government Shutdown in the United States mine came two days ago.

It was during an evening meal when I looked at my plate of small baked potato and tuna fish sandwich. The Evening News was on in the background and a report concerning the national emergency buzzed across the screen. Suddenly I thought, how did it come to this!

No, I am not poverty stricken nor a government worker. I am an observer and what shocked me was when the wife of a furloughed worker plaintively intoned, "It is very humiliating to go from spending $300 a week on groceries to having to rely on assistance."

What!?! Spending $300 - a week? Never being good at mathematics I scratched the sum and eventually calculated this was equivalent to $1200 a month...on food! For one family! With only two children!

Far be it from me, an anti-epicurean, to dictate what others place on their palate. But even in America this is an outrageous outlay on food alone. At least, it is if you are allegedly "the working poor" who we are consistently admonished "live paycheck to paycheck."

For a little perspective, in Russia the average monthly wage is around $400. In many other countries it is far less.

Moreover, as a long-time resident of the United States I can assure readers the globe over absolutely no one in America need spend more than $100 a week - possibly not even $100 a month - to feed a family.

We have Big Lots, WinCo, Save-A-Lot, Family Dollar, Dollar General, Aldi and a host of other discount food markets which cater to such economy. More importantly, these stores carry exactly the same items as the more expensive stores only at a discount. (They do so by purchasing overstock brands, label change products or near-expiration items to sell at reduced prices. All the food they offer is both healthy and delicious, but at a quarter or even half of the price of typical grocers.)

Clearly it is not glamorous or chic to buy generic and in bulk but if you are supposed to be disadvantaged then your benefactors should expect no less of you before imploring their aid. You have no existential right to name-brand goods and the freshest fruits and vegetables if you are near-starvation.

Unless one is suffering under the delusion he is the King of England he has no reason not to deign shop at markdown venues. Indeed, not to do so indicates a severe lack of family budgeting ability. Only a fool pays two times for the same thing.

That was my own personal breaking point. Following a month of constant whining about a delayed paystub I determined it was high time for a little low humor at the expense of those seeking to emotionally manipulate taxpayers. Because, in truth, there is no crisis for the furloughed government employees save what they have created for themselves.

Of note is a misimpression exists workers have "missed" a month of pay. No one is working for free. All funds will be remitted eventually. It is inconvenient but it is not indentured servitude by any means.

Not even mentioned is anyone - seriously, anyone - in the United States can obtain a credit card. Insolvents have been issued credit cards. Babies have received credit cards for which they obviously never applied. Dogs have been allotted credit cards in numerous instances. Since all government employees have steady incomes, fixed addresses and will be paid for their furlough time there is absolutely no reason whatsoever not to put every expenditure this month on an emergency credit card.

Oh, there is inconvenience. Of that I have no doubt. Yet if you are suffering a choice between the electric bill and eating then it is a catastrophe of your own design.

They also get a bloated pension at a time when most workers will have no pension whatsoever.

Finally, there are a host of benefits which often include Health Care that are not available to private sector workers who must fend for themselves without a compliant Mass Media to pimp out their suffering for more freebies.

Do not take my word for it. Let us do a takedown of some of the worst empathy offenders.

To begin are those on vacation from a "job" which many in this world would consider a privilege. While there are clearly onerous tasks to be done with the Forestry Service and similar positions, to hear anyone complain about such chores is a little akin to listening to a Supermodel tell you how difficult it is for her to stand all day while photographs are taken.

We get it, you have sore feet. Tell it to the midnight Security Guard at a warehouse or the graveyard shift Gas Station cashier who makes pennies on your hundred dollar bills.

Incidentally, many report that it is incredibly difficult to even obtain an interview with the National Parks Service so horrible are these occupations. Afterward, the wait is several months in duration. Finally, most of the positions are taken by veterans.

Clearly this is a place no one - except apparently everyone - would like to work. Incidentally, the pay begins at $33,000 and goes up to $61,000 with the median being $42,000. How can anyone be expected to survive on such a paltry sum!

Given space restrictions on this article we will not mention the pay for the similarly "impecunious" Air Traffic Controllers who earn a measly average of $125,000. Those poor dears!

Here hits a soft spot for me since a relative of mine once commanded an island with this service during the war. Even so, several decades removed and the Coast Guard seems more or less incapable of defending much of anything, no less a coastal barrier between freedom and the Axis Powers.

Certainly it is true the organization bears a great deal of weight in rescuing those in distress at sea. The complication comes when its leaders insist on referring to it as a military branch when in fact it is a glorified Fire Department. This is in no way to disparage that noble calling - but if a man gets pay for military service I expect him to get dirty for it.

To wit, henceforth when your military paycheck resumes and you retire with that fat military pension I fully expect to be regaled by war stories of when you sank those Migrant Invader vessels. Saving a boat of fisherman or yacht party caught in a hurricane during a three hour pleasure cruise is all well and good - but it isn't battle and you are kidding yourself if you think otherwise.

You want to serve, you fight. In a time when there are over a quarter-million invaders infiltrating the United States on an annual basis (by the most conservative estimate) and when a sizeable percent come by sea then there needs to be far more forceful action taken in order to earn your pay.

Until then - you will find the "No More Tears" Baby Shampoo stocked on Aisle Nineteen Forty One.

It seems for the past four weeks TSA workers have been the ultimate paragons of virtue for the American Media. These are characterized as heroic soldiers in the front line against terror. (Curiously, it is a front which seemingly drifts from Syria to Podunk International Airport, according to where the most money for globalists is to be made at any given moment.)

Be that as it may, for some reason unbeknownst to we observant viewers of the Nightly Newsreaders the Media has evidently forgotten the near-monthly reports they have broadcast regarding the general incompetence of those very same TSA employees.

Already this year - that is, before the government shutdown - a gun was allowed on a Trans-Atlantic flight to Japan. (It was not caught, mind you, by the TSA but reported by the passenger herself who mistakenly packed the item.)

Yet despite this literally near-total failure to protect the public somehow TSA thugs have groped passengers in almost every crevice of their bodies, confiscated inherently dangerous items such as fingernail clippers and enchanted everyone with the courteous manner of a Gestapo Interrogator.

So spare us the sob-stories. The fact of the matter is the TSA is a feel-good jobs program which has no functional effect on protecting anyone from genuine terrorism. It is the prototypical Potemkin Village and generally staffed by those same Village Idiots.

In no other profession could you - again, literally - fail 95% of the time and still keep your position.

Before anyone begins with the "Bah Humbuggery" let me explicitly state no one believes more in the working classes than this writer. No doubt there are many - indeed, millions - of Americans who genuinely live paycheck to paycheck.

If a man or woman works at McDonalds or similar service industry one should have the utmost respect for them. The pay is universally low, the benefits are infinitesimal by comparison and the job security is nonexistent. The situation is similar for Temp Workers...and most janitors...and many bus drivers...the list could go on and on.

Indeed, the list does go on - it encompasses nearly one-third of the economy. These are good hard-working individuals who do not have a pot of gold for them at the end of the government rainbow.

They have to find their own Health Care (if they can afford it). They must work the hours you cannot envision anyone working. They have the lottery as their retirement plan.

No "backpay" awaits them a week or month from now. If they become injured or ill these are the folks who will desperately need to visit a charity pantry - so quit raiding their food supplies because you can no longer afford caviar this week.

To every government employee who even thinks of complaining about what is essentially a minor inconvenience as compared to the travails of those who suffer under authentic hardships in this world - you need to shut your mouth, sit down and have a long think about how "tough" you really have things.

While you are at it, you might want to open a self-help book on family budgeting.