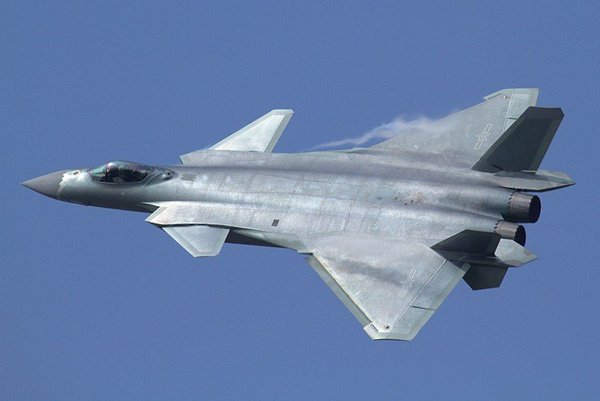 China seeks cooperative relations with other nations. The US is a global menace, seeking dominance over other countries - sovereign independent governments on its target list for regime change, by war or other means.

It hasn't won a war since WW II ended. What chance would it have against China or Russia? War would one or the other would assure losers, not winners, humanity paying the greatest price, its survival risked if things go too far.

Beijing knows what it's up against in dealing with Washington. It's planning for possible confrontation. Last fall, President Xi Jinping ordered the country's military to boost its capability against potential threats to the nation's security, saying:

"It's necessary (for China's armed forces) to strengthen (their capability), concentrat(ing) preparations for fighting a war," adding:

"We need to take all complex situations into consideration and make emergency plans accordingly."

"We have to step up combat readiness exercises, joint exercises and confrontational exercises to enhance servicemen's capabilities and preparation for war."

"The world is facing a period of major changes never seen in a century, and China is still in an important period of strategic opportunity for development."

"Preparation for war and combat must be deepened to ensure an efficient response in times of emergency."

Last week, senior Chinese officials expressed concern about threats to the country's security over economic and trade war with the US, no breakthroughs achieved in resolving major differences.

First Secretary of the Central Secretariat of the Communist Party of China, Central Policy Research director Wang Huning stressed a "tough battle" ahead in dealing with security risks.

He and Xi said policymakers must develop "bottom-line thinking," preparing for the "worst-case situation" that may threaten the nation's security and stability.

According to Xi, China faces "unpredictable international developments and a complicated and sensitive external environment" over economic, trade, and other disagreements with the US, issues weighing on the country in the year ahead and beyond.

Chinese Academy of Governance official Zhu Lijia warned that fallout over trade war with the US may weigh heavily on China's economy this year.

Confrontation with EU and other US allies is possible. As long as Washington considers China a rival power, the nation will remain threatened by its rage to dominate.

According to political analyst Zhang Lifan, "there's nothing that does not constitute a risk" to China.

Last week, US Commerce Secretary Wilbur Ross explained what's understood by both countries, saying the US and China "are miles from getting a resolution."

Resolving trade differences is relatively easy compared to structural issues. Washington wants China and all other countries subordinated to its interests.

It wants Beijing's industrial, economic, and technological growth and development aims undermined. It intends expanding its military footprint in the Indo/Pacific region where it doesn't belong - or anywhere else uninvited.

The risk of US confrontation with China, Russia, Iran, and other sovereign states is too great to ignore - the risk of potentially catastrophic nuclear war.

My newest book as editor and contributor is titled "Flashpoint in Ukraine: How the US Drive for Hegemony Risks WW III."