The Immigration Flip-Flop Heard Round The World 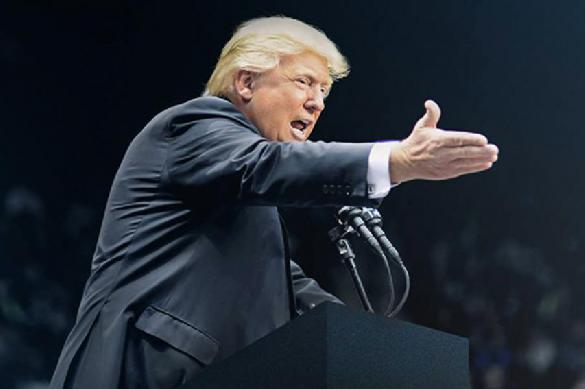 During his oft-delayed State of the Union address last week President Trump had a stark redirection on a key policy proposal which has gone almost entirely unremarked upon - he fell in love with migrants.

Not just any migrants, mind you, but Legal Migrants.

As per his speech the President said, "Legal immigrants enrich our nation and strengthen our society in countless ways." I muttered, "Name three."

Trump went on, "I want people to come into our country in the largest numbers ever, but they have to come in legally." I excoriated, "Not so long ago it was legal for a husband to rape his wife."

Our noble leader continued in remarks afterward, "We need people in our country because our unemployment numbers are so low." I lost my patience, "You comprehend nothing of which you speak."

Let us review some of the cold hard truths which Truculent Trump and Weepy Ivanka (whom one can only assume influenced him with another crying jag on behalf of those she would not deign sully her glove):

-        Legal immigrants, of themselves, do not by any means "enrich" our nation. As a matter of fact, the ad hoc system which has been in place since the genocidal Hart-Celler Act of 1965 has allowed in millions who shared no common bond with Traditional Americans and who on the whole have cost taxpayers far more than they have benefited them.

This fact can be seen in usage of Welfare, Health costs, remedial Education, not to mention the high propensity some favored groups have shown for physical violence and other criminal activity. Instead of a strict Merit Based system, or at minimum the Culturally Symbiotic immigration act of 1921, American immigration has been a Losing Lottery the past half century whose only beneficiaries have been large corporations and the ultra-wealthy.

-        Regarding the "largest numbers ever" of legal immigrants, America already has them. Had the President done even a modicum of critical thinking as opposed to engaging in simpering emotionalism he would know this basic fact.

In the United States today there are approximately 1,000,000 legal immigrants each year. It has been this way since at least 2000, making the total number of legal immigrants in the country currently 37,000,000 and the highest ever recorded.

-        Finally, in regard to unemployment it is difficult to confine oneself to a mere paragraph. This very week it was reported nearly half - 45% - of all university graduates in New York City are working as bartenders or waiters to pay off their student debt. This is symptomatic of a much larger problem which is wage parity as well as mechanization.

Supposing we chose not to flood the marketplace with yet another one million unneeded laborers next year, what would be the consequence Mr. Trump? Wages would rise for the remaining workers, both currently unemployed and those already with positions.

Moreover, given nearly every study and survey and analysis indicates automation will replace tens of millions of jobs in the next five to ten years by what rational notion can you possibly assert more workers should be imported?

Put in its most basic language - America already faces a looming catastrophe of cataclysmic proportions regarding the very soon to be displaced and your solution is to add millions more to their numbers?

Not to belabor the point, but are you cognizant that this disaster not only includes truck drivers and food service workers but likewise will widely effect such occupations as nurses and attorneys?

Honestly, your incomprehension of the immense societal disruptions about to take place on a massive scale is completely baffling to me as well as anyone who has paused for a solitary moment to consider the precipice on which we totter.

Notably, the rebuttal (if one can call it that) was given by Stacey Abrams who was the failed Gubernatorial candidate from Georgia this past election cycle. Abrams ran an unabashedly immoral campaign which not only highlighted but often celebrated the dissolution of Traditional Americans to the benefit of Neo-Americans through Third World immigration - immigration that is, again, legal.

Whatever one thinks of the nauseating excesses of Abrams and her utter disregard for the "dead, old, men" of posterity who have provided her so much, the sad fact remains that in a very real sense her premise is correct. The woman lost the race for Georgia Governor by a margin of 60,000 votes.

This is the same number of migrants who enter the United States every 3 weeks - legally.

These New Americans are of a divergent heritage than those who came before them and of those whom they replace. By and large, these do not believe in the personal responsibility or private enterprise necessitated by limited government.

These groups come from collectivist ethnicities which favor broad social programs to make choices for them. The very notion of Freedom of Speech is in a palpable sense foreign to them and many if not most would have no objection to the State censoring words injurious to their delicate sensibilities.

One may only look at such individuals as Alexandria Ocasio-Cortez and her ilk to see what they portend.

Just this week the newly-minted Representative put forth her Green New Deal platform for the nation - one which will be all too familiar to Russians of a certain age - wherein she (seriously) advocates for: employment for all (or payments for those who do not care to work), high wages and liberal holidays for all, health care for all (paid by the government), upgrade or replacement of all (as in every single) building not energy efficient, construction of high-speed rail (everywhere) and elimination of air travel.

Legal, Illegal and The Inassimilable

Migrants of themselves are obviously not inherently bad for a nation. Yet much like diamonds, the quality of such natural resources varies widely. From countries with high social capital, high intelligence quotients and those with high degrees of cultural homogeneity newcomers can add much to an already successful civilization - even one in which a dire financial situation seems imminent.

Meanwhile, importing excessively violent, borderline substandard intellects and those having greater experience with civil war than civil discourse is a recipe for disaster. Worse, it is a formula for generational disharmony and discord.

It is a legitimate question for any current citizen to ask of what benefit will those be whose social achievements do not include running water or indoor toilets to a nation rapidly moving through and beyond the computer era? How can one from a near-literal Stone Age culture properly acclimate to a Technological Age society? Does it not ensure the hindrance of the former and the frustration of the latter to intertwine such disparate abilities and aptitudes?

And before the ubiquitous cries of "racism" are hectored, it is fair to say that those in the more advanced civilization would have as little place in the devolved one. Few if any electrical engineers or rocket scientists would fare well living in a mud hut of Africa or amongst hill dwellers in Asia. To intersperse either is as noxious to one as to the other.

Furthermore, the exhausted trope divergent collections somehow benefit one another by proximity is patently false. Even if it were accurate, it is a notion more suited to a century ago than today.

International telephones exist, the Internet exists, Air Travel (despite the machinations of Alexandria) exists. Any wholesale importation of random personages is no longer necessary to "experience" one another.

The Party's Over - The Republican Party

It is not difficult to deduce the rationale behind the Republican penchant for Legal Immigration. Its leaders intend to squeeze the last blood from the American turnip before tossing it onto the compost heap.

They foresaw what was coming, decided they could not thwart it and have evidently concluded they will profit by scavenging the carcass of the country. In fairness, this strategy will be successful for a time.

Yet the Republicans will lose power. It is likely to occur in 2020. Trump won by "gaming the system" and winning in states which would ensure an Electoral College victory. Even so, he won none of the close prizes by more than 5% and several by significantly less. All of them have been changed by demographic shift during the intervening years.

All of which would be bad enough for classical governance without adding the oversaturated unpalatable ingredient known as "the largest number ever" of legal immigrants.

Soon Trump may learn the same lesson as every child at the breakfast table - too much of anything always ends up ruining everything.