To its shame and disgrace, the OPCW long ago abandoned its mandate "to implement the provisions of the Chemical Weapons Convention...to achieve...a world...free of" CWs. 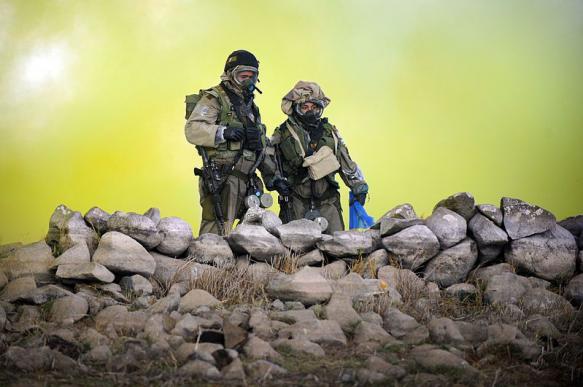 Nor do its on the ground missions and reports provide "credible and transparent" analysis following inspections of alleged CW incidents.

On March 1, its so-called Fact-Finding Mission (FFM) report on the alleged April 7, 2018 CW incident in Douma, Syria, issued way too late to matter, likely awaiting Washington's approval of its Big Lies, turned truth on its head saying the following:

Fact: The Douma incident was a US/NATO-staged false flag, Syria wrongfully blamed for a victimless nonevent - no one killed, hospitalized or ill from exposure to toxins, not chlorine or any other banned substance, nothing. The OPCW lied suggesting otherwise.

Douma eyewitnesses and local medical personnel debunked the falsified narrative. Visiting the site days after the alleged incident, Russian technical experts found no evidence of chemical toxins in soil samples and other analysis.

Yet the incident was falsely called a Syrian CW attack by Washington and its imperial partners - a bald-faced Big Lie to unjustifiably justify days later US, UK, French aggression on multiple Syrian sites.

Bowing to US pressure, the OPCW delayed visiting Douma for 11 days after the alleged incident, falsely claiming it was too unsafe, another bald-faced Big Lie.

The town was liberated earlier. Syrian and Russian forces guaranteed security for the OPCW team. The organization delayed releasing its report for nearly 11 months.

Russia's Defense Ministry earlier debunked the notion that OPCW inspectors found any evidence of toxins in soil samples - or from witness testimonies, adding:

The Trump regime wants the organization used as "an instrument of political pressure on Syria under the control for US machinations."

It demanded the OPCW rubber-stamp the falsified Douma narrative, its leadership saluting and obeying.

In response to its falsified report, Russia's Foreign Ministry said "(w)e are concerned that the mission prefers to completely ignore the substantial information provided by the Russian and Syrian parties confirming that this (fake) chemical incident had been staged by the pseudo-humanitarian organization White Helmets," adding:

"Russian experts in the field will carefully study the final report of the OPCW on the incident in the city of Douma and will soon share their assessments and considerations on this matter in detail with the international community" - debunking its fabricated findings.

The report's purpose was to unjustifiably justify US/UK/French naked aggression on Syrian sites - more of the same likely ahead following another staged false flag.

Syria's Foreign Ministry expressed outrage over the fake report, saying it was prepared by non-professional, biased personnel, falsely blaming Damascus for a staged false flag. pretending use of CWs, adding:

"This report does not differ from the previous mission reports filled with distorted facts" and bald-faced Big Lies.

It "ignored the statements of witnesses who lived with that incident and described the allegations of using chemical weapons in Douma as a play performed by armed terrorist organizations."

The Trump regime and its imperial partners will surely use the report to pressure and blame Damascus for a non-incident.

Syrian technical experts "eas(ily) discover(ed) that the OPCW experts were lying when claiming that they investigated the incident in the report from various aspects."

Their report excluded "neutrality and objectivity, as they ignored the possession of toxic chemicals by terrorist groups, although the mission found those substances in the warehouses of terrorists when they visited them."

After sticking with the official narrative in reporting on the alleged Douma incident last May, the UK-owned-and-controlled BBC has egg on its face.

"After almost 6 months of investigations, I can prove without a doubt that the Douma hospital scene was staged. No fatalities occurred in the hospital."

No Douma residents were affected by toxic chemicals, "everything...around the (alleged) attack...manufactured for maximum effect," adding:

Al-Nusra jihadists controlled "Douma with an iron fist. They co-opted activists, doctors and humanitarians with fear and intimidation."

In response to his revelations, the BBC and other Western media suppressed them, sticking to the official Big Lie, suppressing hard truths - the way they always operate, serving as press agents for powerful interests.