The neverending containment of Russia 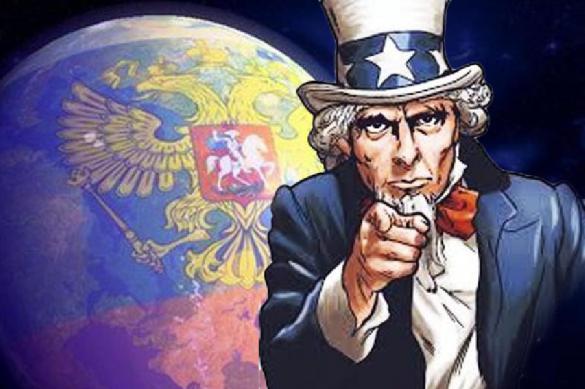 In 1946 in the famous "Long Telegram" George Kennan, a US diplomat based in Moscow, denounced that the next threat to the existence of the free world would come from the Soviet Union. According to Kennan the combination of ideological elements, namely the Marxist-Leninist thesis of the capitalist encirclement aimed at killing the proletarian revolution, and cultural attitudes, namely the expansionist and imperialistic ambitions inherently part of Russian history, should have pushed the United States to annihilate the Communist threat through a farsighted containment along the Soviet borders.

It is from this moment that, by understanding the importance of the hegemony over Eurasia, the United States decided to enter into the Great Game, since then fought by the British Empire, and to make the control over the Heartland one of its priorities.

Gathering the legacy of Sir Halford Mackinder, one of the founding fathers of geopolitics, the focus of Washington's foreign agenda shifted from the control over the "backyard", namely Latin America, to Eurasia. According to Mackinder, Eurasia was different from any other continent, because it was the land of great civilizations, the residence of a large part of the world population, strategically accessible and unattainable with an adequate network of infrastructures, and with an incomparable wealth in terms of natural resources.

Because of these reasons, according to him, the British should have invested more resources not in the maintenance of a thalassocracy but in avoiding the formation of a hegemonic power in Eurasia by means of sabotages, the creation of buffer states, secret diplomacy.

In particular, Mackinder was worried about the possibility of a Russian-German alliance because from the union of the Teutonic industrial potentials with the endless resources offered by the Russian soil it could emerge a lethal power for the British hegemony, which was not only decadent but also anachronistic because founded on the domination of the seas in the era that would have enshrined the rule of land transport.

More than a century after the publication of The Geographical Pivot of History by Mackinder and more than 20 years after the publication of The Big Chessboard by Zbigniew Brzezinski, one of the most powerful strategists of the recent US history (strongly influenced by the Mackinderian school), it is easily noticeable how the suggestions about the control over Eurasia have been scrupulously followed by the United States.

In particular, Brzezinski's recommendations for an "Eurasian strategy" have become a reality: expansion of NATO and the European Union in the Balkans and in the Eastern Europe, removal of Ukraine from the Russian sphere of influence, pressure on the main Asian geostrategic pivots like Caucasus, Turkestan, Turkey, Fertile Crescent and Persian Gulf, to make the continent ungovernable to any wanna-be hegemon.

Decades of successful post-Cold war neo-containment have resulted in a favourable situation for the United States, but the events could still change in favour of Russia because of the emerging of China.

In fact, on the one hand the United States show interest in the deepening of the neo-containment begun after the dissolution of the Soviet Union, on the other hand the emphasis given to the War on Terror and Russia has allowed China to emerge as an economic major power whose planetary ambitions are threatening the stability of the American empire.

And it is precisely in this complicated context that the Trump administration strategy has been developed with the aim of lowering the risks of the imperial overextension by means of strategic withdrawals in places of secondary or declining importance (Syria, Afghanistan), compromise agreements wherever is possible to avoid escalations that would steal precious resources (North Korea), and make tailored traps to get the best result at the lowest cost.

Apart from some appreciation of Vladimir Putin and signal of openness, the Trump administration is being working very hard to bring Russia to the implosion: new agreements for military supply and deployment of new military, sale of heavy weapons to Ukraine, new rounds of sanctions, withdrawal from the INF treaty, on the background of a general sabotage of the Russian agenda for the Middle East.

Ronald Reagan docet and Trump learnt the lesson: sanctions to make pressure on the Russian economy and the prospect of a new arms race to push Russia (and China) in. The context is also similar: it is no longer Afghanistan, but Syria and Ukraine. The strategy can work: indeed the Russian economy continues to be dependent on the export of weapons and energy resources, while there are no farsighted plans for real and efficient diversification, but the budget of the world's largest state can not continue to depend only on two revenues.

It is true that Trump has occasionally shown a willingness to improve relations with Russia, but always dictating his own rules. There are ongoing talks about a possible future recognition by the United States of Crimea as a territory under Russian sovereignty. Trump himself said he left the possibility open. But it is an event that will take place according to the rules set by Washington. And in the United States, strategists know very well what to ask in exchange: China, ie they will try to push Russia out from Chinese orbit in order to avoid the birth of an alliance extremely dangerous for the creaky American-centric unipolar order.

It won't be easy to make the strategy work but the White House already knows what to do: exploiting the creeping and existing fears in the Kremlin about a Chinese-run Eurasia which would doom Moscow to play a peripheral role. The strategy could work because it has already successfully tested in the past, namely when the divisions within the international Communist bloc were cleverly exploited by Henry Kissinger to bring China out of the Soviet orbit.

This time the game would take advantage of what Kennan called the "traditional Russian insecurity" in order to turn two collaborative partners into two competitive rivals. Thanks to the withdrawal from the INF treaty, the military threats along the national borders, the economic pressure and the need to compete against the United States and China, Russia would probably implode in the same way of the Soviet Union. At this point, Washington could finally focus its efforts against the true target of this century: Beijing.

But the US strategy for Eurasia will work only if Russia and China will respond to pressures and threats as planned and until now Putin and Xi Jinping seem to have understood the American intentions and are deepening the strategic bilateral partnership in every important sector. Also, Russia does not seem interested in taking part in a new arms race and the economic pressures could be relieved with a strengthening of the Eurasian Economic Union.

The last point is the German question. Both Mackinder and Brzezinski feared the emergence of a possible Moscow-Berlin axis. Until now, thanks also to the underground economic warfare waged by the United States against Germany, Chancellor Merkel has satisfied every US directive, even freezing profitable energetic projects such as the Nord Stream 2.

But if Macron and Merkel's plan for a new Europe more autonomous from Washington come true, there could take place also a reevaluation of their current positions about Russia.

In any case, Russia can not have trust in the European Union, because it acts on the basis of contingent interests and defends American agenda in every possible sector even when against its own interests. The only way to deal with the neverending containment is to read Mackinder and Brzezinski and understand the importance of having a counter-strategy for hegemony over the Heartland.