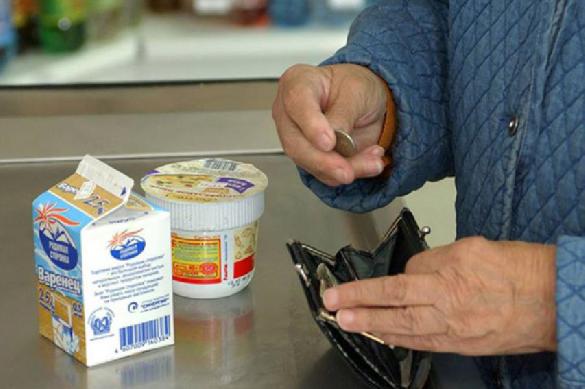 When it comes to Russian politics, there is hardly a topic more highly contentious or more delicate than the pinnacle issue that is pensions and connotatively pension reform. It's an issue that comes prepackaged with perfervid emotions, high expectations, and a degree of sacrosanctity that has long held the prospects of pension reform evitable.

It's for this reason, last summer, while all the world's eyes were squarely fixed on Russia and the 2018 FIFA World Cup - ironically, all of Russia was fixated on an issue much closer to heart.

On the opening day of the FIFA World Cup, Russia's ruling party, United Russia, moved forward with a pension reform bill in the State Duma that proposed changes to retirement benefits and the legal retirement age. The most contentious aspect of the bill was that it specifically proposed extending the retirement age from 60 to 65 for men and from 55 to 63 for Russia's women. That in of itself was a huge move considering Russia has long had one of the lowest retirement ages in the developed world. Despite that, public opinion polls immediately showed that a majority of Russians opposed the proposed changes.

This, in turn, lit the beacons of opportunism for opposition leaders like Communist Party leader Gennady Zyuganov and Alexei Navalny to pounce and mobilize outrage against the reforms. Zyuganov, for example, objurgated the reforms with no shortage of hyperbole, calling them "cannibalistic" and accusing President Vladimir Putin of "sacrificing" pensioners. Navalny, for his part, was less sanguinary with his language, but echoed the same hyperbolic temperament - referring to the reforms as "a true crime" and a "robbery of tens of millions of people."

The problem with such opposition and consequently the debate at large - is that those arguing in the negative have so tainted the conversation with reckless appeals to emotion and garden-variety fear-mongering that little attention has been paid to the obvious benefits of pension reform. In truth, the proposed pension reforms are a turn towards modernity and an act of political maturity in the face of new realities.

In fact, there are three principal reasons why we should celebrate and welcome pension reform with open arms. First, there is ample evidence that raising the retirement age will actually translate into longer and healthier lives for average Russians. Second, raising the retirement age will generate higher productivity and with it higher economic growth -which will bring broader benefits to Russia's public. And lastly, reforming pensions will safeguard future generations of pensioners, while actually increasing the payout to pensioners. Allow me to spell those reasons out.

The first reason to cheer pension reform might not be the most obvious, but it's incredibly intuitive. That is, despite what opponents to pension reform might say about the unfairness of raising the retirement age - that people will not live long enough to collect their pension benefits under the new system, the research suggests that setting a higher retirement age will actually translate into longer life expectancy because working encourages physical and mental activity, both of which are vitally important in older adult health.

Now hear me out. Unfortunate as it is, our bodies and minds work on the preordained principle of utility, "if you don't use it - you lose it." Ask any Olympic or professional athlete and they'll tell you this rule of life is real. When a professional athlete goes a prolonged period without training, he/she quickly lose their form, their ability, and their level of performance. The rest of us are no different. It doesn't matter if you're a world-renowned athlete or an average Joe (or perhaps an "average Alex" if you prefer a Russian-equivalent), the principle of utility applies to us equally. If you don't use your physical or mental faculties - then you'll lose them.

Older adults are no exception. In fact, older people are even more vulnerable to decline than 'kids these days' due to the sheer nature of aging. Retirement often accelerates that decline because retirement itself often connotes a dramatic cutback in physical activity, a decline in social interaction, and a significant drop in mental exercise - all of which play against the principle of utility. This isn't a novel discovery, it's something we all know intuitively.

Given that, it's not surprising that retirement has been shown to have a significant negative impact on cognitive ability and physical health. In contrast, working longer encourages the sort of activity that contributes to you living longer. That's because when you work - you're traveling to and from work, you're communicating with other people, you're constantly completing physical and mental tasks - all of which keep your body and mind sharp - and all of which deserve a cheer for pension reform in Russia.

One of the fundamental challenges to creating economic growth is finding ways to generate higher productivity across the labor force. It's also one of the most difficult tasks for governments to spearhead because higher productivity is usually an organic product of private sector innovation. From the industrial revolution to the digital revolution, private companies have typically led the way to higher productivity. Only on rare occasions do governments actually have the cards in hand to make significant strides in tangibly increasing productivity, but luckily for Russia, pension reform is one such card.

By raising the retirement age, the government will be simultaneously raising the productivity of Russia's workforce by injecting millions of able-bodied workers back into the labor market. Having more able-bodied individuals working is a net good because the increase in productivity it brings is synonymous with economic growth and broader benefits. When someone is working - they are producing value that generates wealth, they are paying taxes, bringing more wealth to the country and even contributing in the form of saving and investing money, which is in turn used to determine interest rates and allow others to access capital across the economy.

In a very literal sense, individuals are akin to economic units - units with varying degrees of macroeconomic influence. One individual's output reverberates to influence the collective. It's like saying there are "six degrees of separation" between ourselves and others we share an economy with. One person's economic output is a factor in the grand equation of another person's economic reality. The output created by our work factors into things like purchasing power, interest rates, and even wage growth - things that impact us all. It just so happens that more individuals working and generating output (i.e. higher productivity) translates into more economic benefits for us all.

It's for that reason, the World Bank projects that a gradual increase in the retirement age (as laid out in the pension reform policy) will add an extra 0.3-0.4 percent boost to economic growth rates between 2020-2028. That translates into introducing more than 50.4 billion dollars into the economy and into Russian households. In the same way that economic prosperity during the 2000's rendered significant gains in the standard of living for people all across Russia, economic growth in the next decade will do the same.

If every worker in Russia just worked one year longer, the economic benefits would be palpably on display. The fact that opposition leaders lambast the proposed reforms as akin to "robbery" is ironic given that delaying pension reform actually robs the public of billions upon billions of dollars in economic growth. The loudest objectors to pension reform like Zyuganov and Navalny, either don't know this or they don't care. But in any event, the facts are not on their side.

The fact is that raising the retirement age will generate higher productivity and with it higher economic growth, which is a force for good and a goal worth pursuing.

Consensus on public policy is often a delicacy among economists and academics, but when it comes to the economic case for pension reform - the evidence is in and so is the jury. That is, economists and academics across the globe are practically unanimous in recognizing that Russia's proposed reforms are not only beneficial but essential to Russia's modern sustainability.

The current retirement age that opponents argue should stay the same was actually set back during the 1930s, which suggests it's more a relic of the past than a standard for modern pension policy. As Prime Minister Dmitri Medvedev has correctly pointed out, life expectancy in Russia has increased by more than 30 years since then and so too have the realities. Above all is the vexing reality that Russia's population is "graying" - that demographically the general population is becoming older and that soon there will not be enough young(er) individuals to fill the shoes left by older generations.

As a matter of fact, experts project that Russia is on track to lose more than 5.5 million able-bodied workers by 2030 if the government doesn't step in and raise the retirement age. This presents a real problem for economic security and even the longevity of pension payments. That's because Russia's pension system runs on a pay-as-you-go principle - meaning that today's worker are subsidizing current retirees and that the smaller the country's labor force becomes, the harder it will be to fund Russia's Pension Fund that supports pensioners. As it is, the Pension Fund of Russia is currently running a deficit of more than 256.8 billion rubles ($4.1 billion), hence this is already a problem that demands a solution.

It's for this reason, economic savants like former Finance Minister Alexei Kudrin have argued that the necessity of pension reform has "been obvious for a long time" and will actually benefit pensioners in the long run by increasing the budget allotted to paying out pensions.

In point of fact, the average monthly pension payout was 14,100 rubles in 2018. However, thanks to pension reform, pensioners will see an increase in their pension payments of more than 41% percent by 2024 - which means raising the retirement age will not only preserve the pension system as a staple of Russia's social safety net, by all indications it will also raise the amount pensioners receive - making their lives easier.