Hezbollah forces are a significant counterweight to US/Israeli aims for unchallenged regional dominance - why both countries aim to neutralize them. 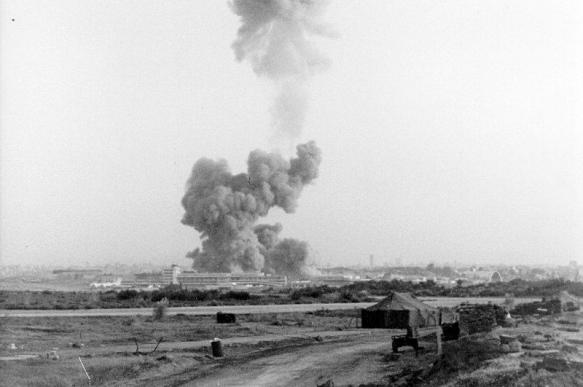 According to Russian envoy to Lebanon Alexander Zasypkin, conflict between Israel and its northern neighbor is possible - despite how Hezbollah forces humiliated the IDF during 2006 Israeli aggression against the country.

The US presence in the region is hugely destabilizing - together with NATO, Israel, and their imperial partners, they aim for regime change in Syria and Iran, along with wanting Hezbollah and Hamas eliminated or greatly weakened.

"(T)he region is at a crossroads," said Zaypkin, adding "(p)eoples are demanding the settlement of existing crises, the return to a peaceful life, and the development of cooperation."

"A negative alternative to this is the incitement of new conflicts by the Americans, which could involve many countries as well as ethnic and religious forces."

Instead of cooperating with Russia for resolution of regional conflicts and promoting stability, the US, Israel and their imperial partners intend increased hostilities - part of Washington's permanent war agenda.

The US and Israel have a score to settle with Hezbollah - for the 2006 war, along with aiding Syria's Assad make great strides toward defeating US/Israeli-supported terrorists in the country.

"Hezbollah sided with its lawful authorities, seeing the fight against terrorists in the region as its duty," said Zasypkin, adding:

"The party took a responsible approach to what was happening in Syria and the region as a whole and contributed significantly to terrorists' defeat."

Hezbollah is a significant part of Lebanon's government, aiming for regional peace, stability and security, its agenda polar opposite aggressive US/Israeli policies.

At the behest of Israel, the State Department falsely declared Hezbollah a terrorist organization. It's nothing of the king. Neither is Hamas.

Hezbollah is far more powerful than a decade earlier, its sophisticated weapons able to strike Israeli targets with precision accuracy, why its Secretary-General Hassan Nasrallah believes "Israel is scared of a new war," adding:

"Every day you hear that Israel is not prepared for war in one way or another, and this week (referring to early March) you saw Israel began using the American THAAD system. They don't even trust the missile defense systems they developed themselves."

According to the document, plans call for creating divisions between Lebanese Internal Security Forces and the nation's army.

On the phony pretext of pursuing and maintaining peace, the scheme aims to instigate sectarian conflict against Hezbollah, destabilizing the country to "help Israel on the international scene."

Jewish state involvement reportedly will include staging CW and other "covert false flag(s)" as a pretext for possible IDF cross-border attacks.

During Pompeo's meeting with Lebanese President Michel Aoun last month, he demanded removal of Hezbollah from the government, along with acting against its operations in Syria - threatening US sanctions on Aoun and Lebanon if refuse to bend to Washington's will.

According to Geopolitics Alert, " the US and Israel are plotting behind closed doors to create sectarian conflict in Lebanese society and its democratic political process, similar to actions in Syria, Libya, Yemen, Venezuela, Iran, and" elsewhere.

Events in Lebanon ahead bear close watching. If the above information is accurate, regional conflicts and chaos may escalate in the coming months.