The attack against the rising multipolar order goes through Nicaragua 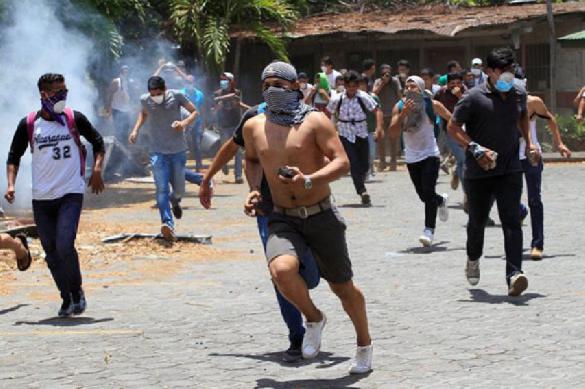 Nicaragua is a Central American country whose control has been historically a top priority of the US foreign agenda for Latin America. The country's perfect geostrategic position is the reason of its curse: it is halfway between Mexico and Colombia, near Panama, a strip of land between the Caribbean Sea and the Pacific Ocean.

The possibility of a second "Cuba-scenario" pushed the United States to feed one of the longest civil wars in history, which lasted from 1961 until 1990, provoking over 50 thousand deaths.

Less than 30 years after the end of the bloody conflict, the interests and destinies of the world's greatest powers meet and clash again in this geographically-cursed country - an event that provides the explaination to the new outbreak of destabilization that since 2013 has caused more than one thousand deaths.

A few weeks ago, John Bolton, Trump's national security adviser, stated that "the Ortega regime has its days numbered", suggesting that Nicaragua is the main geopolitical target in Latin America immediately after Maduro's Venezuela.

In fact, Nicaragua and Venezuela, in addition to Cuba and Bolivia, are the main threats to the stability of US hegemony on the continent, because they are led by anti-American leftist governments involved in a multi-sector strategic collaboration with China and Russia, and lastly they host Hezbollah's cells.

It is no coincidence that the anti-government protests against Daniel Ortega, the leader of the Sandinista revolution and the war against the Contras, broke out in 2013 on the occasion of the announcement of a Chinese-funded pharaonic project aimed at building a canal able to challenge the one of Panama.

The Hong Kong Nicaragua Canal Development Investment Company had obtained from the Parliament a fifty-year concession for the construction of the 50-billion-dollar canal. However, the explosion of violence, whose intensity gradually increased reaching the contours of a civil war, finally convinced the company to cancel the project last February, due to the excessive instability prevailing in the country.

A canal capable of competing with Panama, openly challenging the United States in its own backyard, had gained attention also from Russia and Iran, who showed interested in participating in the project, but the possibility that an investment of this magnitude could evaporate due to a regime change made the strategic retreat prevail.

The protests continued even after the Chinese retreat and have gradually intensified, and the reason of the persisting instability is clear: China is no longer a threat, but Russia and Iran are still present in the country and show no signs of abating.

Moscow has been continuously present in the country since the outbreak of the civil war, during which it financed and armed the Sandinistas, while Iran arrived more recently, bringing with it Hezbollah, which would carry out espionage activities and illegal trafficking with local drug cartels on behalf of Tehran - according to US and Israeli claims.

Economic and humanitarian cooperation between Managua and Moscow has turned into a close military collaboration in the aftermath of the spread of anti-government violence. Since 2015, the parliament has been allowing Russian military ships to moor in the country's ports, while the government has concluded a series of agreements for the purchase of tanks, planes and missiles, making the country heavily dependent on the import of Russian weapons and ammunition, which account for 90% of total military imports.

Ortega has also requested and obtained the sending of trainers specialized in asymmetric and urban wars, who are teaching the Sandinist paramilitary forces the latest tactics in the field of "hybrid threats" containment, such as the protests typical of colored revolutions. To date, about 400 Russian soldiers are present in the country and many of them reside in the Marshall Georgy Zhukov training center, inaugurated in 2013 by General Valery Gerasimov.

In 2017 the State Department was alarmed by the construction of a satellite base, dubbed "Chaika", connected to 24 Russian satellites in the framework of the Russian Global Navigation Satellite System (GLONASS), that is the Russian alternative to GPS.

It is a common opinion among Trump's strategists that the Obama administration has guiltily devoted too much attention to Syria and accordingly underestimated and overlooked the risks and the extent of Russian-Iranian penetration in Latin America's last three strongholds of the revolutionary left, Cuba, Venezuela, Nicaragua.

It is no coincidence that Trump has decided to reduce the direct and indirect commitment in Syria, reorienting the foreign agenda on Latin America, Russia, China and Iran. A powerful hit to what Bolton called the "Troika of tyranny", namely the Cuba-Venezuela-Nicaragua trio, in fact would mean to hit also Russia, China and Iran, which in different ways and degrees have set foot in the backyard and don't want to back home.

If it is true that the destabilization of Nicaragua seems to have distanced China from the country, at the same time it is true that the investments have been redirected towards Panama, which recently also interrupted bilateral relations with Taiwan to follow the "One-China Policy". From 2017 to 2025 China has planned to invest over 20 billion dollars in the country, both aimed at strengthening the national infrastructure network and the canal.

The abandonment of Nicaragua can be read by some as cowardice, but for Chinese diplomacy it was a strategic move: why build a new canal, in a country perhaps close to civil war, therefore risky for business, when is possible to penetrate directly into the existing one? And the idea, which would have been developed by the Chinese ambassador in Panama Wei Qiang, convinced Xi Jinping.

As for Iran, it is since 2012 that the United States and Israel have been exposing the presence of Hezbollah men in Nicaragua. According to them, the Iran-backed political-military organization would have built bases along the border with Honduras, establishing business ties with drug cartels and the government, and recruiting members to be sent to the Middle East.

Complaints about Hezbollah aside, relations between Iran and Nicaragua are excellent since the  Mahmoud Ahmadinejad era. The two countries are tied by numerous trade and economic agreements, which were furtherly strengthened in 2016 as a result of the visit of the then Foreign Minister Mohammad Zarif.

The fall in the instability of the country has not alienated Iran which, in the same way as Russia, sees in Sandinism an ideological support point, as well as political and economic, useful to the contrast of the American empire in the world. Russia, China and Iran are moved by similar foreign agendas but act according to a different vision: Beijing sees and puts business as a top priority, Moscow and Tehran consider the economic diplomacy important but not the only factor.

2018 in Nicaragua ended with a war bulletin: +500 dead, +3 thousand injured. On the background of daily violence, the government is trying to improve the economic situation and the difficulty to do it contributes to exacerbate the climate of violence, forming a self-perpetuating vicious circle.

The explosive situation prompted Ortega to announce the start of negotiations with opposition forces, civil society, and the Catholic Church - the latter as an observer and mediator, with the aim to restore peace and order in the tormented country.

If Ortega's initiative is going to have success, the country could avoid a new civil war and return to the path of normalization, as advocated by Russia, Iran and the Holy See, for this reason all these actors shall expect a tough interference coming from the United States aimed at undermining the peace process for as long as possible.

The Trump administration's neocons-written foreign agenda considers Ortega as dangerous as Maduro because both represent an obstacle toward the reconquest of Latin America. This is why the fight against the transition to a new multipolar order also goes through here, from Nicaragua.