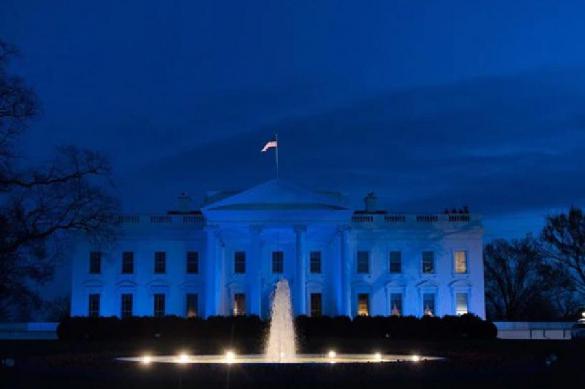 If there is one unwritten, but immutable, law governing the world, it is that people advocating for social change, or even revolution, are automatically at a disadvantage.

One reason is that those who uphold the status-quo are often also the ones profiting from it.  Absent significant motivation, they are not about to yield even a modicum of power or privilege, regardless of how corrupt or unjust this status-quo might be.

Those who advocate for change, on the other hand, might easily agree that such change is necessary, but vigorously disagree about how extensive it should be.  During the civil rights struggles of the late 1960s, for example, more traditional activists contended that laws against discrimination, and more opportunities for racial minorities to gain employment in a capitalist society, was an adequate solution, while younger, more militant activists, argued that nothing short of revolution and the destruction of the capitalist system would suffice.

Yet, even among these more militant activists, unity was hard to achieve.  Questions arose about who should be included in this revolution.  Some, for example, believed it was essential to include the working class, while others argued that America's working class was the same group that elected "law and order" candidate Richard Nixon to the presidency (twice!).

Also, some revolutionaries, who followed traditional Marxist thinking, contended that no revolution could be successful without the right social conditions being in place.  Others subscribed to Regis Debray's theory of focalism.  Focalism utilized the traditional Leninist theory of vanguardism, which contended that it was essential for the most politically enlightened to educate the masses, through words and deeds, about the necessity for drastic social change, and by doing so they could ignite the desire for revolution where none had existed before.

To support his theory, Debray explained how an initially small band of revolutionaries was able to defeat a numerically superior foe during the Cuban revolution.

It could be argued, however, that perhaps the proper social conditions were in place in Cuba to make its revolution a success.  This argument can be bolstered by the failure of Che Guevara's focalist efforts in Bolivia in 1967.

One of the most interesting arguments Guevara proffered was that revolutions were not only a necessity to overthrow repressive dictatorships, but even essential in a democracy.  Elections, in his view, were designed to placate the masses by providing the illusion of change without the reality of it.

Perhaps the most important social condition necessary for any significant change to transpire is when a substantial number of people come to believe they have nothing to lose if they oppose the status-quo.  In most dictatorships, where there are often mammoth income gaps between the wealthy and the poor, this desperation often comes easily.

But most democracies, like the United States (even with its huge income disparities between the rich and poor), have managed to provide all but the most impoverished with enough material goods to make them afraid of losing them.

An excellent example of this comes from a semi-biographical play written by the late, great Rod Serling.  In one scene, the main character laments to his friend, "You know how they do it?  They pay you $100,000 a year until you need that much to live on.  Then you spend the rest of your life terrified they're going to take it away."

It should also not be surprising that many of these material goods are diversionary in nature, designed to keep people so immersed in superficiality that they come to accept it as substance.

Those who doubt this, just look around.  People are glued to their telephones and other forms of social media.  So-called "news" is inundated with celebrity gossip, and people are more aware of alleged (and usually artificially manufactured) feuds between the rich and famous than they are actual conflicts where the innocent are dying.  People spend hours, even days, playing video games.  And those who think the blacklisting of former NFL quarterback Colin Kaepernick was about his alleged "disrespect" for the flag, think again.  Football is the ultimate diversion, with countless hours and dollars being spent watching and/or betting on games or participating in "fantasy" football leagues, not to mention a treasure-trove for advertisers.  Kaepernick shattered this diversion by compelling unwilling people to face the reality of racial injustices that occur both inside and outside of America's legal system, something the social control mechanisms of American society would rather have people ignore.

In 1994, a former employee of the State of Arkansas filed a sexual harassment lawsuit against Democratic President Bill Clinton. In 1998, the Republican controlled House of Representatives decided that some of the statements Clinton had made in response to this lawsuit sufficiently arose to the "high crimes and misdemeanors" standard required by the United States Constitution, and they voted to impeach him on two charges: perjury and obstruction of justice.

Fast forward to the coup of 2000, when a corruptly politicized United States Supreme Court appointed Republican George W. Bush president of the United States.  Thanks to this appointment, the Bush administration did and/or sanctioned the following:  Lied, in order to enrich their cronies in the oil and armaments industries, about Iraq possessing weapons of mass destruction-a lie that resulted in the deaths of thousands of American soldiers, hundreds of thousands of Iraqis, and the destabilization of the region; advocated the use of torture, even the torture of American citizens; obliterated the Constitutional right to due process; and abused the material witness statutes.  And this is only a partial list.

But even though the Democratic party held a majority in both the House and Senate from 2007-2009, Bush's actions, in this party's eyes, did not meet the "high crimes and misdemeanor" criteria.

Then followed Democratic President Barack Obama, and a weary world, sickened by the Bush years, awarded Obama the Nobel Peace Prize, despite the fact he had done nothing to deserve it, and, as his presidency progressed, even demonstrated he was completely unworthy of it.  Through his lackey, then-Attorney General Eric Holder, Obama did everything in his power to not only ensure those who engaged in torture and war crimes during the Bush years went unpunished, both criminally and civilly, but even zealously prosecuted and imprisoned people who exposed these crimes.

The result was that former torturers became law professors, federal judges, and one even heads the CIA-the very agency responsible for much of this torture.

Yet, when the Republicans talked impeachment, not one of their alleged impeachable crimes dealt with Obama's coddling of torturers and war criminals.

Now we have Republican Donald Trump, and a Democratic majority in the House of Representatives.  And once again this party's abject stench of cowardice is ubiquitous.  Despite allegations in the now famous (or infamous) Mueller Report that Trump repeatedly attempted to obstruct justice, this still, according to the so-called "mainstream" Democrats, isn't enough to impeach him (even though it was sufficient enough for the Republicans to impeach Clinton), nor is the fact that Trump violated federal law by paying "hush money" during his campaign to silence women about sexual relationships he had with them.

The principal excuse being cited for why Democrats are terrified to impeach Trump is that it could negatively impact Democratic candidates during the 2020 election.  Yet the facts don't bear this out.

First of all, the Republicans did not hesitate to impeach Clinton, even though it was politically unpopular to do so.  According to a 1999 article on CNN.com, only "a third of the country" supported his impeachment, and more than 50% agreed with the Senate's ultimate decision to allow him to remain in office.  In addition, as discussed above, Republican George W. Bush obtained office after Clinton.  Although the machinations used to get him there were duplicitous, they never could have happened if the election had not been close.

In other words, the political fallout against Republicans for the impeachment of Clinton was negligible.

And it should not be forgotten that Trump lost to Hillary Clinton by almost three million votes, winning only because of the anachronistic idiocy of the so-called "Electoral College."  And, despite Mueller's assertion that no "collusion" took place between Trump and foreign governments to ensure his election, it has also been determined that bogus posts by foreign governments on social media sites were designed to help Trump garner votes.  This determination has resulted in some of these sites pledging to be more proactive in preventing "fake news."

So, the mainstream Democrats' excuse about the fear of political "repercussions" if they impeach Trump is specious at best, and gutless at worst.

If you're asking why there was a discussion about the need for change, and perhaps even revolution, at the opening of this article, the answer is simple:  Ever since the dawn of the new millennium, Americans, election after election, have trudged to the polls (if they bother to vote at all), to sheepishly vote for either the party of the criminals (Republicans) or the party of the cowards (Democrats).

It's time for that to change, even if it takes a revolution to do it.