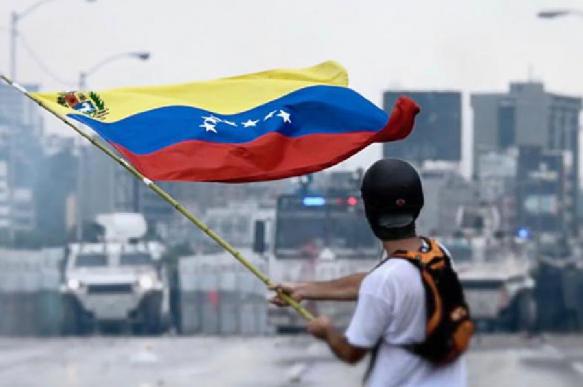 No one expected that Juan Guaidò's call for popular uprising launched for April 30 would have turned into an attempted coup capable to force Nicolas Maduro to take refuge in safety and mobilize both the armed force and the Bolivarian National Militia to suppress the clashes and protect the strategic points of Caracas from the demonstrators' violence.

What happened that day reminds of the famous colour revolutions created by American strategist Gene Sharp, one of the masterminds behind the "European Spring" against the dying Communist regimes in the 1990s. The scheme is the same: apparently peaceful protests led by charismatic figures in opposition against an alleged tyrant turn into well-organized mass mobilizations carefully devoted to the paralysis of strategic points and the conquer of the most sensitive sites, on the background of a large-scale international media coverage, military defections, fake news, and so on.

To date, Guaidò is recognized as the legitimate president of Venezuela by 54 countries, while Maduro keeps being supported by most of the world countries, but more importantly his authority is recognized by the majority of Venezuelan citizens and military forces. However, Guaidò fully demonstrated that despite being the voice of a Western-backed noisy minority, he is able to challenge openly and dangerously Maduro's order, and his struggle against him reached the highest peak on April 30.

The Trump administration wants to close the "Venezuela chapter" and periodically remembers to Maduro and his allies that a regime-change military operation is "on the table" awaiting to be endorsed. However, the United States is aware of the high costs and risks related to a direct military intervention and since now it has been betting everything on Guaidò and the famine induced by the economic warfare. Furthermore, the United States is targeting with sanctions Maduro's most important partners, such as Cuba and Nicaragua, making harder to help him.

Public opinion and political analysts believe that "military option" stands for "direct military intervention", but in reality it could mean something very different and more nuanced such as the endorsement for an unconventional warfare carried out by private military companies, namely flagless soldiers fighting for a flag, the US one in this case.

According to Reuters, Academi (ex Blackwater) would present an intervention plan to the Trump administration, based on the sending of a 5-thousand-soldiers army mostly composed by Latino mercenaries with the aim to create a "dynamic event" to break the ongoing stalemate and help Guaidò overthrow Maduro. According to the same sources, Academi's plan would be warmly welcomed by Trump's advisors also because Erik Prince, Blackwater founder, is a powerful lobbyist tied to the religious right, the Republican Party, the neocon environment, and the industrial-military complex.

The point is the following: whether the White House would endorse Academi's plan or not, ordinary citizens would not know it since the military outsourcing has traditionally been treated as a highly confidential information.

Private military companies are a reality in nowadays' international relations and usually they are used as complementary forces to regular armies, but more often they are used to carry out dirty operations, such as tortures, false arrests, kidnappings, sabotages, and so on. The employment of contractors frees both the armed forces and the employing country from the responsability for crimes against humanity and war crimes before the international law.

Academi was founded in Washington in 1997 by the ex-Navy Seal and right-wing lobbyist Erik Prince and it was known as Blackwater until 2010. Due to its pioneeristic nature, the company very soon became the first provider of military outsourcing for the United States, particularly for the Pentagon and the CIA.

Since the launch of Bush's War on Terror in the Post-9/11, the United States signed several million-dollar contracts with the then-called Blackwater for the employment of contractors in the main battlefields, such as Afghanistan, Iraq, Pakistan, Arabian Peninsula. The close relation between the American presidents and the powerful company has continued during Obama era, when Academi contractors were employed in Syria, and Trump era, with the sending of contractors in Yemen.

The company caught international media attention on September 16, 2007, when a group of contractors killed 17 people and wounding 20, all civilians, while escorting an official US convoy, in Nisour Square, Baghdad. According to the following FBI official investigation, which led to the sentencing of 4 Blackwater soldiers from 30 years to life, the massacre took place without apparent reason.

Until the massacre, it was a Blackwater's common practice to use the force, considered as a deterrence tool, even against unarmed crowds of people, to protect US officials. That day, the excessive crowd was considered a potential danger for the safe transport of the US convoy and therefore it was decided to free the square by opening fire, in order to kill and scare people and force them to run away.

Nisour Square scandal did not lead to a break-up between the United States and the Blackwater, to the contrary it led to the unofficial incorporation of the company in the military-industrial complex. In fact, in 2010 a group of Pentagon-linked private investors took over the Blackwater and changed its name in Academi. The investors were: attorney general John Ashcroft, former Republican MP and lobbyist Jack Quinn, former NSA director Ray Inman, and Texas' businessman Red McCombs.

Officially, Prince plays no role in Academi, but in reality he keeps being the gray eminence behind the numerous million-dollar contracts signed by the company with the American government and its allies, such as Great Britain, Israel, United Arab Emirates, Saudi Arabia. The employment of Academi contractors for UAE and Saudi Arabia became known in 2015, when six soldiers were killed in Yemen, where they fight alongside the Saudi-led coalition against the Houthi rebellion.

Academi is not only the world-largest private military company, but it is also a powerful pressure group within the American military-industrial complex. During his 20-year-long post-Navy Seal career, Prince managed to build a national-level network composed by influential members of the Republican Party, the neocon galaxy, and the religious right, as shown by his close relationship with  Pat Buchanan, Ron Paul, Mike Pence, Mike Pompeo, Steve Bannon, Mitt Romney, John Bolton, Jared Kushner, and Trump family.

Prince is the mastermind behind Trump's decision to withdraw US troops from Syria and Afghanistan, two withdrawals that mean replacement of regular armies with mercenary armies but that have been wisely promoted worldwide as symbols of the Trump's alleged-isolationist will.

To date, we know that Prince is lobbying in the Trump administration also with the eyes on Iran and Venezuela. Both countries represent top-priorities for the current American foreign agenda. Prince would have some meetings with Trump's staff to discuss the deployment of Academi's small armies in the two countries to prop up the weak oppositions in their fight for a regime-change.

As already written, whether the White House decide to use Academi services to destabilize Tehran and Caracas or not it won't be a public news, but the fact several media are talking about Prince's latest moves means that something is underway.

The escalation in which Venezuela fell in the last months, including colour revolution-style protests, and attacks on the national electricity grid, could mean that someone else apart from the opposition is fighting against Maduro: the private and silent experts of unconventional warfare.