"The culture of peace is universal. It is shared by people and nations Worldwide. Today's "culture of war" is a US hegemonic project predicated on the creation of conflict and divisions within and between countries. It is this (unilateral) project of global warfare which is intent upon destroying civilization." 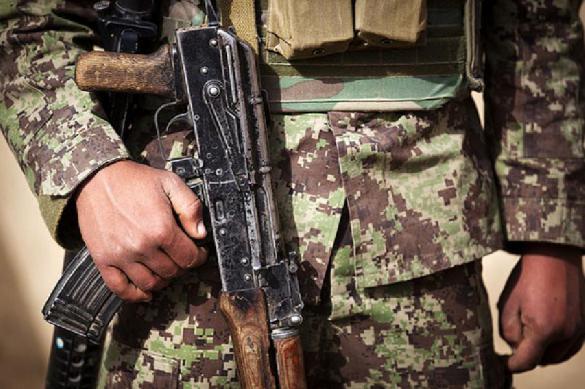 By Mahboob A. Khawaja, PhD.

The draconian ferocity of aggressive wars continues as we watch the unwarranted aggressive events unfolding against Iran in the Persian Gulf Region. One sees a contrast between a real issue and an imaginative problem. The motivating factor signals one thing that American ruling elite thinks: "we are the most powerful nation on earth" and nobody else should challenge our supremacy - the naïve malignity mindset of the American current leadership. In the 21ts century advanced technological warfare consequential outcomes will leave nothing intact except the dead entities of all the living beings. Be it Mr. Bolton, Pompeo or Trump, they have no logical understanding as to how their actions could undermine the rest of living humanity. In all probabilities, the war hysteria is a distraction from domestic issues facing the Trump administration. Rationality for peace requires objective reasoning. Could we, the conscientious humanity hold these naïve people back from triggering another nuclear disaster in the Middle East Arab region? Resolution of problems by reason and dialogue rather than belligerency and aggression. Sanctity of human life is grounded in the tenets of moral and intellectual leadership and being open to listening and learning to voices of REASON. If the Iranian leadership was smart, it should have acted fast to seek unity of the immediate neighbors (Turkey, Pakistan, Saudi Arabia) and of all the Arabs and Muslim nations to counteract a powerful moral force of reason to thwart the US plan. The world is fast becoming a violent place at crossroads. All ways of human life require safeguard and protection from great evils. Ben Tarnoff ("Weaponised AI is Coming. Are Algorithmic Forever Wars our Future?" ICH: 10/13/18), notes the speedy belligerency:

The wars of 9/11 continue, with no end in sight. Now, the Pentagon is investing heavily in technologies that will intensify them. By embracing the latest tools that the tech industry has to offer, the US military is creating a more automated form of warfare - one that will greatly increase its capacity to wage war everywhere forever.

America or its allies in the Arab Middle East face no formidable enemy except themselves against their own naïve designs of military superiority. There is no substance to any perceivable challenge  or military threat to America from Iran. So why should America rush its armada to the Persian Gulf?  It is not for peace, and not to protect the humanity from any imminent threat of war from any corners of the strategic game-play in the region. Rationally speaking, American leadership mindset appears devoid of reason and accountability. Wars do not bring diverse humanity to peacemaking but simply destroy the opportunities for dialogue and peaceful resolution of problems. Undoubtedly, the US current administration needs a powerful challenge to make a navigational change. Imagine if Russia or China were to employ their armadas across the Atlantic or the Pacific regions, would it be rational and a peace-making strategy for the global observers or for the American leadership? Today some 62 of the American organizations have asked the US Congress to consider a resolution to stop the war threats against Iran. America is imposing a sadistic war strategy on the rest of mankind.

The UNO and its major organs responsible for global peace and security have proven to be ceremonial debating clubs and acting contrary to the essence and purposes of the Charter.  The global humanity feels tormenting pains and wants to foresee systematic change and development of a new global organization responsible to the global community, not the abstract Nation States. Like the past, once again few Western egoistic leaders have manipulated the time and opportunities to dictate and undermine the interests of the mankind.  The global humanity is the net object of all their deliberations but without any meaningful role in challenging the few global warlords.

President Trump is in desperate need of rethinking of his role as an effective leader of America. Being a responsible leader, one cannot propel willful and meditated plan of foolish animosities and human destruction.  Once America was enriched with intellectual foresights to safeguard the rest of the mankind. But its contemporary leaders and major institutions seem to defy the logic of co-existing with the rest of the global community. For sure, American leaders lack even the essence of Thomas Paine's historic "Common Sense" to change, but historical change will replace America's global leadership image with others, more understanding and relevant to the mankind. American politicians are used to ignore the imperatives of global peaceful co-existence.

America appears to be at threshold of an unavoidable moral and intellectual transition of reasoning but it is not following through the rational process of change and future-making.  The Washington-based war culture has incapacitated the US policy makers to think rationally and act responsibly in global affairs. Strange as is, President Trump and John Bolton cannot explain cannot explain why every day 18-25 US war veterans commit suicides? ("Why Do Soldiers Commit Suicide and Global Warlords." Uncommon Thought Journal, USA). Moral and intellectual darkness is renewed under the current leadership of the Commander in-Chief of the US armed forces. Do the leaders care to protect the precious human life? Most contemporary politicians are not responsible leaders but stage actors pretending to be representing the national interests. They learn to excite the emotions of the electorates to win elections but fail to act as responsible leaders. They view the humanity just in numbers, not an object of precious life and value in the larger universal context. Most often, these people are disconnected with the annals of normal human thinking and affairs, suspicious and paranoid and they see success to be achieved at the cost of ruthlessness, hatred, degeneration and viciousness - all part of their inborn value system, making politics as a dreadful game of egomaniac mind, deceptions and strategic priorities. This requires intelligent commitment to principles of international peace and security for all, non-aggression in the working of global systems, protection of life and a balanced ecological culture of co-existence within the encompassed Universe -Man and the Humanity. America, a leading industrialized power is indifferent to these pertinent factors of life.

We, The People - The Humanity are Capable to Challenge the Dreadful Calamity of War

The aim of human happiness and solidarity is not violence, wars and aggression. All wars perpetuate violence, fear and vindictiveness against mankind and are aimed at destruction of civilizations and dehumanization of succeeding generations. Bruce Gambrill Foster ("The Scourge Of War: The Shameless Marketing of Violence" Information Clearing House), observes: "The connection between combating the violence of organized crime, for example, and war is easily bridged. In both, blood is spilled.... If even our simplest joys are couched in terms of conflict, death and domination, what hope is there to distinguish and abhor and eventually end the true villainy of armed conflict, the scourge of war?"

The global mankind is the net victim of the catastrophic madness of the few warlords. Did President Trump learn anything from the past to change anything because of the knowledge, history and facts of life to know his weaknesses and strengths of vision and to change and reform his mind and behavior when facts warrant a change, be it in policy making or global interactive behavior? After all listening and learning are critical factors for the changing role of the 21st century political leadership and so is the flexibility mechanism to be built-in for effective leadership. But there are no intelligent and proactive leaders with a vision of the future to see the imperative of One Humanity except naïve and self-geared egomaniac full of the sensation of power using triviality and viciousness to torture and kill the mankind and destroy ecological habitats. But contrary to the brutal perceptions and actions of the US-former Europeans imperialists, the international community is informed, mature, and enjoys the moral and intellectual capacity to know and understand the facts of life and to challenge the politically imperiled insensitivity to universal accord and Unity of the mankind against brutality of the Terrorism of Wars that unites them with a common fate more than divides them by any token of adversity and separate national identities.

Progressively evolving is a new information-age plausible global culture of Thinking of One Humanity and a new proactive civilization of strong bonds and affinity of people to people cultural communications - global citizenry participation in social, economic and political Thinking and Globalization - man in one part of the world feels, thinks and acts-reacts to what happens to any man in another remote corners of the globe. Mankind is neither blind, nor inept, it defines its own purpose, meaning and identity for peace and harmony that the established institutions of governance - be it in America, the Middle East or Europe or elsewhere miserably failed to recognize or value their importance in global political affairs. Paul Craig Roberts (The Next War on Washington's Agenda."), had a rational thought to ask the right question: