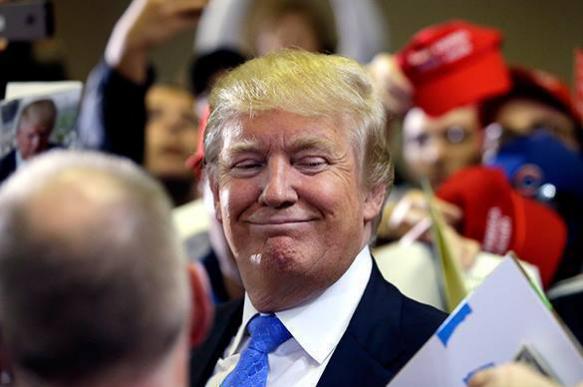 Throughout the post-WW II era, US presidents endorsed peace while waging endless preemptive direct and/or proxy wars of aggression on one nation after another worldwide.

All US wars are based on Big Lies and deception because hard truths would show no just cause exists for attacking other countries. None since WW II ended threatened America.

None threaten it now - not Russia, China, Iran, Venezuela, or nations the US attacked post-9/11.

Longstanding US policy calls for dominion over planet earth, its resources and populations. Peace and stability defeat its imperial agenda, why endless US wars rage with no near-term prospect for resolution, plans drawn to attack other nations when ordered.

Waging wars feed the US military, industrial, security, media complex, including Wall Street controlling the nation's money, the supreme power over all others.

Corporate America profits hugely from endless wars of aggression, why they're waged, along with wanting all sovereign independent nations transformed into US vassal states.

On Memorial Day, the nation honors its war dead, ignoring the responsibility of its leadership for going to war for power and profits, not over threats to US security.

Since WW II ended, US military personnel sacrificed their lives and welfare for imperial conquest and plunder, an endless cycle of permanent wars on humanity.

Powerful interests want the world made safe for corporate America. Wars waged have nothing to do with humanitarian intervention, responsibility to protect, democracy building, or protecting the US from foreign threats - everything to do with advancing the nation's imperium and profit-making.

Ahead of the Memorial Day weekend, a White House "proclamation on prayer for peace" was an exercise of mass deception, saying:

"...(B)rave Americans of every generation have given their last full measure of devotion in defense of our country (despite facing no foreign threats), our (fast eroding) liberty, and our founding ideals" by self-serving 18th century bankers, lawyers, politicians, merchants, slave traders, and others resembling what today we'd call a Wall Street crowd.

Honoring fallen warriors has nothing to do with what the White House called patriotism, what Samuel Johnson once called "the last refuge of a scoundrel."

Naked aggression against a nation threatening no one changed his life and countless others of his generation.

The same goes for many thousands of others involved in all US wars - physically harmed or disabled, affected by epidemic levels of post traumatic stress disorder (PTSD).

Earlier independent reports showed that nearly half of Afghan and Iraq war vets endure emotional and/or physical combat injuries, many maimed for life.

Other reports revealed that around two dozen US combat veterans commit suicide daily, consumed by unbearable trauma and emotional pain from what they endured in war theaters.

According to military.com, in 2018, "(t)he US military...experienced the highest number of suicides among active-duty personnel in at least six years."

The official numbers conceal what's unreported, a generation of US youths gravely harmed physically and emotionally from service in war theaters, suicides the tip of the iceberg.

It's the option for far greater numbers than the official few hundred, mostly post-combat service, countless numbers of vets unable to unjust to civilian life from what they endured.

Many deaths on active duty and back home aren't called suicides. Misreporting conceals the toll of wars on US military personnel.

Combat-related trauma is long-lasting, many suicide victims aged-50 or older. According to a Center for a New American Security (CNAS) report, veterans commit suicide every 80 minutes.

The study said "America is losing its battle against suicide by veterans and service members. And as more troops return from deployment, the risk will only grow."

Many vets return home feeling helpless. Marine Corps vet Jason Christiansen watched his life unravel. "At one point, I was sitting there with a gun in my mouth," he said. A friend urged him to seek help.

The Veterans Crisis Line gets hundreds of thousands of calls. Most often, help from the Department of Veterans Affairs is too little, too late, US policymakers showing indifference to its youth sent to battle on false pretenses.

As a 1950s vet, I personally saw the disturbing state of VA healthcare, including from conversations with Vietnam-era combat veterans getting sub-standard care.

It's because of inadequately funded/hard to navigate bureaucracy I experienced firsthand, why I long ago abandoned the VA as a source once free, then very cheap prescription drugs if available, my only occasional need. At times what I sought wasn't offered.

The White House "prayer for lasting peace...(for) a peaceful future in which the horrors of war are a distant memory" is belied by disdain for peace and stability by US policymakers - waging endless wars, dreaming of more.

In May 1950, weeks before Harry Trump's aggression against North Korea based on a Big Lie, a joint congressional resolution called on sitting US presidents to issue a prayer for permanent peace on Memorial Day annually.

On May 24, a White House statement said:

"NOW, THEREFORE, I, DONALD J. TRUMP, President of the United States of America, do hereby proclaim Memorial Day, May 27, 2019, as a day of prayer for permanent peace, and I designate the hour beginning in each locality at 11:00 a.m. of that day as a time when people might unite in prayer."

The hypocrisy of the above statement is glaring at a time endless US wars of aggression rage in multiple theaters against nations threatening no one.

Others could and no doubt will be launched ahead, part of Washington's permanent war on humanity, no end of it in prospect.