Is the Trump Regime Heading for War on Iran? 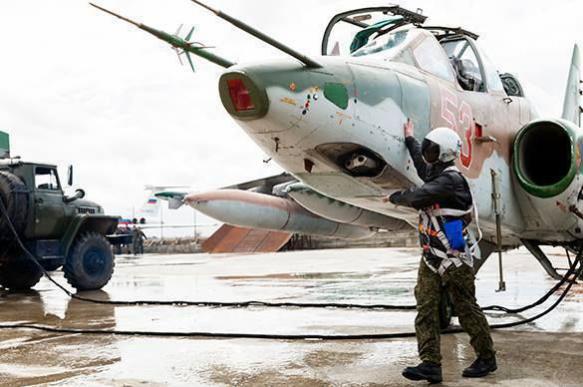 Will US war on humanity include Iran on its target list, a nation able to hit back hard if attacked?

Given the rage of hardliners infesting Washington for dominance over other nations, what's unthinkable and unlikely is possible.

Throughout the Islamic Republic's history since its 1979 revolution, ending a generation of US-installed fascist dictatorship, its ruling authorities never attacked another country.

They threaten none now, just the opposite. Iran is the region's leading proponent of peace and stability, seeking cooperative relations with other countries.

So why has the US been hellbent to topple its government since Jimmy Carter was president - more than ever since Trump took office?

Anti-Iran rage is all about its sovereign independence, opposition to Washington's imperial agenda featuring endless wars of aggression, along with support for fundamental Palestinian rights, free from occupation harshness.

It has nothing to do with an Iranian threat that doesn't exist, not now or earlier. Yet hostile rhetoric by US officials pretends otherwise - Big Lies drowning out vital truths.

John Bolton is pathologically hostile to Iran, carpet-bombing its ruling authorities with false accusations, including a bald-faced Big Lie that it's seeking to develop nuclear weapons - contradicting IAEA monitors affirming its compliance with JCPOA provisions.

Bolton repeatedly threatens Iran with tough talk, laced with Big Lies. On Monday, Mike Pompeo raised the nonexistent issue of Iran developing a nuclear weapon while ignoring nuclear armed and dangerous Israel, the only regional nation with a nuke arsenal and readiness to use it if threatened.

Pompeo lied claiming the Trump regime withdrew from the JCPOA "because it presented a clear pathway for Iran to continue to develop its nuclear (weapons) program."

It does nothing of the sort. The Trump regime's withdrawal was in deference to Israel, as well as fostering hostility toward the Islamic Republic for reasons cited about - what its illegal sanctions war and related actions are all about, seeking regime change, wanting US control regained over the country, its resources and population.

Pompeo suggesting that Iran is in breach of the JCPOA is a bald-faced Big Lie. So is claiming the Trump regime is concerned about its "breakout time" toward developing a nuclear weapon it long ago said it wants nothing to do with, no evidence suggesting otherwise.

Asked if he regards Iran's government as "evil," Pompeo responded "yes" - one of his many Big Lies about the country.

He called on Iran's ruling authorities "to cease their nuclear weapons program" they've never had and don't now.

He wants them to abandon their legal ballistic and cruise missile programs - solely for defense, unlike how the US, NATO, and Israeli operate.

"We want them to cease their terror campaign around the world (sic) that has displaced millions of people (sic) and killed hundreds of thousands of people (sic)," Pompeo roared  - high crimes the US is guilty of, not Iran.

Tough actions could follow tough talk. During his three-day visit to Britain, Trump turned truth on its head about Iran like he's done many times before.

Calling it a "terrorist nation" describes the US, not the Islamic Republic. Asked about possibly choosing the military option, Trump said "there's always a chance."

On Wednesday, Iranian President Hassan Rouhani stressed that his government "seeks the promotion of security in the region and is not willing at all to get involved in a conflict with other countries or big powers, but if they initiate a foolish act it will definitely be met with a firm response that will make them regret" their actions.

He justifiably denounced the Trump regime's "threats, pressures, blockade and economic sanctions" - the heavy-handed way the US deals with all nations it doesn't control.

Separately, Chinese President Xi Jinping arrived in Moscow for talks with Vladimir Putin. Both leaders continue building an alliance based on mutual respect.

They treat their counterparts of other nations the same way - polar opposite US rage for global dominance.

On arrival in Moscow before heading to participate with Putin at the St. Petersburg International Economic Forum as the featured guest, both leaders discussed pressing world issues, including about Iran, Venezuela, North Korea, and the US-initiated trade war with Beijing.

"Together with our Russian partners, we are prepared to propel bilateral relations to a higher level," said Xi - their unity a crucial counterweight to hostile US actions.