Hawkish US Media Have an Iran Problem 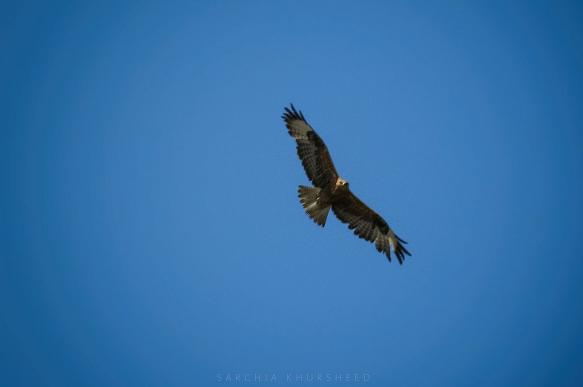 Iran and Venezuela are in the eye of the storm, Cuba and Nicaragua next in line, US control over Russia and China the grand prize.

And don't ignore Syria and other active US war theaters, conflicts all about gaining control over these countries, their resources and populations - or solidifying it in Afghanistan, Iraq, Libya, Yemen, Somalia, and Lebanon/Palestine partnered with Israel.

Establishment media pretend US wars of aggression (and by other means) are all about democracy building, a notion abhorred in Washington, tolerating it nowhere, especially not at home - fantasy democracy the US system from inception.

We the people meant them, not ordinary Americans. They created a government of men, not laws, how the nation is governed today by Washington rules exclusively.

America's second president John Adams explained it, saying the nation should be run by "the rich, well-born and able."

John Jay, the nation's first Supreme Court chief justice, affirmed the notion, saying America should be run by the people who own it.

That's the reality of democracy in America. No rule of the people ever existed. Governance of, by, and for the privileged few alone at the expense of most others is the American way - seeking global dominance, not just from sea to shining sea.

American exceptionalism, moral superiority, and the indispensable state don't exist, the nation an increasingly totalitarian plutocracy, oligarchy and kleptocracy, seeking control over all other nations by whatever it takes to achieve its objectives - war its most favored strategy.

Operating as press agents for powerful interests, they pretend nonbelligerent Iran, a preeminent peace and stability supporter, threatens the region and US national security - clearly not so.

Media watchdog FAIR (Fairness & Accuracy in Reporting) provides some of the best coverage of fourth estate pro-establishment reporting, anti-Iran bias prominent as the Trump regime heads toward possible war on the country.

Iran's nuclear program is entirely legitimate with no military component. No evidence suggests it seeks one, just the opposite, a technology it abhors and wants eliminated because of its threat to humanity.

IAEA monitors affirmed Iran's compliance with its JCPOA obligations 15 or more times. Britain, France, Germany, and other EU countries breached what they pledged to fulfill under the deal.

Iran has been increasing its uranium enrichment up to a 20% level - far below the 90% level required for nuclear weapons development.

Trump's illegal JCPOA pullout "is referred to in neutral terms" by establishment media, ignoring its illegality. Iran's legal actions are falsely called a breach of its obligations.

AP News: "Iran Says It Will Break Uranium Stockpile Limit in 10 Days," adding the announcement indicates its "determination to break from the landmark 2015 accord..."

The NYT: "Trump Adds Troops After Iran Says It Will Breach Nuclear Deal"

CNN: "Iran says it will break the uranium stockpile limit agreed under nuclear deal in 10 days"

A Fox News opinion piece headlined: "US goal in Iran should be regime change," saying:

Other establishment media failed to denounce Trump's unlawful pullout, nor are they against war on the country.

FAIR: The NYT "uncritically cited Secretary of State Mike Pompeo's statements that the US is 'considering a full range of options'-including military strikes-without mentioning that these would be violations of international law because they go against UN Security Council Resolution 1887, which requires peaceful resolutions to disputes regarding nuclear issues, in accordance with the UN Charter and the Non-Proliferation Treaty, which both the US and Iran are parties to," adding:

Establishment media "frequently attribute malicious intentions to Official US Enemies without going through the bother of presenting evidence."

"Iran is often accused of sneakily plotting to develop nuclear weapons, the way US ally Israel actually did when it built the only nuclear weapons arsenal in the Middle East."

"This is ironic, because Iran has actually been a consistent leader in the nuclear disarmament movement."

Ayatollah Ruhollah Khomeini refused to develop nuclear weapons in response to thousands of Iranians killed by Saddam Hussein's use of banned CWs, tens of thousands virtually disabled by chronic diseases from exposure to these toxins.

Reporting on Iran by dominant media is one-sided, vilifying the country unjustifiably, supporting war, deploring peace - mindless of the potentially catastrophic consequences of waging war on a nation threatening no one, one able to hit back hard if attacked.

The possibility of things turning out this way is far too great for comfort - because of US rage for regime change, supported by the fourth estate instead of being on the side of world peace and stability, what the rule of law demands.