US has three options to subdue Iran 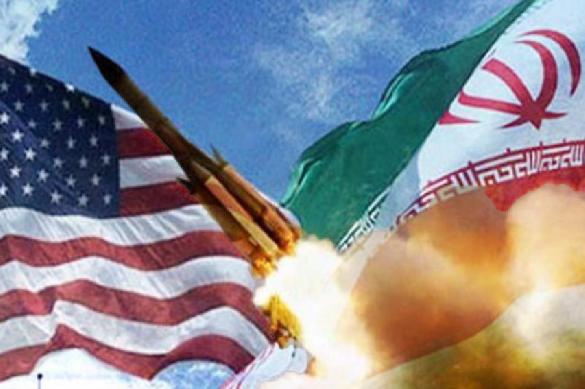 The explosive strategic environment in the GMER simmers ominously. As a macabre foreplay of a devastating war, brinkmanship and the battle of coercions is on in real earnest. The US is mustering its military might in the Persian Gulf Region and so are the Iranians. Iran has further threatened to scrap the JCPOA and restart uranium enrichment operations breaching the 300 kg enriched uranium and the 3.67% uranium enrichment limits laid down for it. (Already done!). Once the later limit has been breached then ostensibly the breakout time - the period it would require to enrich enough weapons grade uranium for at least one nuclear warhead - will fall below a year. That portends very serious strategic implications and consequences. Furthermore, the Iranians threaten to block and/or mine the Hormuz Straits which will send the global oil prices through the stratosphere.

For both the belligerents the strategic factors of Time & Space will be critical in what will essentially be an asymmetric war. The Iranian intent would be to expand the theater of war far and wide (Hamas, Hizbullah, Houthis) to dissipate US war effort on a much larger area than it might have planned for. It will include Palestine, Syria, Iraq, Lebanon, the Persian Gulf waterways, the Hormuz Straits, Afghanistan, Yemen, all hostile Arab lands et al. It will also instigate turmoil and subversion in the Shiite majority areas within these hostile Arab lands simultaneously to ensure diversion of military resources and efforts there as well. Furthermore, Iran will prolong combat and hostilities till it becomes absolutely untenable for President Trump to continue the war because of its negative impact on his Presidential Election Campaign 2020.

The US, on the other hand, will aim to restrict the theater of war to mainland Iran only and seek a short, destructive and decisive war followed by a quick extrication and a clean break; more like an overwhelming sledgehammer obliterating its victim in one solid fell blow! The US will try to restrict the hostilities to within the Iranian mainland and the Persian Gulf waterways/Hormuz Straits only. The Iranians will however contest and counter this violently, obviating a quick getaway.

Time & Space will thus define the operational strategies applied by both belligerents.

Important external factors will be critical too. Shiite volunteers from Iraq, Afghanistan, Pakistan etc are likely to gravitate towards Iran en masse to participate in the "Jihad in Iran". Iran will also seek the support of the non-Arab Muslim world against the US-Israel Combine, further polarizing the Muslim world on ethnic and sectarian grounds. Furthermore, disruption of the global oil trade will force the UN and other major global players/oil importers to intercede and initiate peace efforts.

The US, however, has three options to subdue Iran.

In Option One, it could try to isolate and coerce Iran into submission. Iran is already effectively weakened and emaciated politically, diplomatically, economically and militarily. The presence of US military forces off its shores, the incremental and multidimensional economic and trade sanctions and well- timed popular unrest and upheavals could pressurize it to a degree that its regime loses nerve and sues for peace on US terms. Most unlikely!

In Option Two, it can physically invade and defeat Iran by putting US/Allied boots on Iranian soil and installing a regime which is friendly, favorable, submissive and sensitive to US, Israeli and Arab sensibilities and interests in the GMER. Implications of this option/mission would be to totally defeat and overwhelm Iran. The US just does not have the numbers, the political will or the economic clout to wage another inconclusive never-ending war. US' doubting Allies (less Israel) have shown no inclination to enlist for this gross (mis)adventure. The KSA-led Arabs can only provide military infrastructure, ports, logistics etc and above all foot the bill for this campaign, without making any meaningful contributions to US' actual combat potential. The US is yet to assemble/concentrate any US/Allied/Combined Expeditionary Force in the GMER to undertake any invasion of Iran. Therefore, there will be no US/Allied boots on Iranian soil, any time soon. Most unlikely!

In Option Three, the US could launch a massive multidimensional assault from the land, air, sea and space, simultaneously. It could launch severe cyberattacks on Iran jamming all its internet, command, control, computer & communication centers/networks thus crippling and neutralizing its Government, military and in particular its radar stations, intelligence/reconnaissance networks, air defense and ballistic missile forces. Simultaneously, it could carry out air, missile and drone attacks on all major nuclear plants, facilities and infrastructure; air, land and naval bases and force concentrations; missile bases, storage and launch sites; logistics hubs etc. It could also attack strategic infrastructure like oil and gas pipelines, storage sites and refineries; sea and air ports, industrial areas, power plants, dams, railways, major communication centers etc effectively paralyzing Iran and compounding its economic and social woes even further. Simultaneously, it could activate the internal front, instigate popular rebellion   and unrest against the Government aimed at initiating a regime change from within. Thus, having comprehensively destroyed Iran's military, nuclear and missile capacities and economic potential the US can proclaim mission accomplishment, victory and seek a clean break. Most likely!

Having obliterated the last viable and potential nuclear threat to Israel in the GMER, President Trump could then start his Election 2020 Campaign from a very strong platform; claim victory for the US and global nuclear non-proliferation efforts and emerge as a benefactor and savior of Israel!

However, if this massive coercion of Iran fails to break its will and force it to its knees, President Trump  will be caught in a debilitating Catch 22 situation himself; one of his own making - damned if he takes his country to another unending war so close to Election 2020 (with the Afghan Campaign still many a battle away from closure) and double damned if he walks away from it all now; after all the military buildup, the chest beating, the warmongering and hysteria, the arrogant and demeaning rhetoric. The stakes multiply by the hour!

The time to dither is over, Mr President. It is your call now!

Imran Malik is a retired Brigadier from the Pakistan Army