The United Kingdom needs to reinvent itself

The United Kingdom needs to reinvent itself 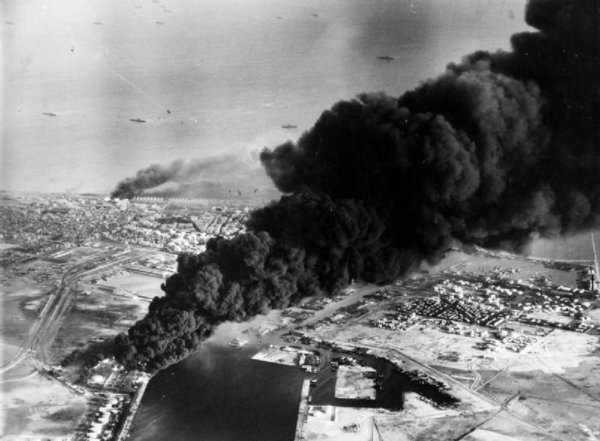 Here we go again, the UK squaring up to another sovereign nation thousands of miles away, with a media campaign of lies to justify another murderous campaign

Is it just me or is anyone else starting to question whether the United Kingdom is indeed the bastion of good morals, freedom, democracy and friendly relations which it claims to be? Open the newspaper or turn on the TV and here we go again, this time squaring up to Iran thousands of miles away because Iran seized a tanker in retaliation for Britain seizing an Iranian tanker.

Sir Bruce Greatbatch, KCVO, CMG, MBE, governor of the Seychelles, ordered all the dogs on Diego Garcia to be killed. More than 1000 pets were gassed with exhaust fumes*

Now we have stories of Iranian terrorists tucked away in Europe ready to strike, including in the UK, according to "intelligence agencies". Wow, eh? The same ones which stated that Saddam Hussein was ready to strike within 45 minutes with his famous chemical arsenal which did not, in fact, erm... (cough) exist. Well it did on a dodgy dossier, sexed up by Number Ten Downing Street, which was based on a doctoral thesis from a decade before copied and pasted from the Net. Then the UK went to war with Iraq. Over what? A lie? And there is nothing in the media about Ayatollah Khamenei's attacks on terrorism as being an insult to Islam. The ones funding terrorists inside Iran are who exactly? The Iranians?

This was after the UK had taken part in the illegal act of international terrorism against the Republic of Serbia, aiding terrorists frok Ushtria Çlirimtare ë Kosovës, aka Kosovo Liberation Army or UÇK, a band of head choppers and organ traffickers whose leader, one Hashim Thaçi, admitted that they had carried out terrorist operations against Serbia's police force. There goes the high moral ground, eh what? They rightly complain when one of their emergency service workers or police get caught up in a terror attack but what do they do themselves overseas? 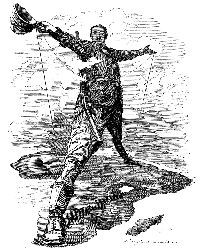 Then came the terrorist strike afainst Libya, siding with thugs on the lists of the Foreign and Commonwealth Office's proscribed groups, the UK involving itself in the internal conflict of a sovereign nation which it had helped to stir up, placing boots on the ground in direct breach of international law and turning what was once Africa's champion of development into a failed state crawling with terrorists.

Sterling job, eh? Now they have open slave markets, the Jamahiriya system, a delicate balance between tribes and central government, has been wiped away and the country and its people are in a mess. Hands on Hearts, let's all sing Rule Britannia!

We are speaking about the country which since the Second World War, has involved itself and stuck its unwanted nose into the Greek Civil War, the Indonesian National Revolution, the Korean War, the Egyptian War, a war in Kenya, a war in Oman, a war in Suez, a cod war in which it was defeated by Iceland,  another war in Oman, a war in Aden, the Nigerian Civil War, two more cod wars with Iceland and two more thrashings, the Falklands War, the Lebanese conflict, the Gulf War, the Bosnian War, Operation Desert Fox, the Kosovo War, the Sierra Leone Civil War, Afghanistan, Iraq, Libya, Syria... among others.

We are speaking about the country which evited the entire population of the Chagos Islands between 1967 and 1973, to then give the largest of the Islands to its bedmaster the USA, to build a military base on Diego Garcia. They they would not let the population return. Today they live in deplorable conditions in Mauritius. See this memo from the time from the Colonial Office head Dennis Greenhill, to the UK delegation at the United Nations:

The object of the exercise is to get some rocks which will remain ours; there will be no indigenous population except seagulls who have not yet got a committee. Unfortunately along with the Birds go some few Tarzans or Men Fridays whose origins are obscure, and who are being hopefully wished on to Mauritius etc.

I say tally ho, eh whatty what what? Deport the natives, what? If they complain about their dogs being gassed, shoot them in the whites of the eyes and Glory Glory allelujah! God Save the Queen! OK times change, and to be balanced, we have to let bygones be bygones. We cannot hold the people of Germany today responsible for the, horrors that went on in extermination camps nearly one hundred years ago, we cannot even hold the population of Germany at the time responsible. But Germany has not spent the last seventy years picking fights with practically everyone across the globe. And now the UK squares up to Iran, another problem, another victim, another conflict, another fight. What again??

The history of the English especially and the British as a whole has been a deplorable record of imperialist exploitation, drawing lines on maps, massacring "natives", setting the psychopaths from the Black and Tans free in Ireland to murder, pillage and rape, leaving India with a three per cent literacy rate after three centuries. The English persecuted the Welsh for speaking their own language and practising their cultural traditions, they attacked the Scots for speaking Gaelic.

So it isn't a very proud history is it? And today we see the UK picking a squabble with the rest of Europe, we see a Minister recently appointed who had allegedly threatened Ireland with a shortage of food during the Brexit talks, the same one that lobbied for the tobacco and alcohol industries, we see the Uk with a Prime Minister who is getting ready for a No Deal Brexit, about to send the country into a catastrophic economic nosedive.

It is not the population, it's the government

This is not however where the British people as a whole are. Today's population probably has never heard of the Chagos Islands saga, and rightly so because the governments will have been ashamed to admit what they did. Today the English are welcomed in Wales, well more or less, and English people live in Scotland, more Scots live in England and the vast majority of them neither want Brexit nor have a problem with Iran. Most understand that if Israel has nukes, then... and to be fair the British have tried to make amends with the Chagossians by offering money, British citizenship, tours to their islands in pleasure boats and so on, but what they should do is to allow them to live where they were born. The Islands are the Chagossians', not Britain's.

So it is not the people of the United Kingdom that need to change, it is the political leadership. Coming up will be an election in which people have the ability to hold their representatives to account. Time to put an ethical foreign policy firmly on the ballot paper. Under what conditions would you go to war or use military personnel overseas? The answer is none because there is no need to. Does Portugal have a problem with half the world on the five continents and seven seas? Does Italy? Does Belgium? Does Norway? Does Finland? Does Hungary? Does Romania? Does Germany? Does the Netherlands? Does Luxembourg? Does Romania? Does Algeria? Does Mexico? Does Indonesia? No? Then for some reason Britain must change its attitude.

Photo 1: By Fleet Air Arm official photographer - This is photograph MH 23509 from the collections of the Imperial War Museums., Public Domain, https://commons.wikimedia.org/w/index.php?curid=14863796