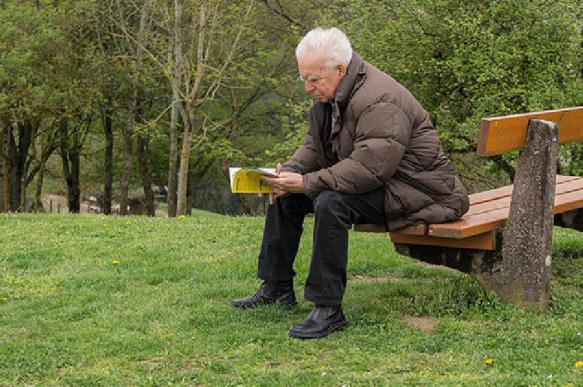 Several years ago a documentary aired with interviews of centenarians at the millennium. While filled with interesting tidbits of life at the beginning of the 1900s, it was the final words of an elderly gentleman which had a lasting impact.

When asked what he would like to be remembered for he stated words to the effect, "At the end of my life I suppose I want what every man wants - to have done one thing that was truly great."

This sentiment is typically American, or perhaps put a better way, a code which was typical of Traditional Americans (TradAms). Some other idiosyncrasies included considering a handshake a binding contract, taking pride in keeping your word as an honest man, and not exploiting private travails for public gain.

Such quaint ethics are in stark contrast to Neo-Americans (NeoAms) who seemingly believe prominence consists of wallowing in self-pity and doing things earlier generations considered de rigueur of living.

It is always amusing to hear someone described as a "hero" who has simply endured an ordeal. By way of example, if you have survived a bear attack it may be thrilling...but it is not heroic. What precisely was the alternative to resistance? Allowing the bear to eat you? One would expect a victim to fight for life.

To be clear, such an event is something which has happened to you - not something you have achieved.

This is similarly true for those who struggle to rise to the level of what otherwise normal humans do on a daily basis. It may be a personal triumph for those with a malady to develop mundane abilities, it is not exceptional. At best it is a personal achievement and absolutely does not inure to the greatness of man.

Being diseased, deformed or degenerate is not an accomplishment, it is a condition.

Likewise, mere physical endeavors and athletic records are not of particular interest to the march of time. Much sooner than many suppose - no more than two generations - spectator sports are going to vanish from the scene. Expensive professional players will be replaced first by cheaply disposable robots and then lifelike androids, the latter probably modeled on figures whose fame is already established.

Before we know it posterity will marvel at the mystery of why its ancestors wasted such colossal amounts of time and money to watch grown adults play the games of children for a living.

That being said, there has been and is genuine greatness in the world. Below are illustrated actual inspirations deserving of praise and emulation...

Age 11 - Willie Johnston - Became the youngest winner of the Medal of Honor, an American award denoting extreme courage and the highest distinction which can be given in that country.

Age 13 - Andrew Jackson - The future President of the United States first volunteered as a patriot to fight the British.

Age 20 - John Keats - The English youth produced some of the greatest poetry ever written with lines such as, "A thing of beauty is a joy forever," and "Beauty is truth, truth beauty," which are common phrases even two centuries following his demise.

Age 22 - Cleopatra of Egypt - Seduced the most powerful man in the world, Julius Caesar, and bore him a son. (Incidentally, we have identified approximately 68 of 70 relatives and there is absolutely no evidence - none, whatsoever - that Cleopatra was of anything other than Macedonian Greek heritage.)

Age 23 - Isaac Newton - While sitting underneath an apple tree concocted the Universal Law of Gravitation.

Age 25 - Charles Lindbergh - The first man to fly solo across the Atlantic Ocean, which was a journey of more than 33 hours.

Age 26 - Orson Welles - Directed what is widely regarded as the best film of all time, Citizen Kane. He also co-wrote the script.

Age 27 - Valentina Tereshkova - Became the first woman in space and even today still serves the nation as a member of the Russian State Duma.

Age 30 - Peter the Great - The young Czar founded the city of St. Petersburg. Indeed, the cabin in which he lived can still be visited in that city, and houses some of his personal items from the period.

Age 31 - Alexander the Great - By middle-age he had conquered the known world.

Age 32 - Nikola Tesla - Patented his revolutionary motor following earlier inventions premised on the method of Alternating-Current, which was 1000 times more efficient than the competing. More amazingly, at Age 51 the inventor dissolved his contract with Westinghouse which would have made him the first Billionaire in America, probably the first Billionaire in the world, and perhaps the wealthiest man who ever lived. He did so believing the glory of humanity more important than himself becoming a rich human being.

Age 33 - Jesus the Christ - Redeemed the sins of all mankind.

Age 36 - William Booth - Created the Salvation Army, which would go on to become one of the premier humanitarian organizations the world over. (As an aside, during the Second World War a saying developed, "While in combat the Salvation Army gave us cigarettes, the Red Cross sold them to us.")

Age 38 - Neil Armstrong - Became the first man to walk on the moon following a journey of three days from Earth.

Age 39 - Ferdinand Magellan - Looked out from a safe seaport and embarked against an unknown horizon as he began a circumnavigation of the globe.

Age 46 - Napoleon Bonaparte - Escaped captivity on the isle of Elba and resumed his throne to begin the Second Reign. Even more impressive, there are few incidents to compare with when the newly arrived leader stood before French troops massed to prevent his return and bravely called out, "If any of you will shoot his Emperor, here I am!"

Age 50 - Edith Wharton - Wrote the insightful novella Ethan Frome. If that were not enough, she did it in French as a translation exercise while learning that language.

Age 58 - Miguel de Cervantes - Witnessed publication of Don Quixote, which is considered the first modern novel. Moreover, Cervantes had also previously participated in the Battle of Lepanto which helped to save European Culture itself.

Age 60 - Leonidas of Sparta - Led his 300 Spartans who held the Pass at Thermopylae against the invader Xerxes I of Persia and his hordes, thereby preserving Civilization.

Age 70 - Nicolaus Copernicus - Published a work on the Heliocentric Theory of the universe.

Age 72 - Coco Chanel - Even after a lifetime in fashion, and her brand surviving two World Wars, she designed the "2.55 Bag" which from 1955 to present has been a continuous favorite worldwide.

Needless to say, each and every one of these personages faced enormous challenges and trials during their lifetimes. What should also not need saying - yet depressingly does - is that none of them was mired in their own difficulties.

Not a single individual above defined themselves by their limitations and nary a party bothered to mention their petty personal problems during the time they were remaking the world in which they lived.

Your Age of Greatness Is Forever Now

Greatness can be realized at any age - though it must be reached for, and requires stretching your ultimate imagination beyond your private reality.

Most of all remember, while you are never too young or too old to make a great accomplishment...it is always later than you think.