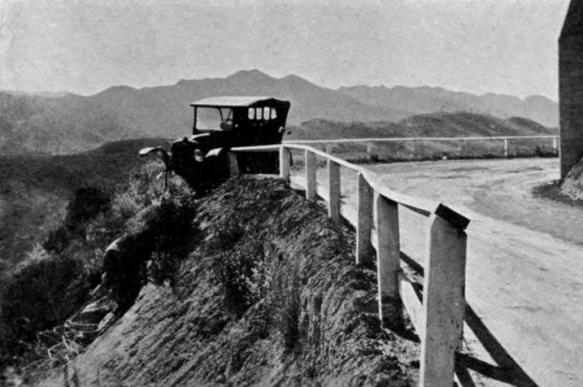 Two things happened yesterday in the United Kingdom's political scenario: Mark Carney, the Governor of the Bank of England, confirmed what I have been saying in this column for years, and for which I have been ridiculed by many, namely that any form of Brexit is dangerous and a No Deal Brexit will necessarily be even worse. More below.

The second event was the Brecon and Radnorshire by-election in which a whopping Tory majority (8.038) was overturned by the Liberal Democrats (anti-Brexit) with a majority of over 1,000 (1.425), with the Brexit Party overtaking Labour to gain third place. This means that the population, as elsewhere in the UK, is polarized between Brexit (Conservative=Tory and Brexit Parties) and Remain (the Liberal Democrats and Greens in England, Plaid Cymru in Wales and the SNP in Scotland, except Labour which has lost much of its support for sitting on the fence and not coming out clearly in favour of Remaining). In this polarization, it is now perfectly clear, as again I have been saying for months, that the majority of the people in the United Kingdom do not want any form of Brexit, much less a No Deal.

This puts Boris Johnson in a dark place, but a corner into which he has painted himself. It means he has a majority of one in the House of Commons as the wave to stop Brexit gains momentum. If the 2016 referendum on Brexit were held today, with the wealth of evidence that points towards a disastrous result after leaving the European Union, most people would have chosen to remain. This is where the heart and soul of the people reside, and this is where the youth, the future of the country, are. Boris Johnson thinks he knows more and better than everyone else.

So who the Hell is Boris Johnson?

So who the Hell is Boris Johnson, and what the Hell does he intend, with his No Deal Brexit stance? As Mark Carney said yesterday, the Bank of England predicts that even a Brexit based on a deal incurs a one in three chance of recession. Let us go further: any form of Brexit, even with a deal, must necessarily incur a massive recession and a marked downturn in the UK economy. I have explained this here counless times, and I repeat, ad nauseam, for those still in doubt. It's a question of masic math.

The basic mathematics: Brexit is not doable

The world is divided up into large trading blocks. If you are part of one of these blocks, you gain from the synergies not only intra-block (inside, among the members) but also extra- (outside), meaning you gain from the leverage this collective union has with the rest of the world. If you are part of this block, you do not pay, basically, for exporting your goods to this block and you do not pay to import goods from this block. You also have many invisible and intangible benefits from research, job opportunities, networking and the massive income which these entail.

Now let us just imagine that some idiot, for this is the word, comes up with a stupid idea catering for those at home with nothing to do, little to say, who would not understand an economic report if you showed one to them, an idiot who plays the nationalist card which is guaranteed to attract attention from those who think the British Banger is the best sausage in the world (in fact it is a mix of lips and assholes). And lard.

Speaking of piles of lard, does Boris Johnson not understand that if you pull out of that block, you have to then pay to export to it and to import from it, meaning two things: prices will rise, of course, and once that game starts you know where it ends: prices are rounded up until they more or less double; and margins are squeezed, meaning the backbone of the country goes out of business, namely the SMEs (Small and Medium Enterprises). This is the start of it. There then follows a massive devaluation of the pound, wiping billions off the ledgers forever, there is a massive wave of unemployment as the knock-on effects of the trading chaos bites deep into society inflicting flesh wounds with necrotic tendencies. Social benefits payments skyrocket, public services collapse as a result.

Pensions funds, municipal investment trusts, hospital trusts all report a calamity scenario as xthe Stock Enchange collapse vaporizes hard cash into meaningless figures. The United Kingdom, not Scotland and Northern Ireland because they will leave, so England and Wales, will be bankrupt. Boris and his cronies will be OK; don't worry about them but what about the hard-working folk who will for the first time struggle to place bread on the table and pay for their homes?

And I am speaking of a scenario with a deal. This is the very minimum that will happen, this is not cloud cuckoo land, these are the predictions of University professors, qualified, experienced macro-economists across Europe. Of course the British media doesn't report this, none of it. Multiply that by ten and you have the no-deal post-Brexit landscape, a barren, windswept, lifeless moonscape more like it. And this is what happens when you get people like Boris Johnson into a decision-making position. Basically the Brexiteers are not in it for the country, they know very well that the MPs as a whole do not want it, they know very well that the business community does not want it, they know only too well that the young population do not want it yet they press ahead.

Boris Johnson does not have the right to destroy the Union and the communities of the United Kingdom playing some idiotic card with dire consequences. This is not an Old Boys Club, this is not the Bullingdon, this is not some party for toffs in which you screw up a venue then Daddy pays the bill.

So the lines are drawn: people do not want Brexit and when push comes to shove, Labour voters go for LibDem because Labour as a whole does not want Brexit, Remain Tory voters go for LibDem, Labour voters go for Green, leaving a situation in which a Liberal-New Labour (anti-Brexit) and Green coalition would leave the Tory party floundering around like a right-wing rump with the vest-wearing skinhead soccer crowd bawling Brexit obscenities from the sidewings, as they always have in the UK.

Boris Johnson, your country is a mess, people do not want you, your party or your Brexit. Do the decent and democratic thing and ask the people. Put yourself forward like a man and face the consequences. Or are you going to hide in Number Ten (best maybe, given the reaction you just received in your foray north of Tring, what?) and try to struggle along until you run yourself into a wall?

Ask the people if they want you and your recipe for disaster!