The Axis of Eternity 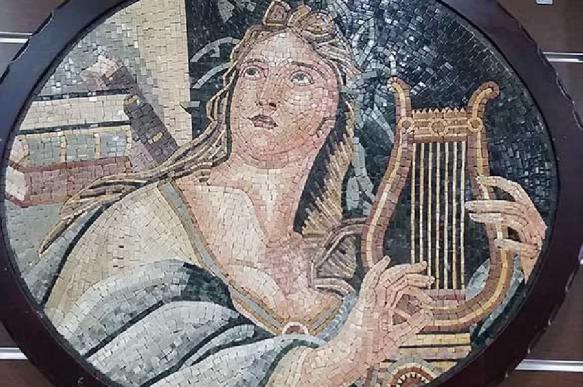 You have to make time, even for something as universal as staring at the stars.

That is a quote by someone very important to me who committed suicide nearly three years ago.

His name was W.P. Kinsella and down a dusty lane near Dyersburg, Iowa of the United States is a baseball field which has drawn millions of visitors from across the globe.

That place exists amidst the cornfields, where it has no reasonable excuse to be, due to the vision of a single individual sparked by the extended experiences of a multitude of others he never met.

The actual names of those who influenced him may be better known to some - physician "Doc" Graham, baseball player Joseph "Shoeless Joe" Jackson and writer J.D. Salinger.

All came together, in various forms, for Bill's novel Shoeless Joe, later made into a film titled The Field of Dreams. The plot details a humble American farmer who one day hears a disembodied voice instruct him to erect a baseball diamond in the middle of his homestead.

As might anyone, the hero finds this request absurd and resists it for a lengthy period. Eventually he succumbs to the entreaties and builds what is asked for reasons he cannot explain even to himself.

These efforts are rewarded and through the course of his actions the protagonist encounters characters both prominent and insignificant, each of whom are patterned on and inspired by real-life figures.

The movie was shot on location in Dyersburg and the field constructed would remain long after wrap in 1988. Owners sometimes relate tales to guests regarding the many others who come and the affect this place has upon them, from the youngster who rubbed a handful of earth on the flyleaf of a first edition to the man in late middle age who broke down in tears on his knees when touching home plate.

What subsists among this soil is the celestial silt of whatever is that thing called humanity - the single story a confluence of stories, some of which now famous and some of which will never be told.

It is a convergence far from unique.

In 106 BC, Marcus Tullius Cicero, greatest orator of his era, was born. (The family name originated from cicer, Latin for "chickpea.") His career began in law and with rapidity he was elected Quaester in 75 BC, Praetor in 66 BC, and reached the summit of power as Consul in 63 BC, an astounding rise.

The rule of Cicero saw a political rival, Catiline, attempt to overthrow an already unstable Republic by violent means. When the conspirators were apprehended Cicero advocated execution.

Most Senators agreed. One dissenting voice was Julius Caesar, until recently a relatively minor officeholder and years before a Governorship secured him wealth or military victory brought him glory.

Though Cicero would win the day, Caesar was bound to him. In fact, Cicero would later be castigated for sparing the life of Caesar, who some suspected of involvement in the revolutionary plot.

Following this episode, during the consequent social disarray of 60 BC Caesar would combine with Crassus and Pompey to assume joint authority as the First Triumvirate.

Cicero rebelled against this partnership even as its members invited him to join. The orator departed political life and in subsequent years wrote his most important works. He resettled in Rome preceding Civil War in 49 BC between Caesar and Pompey. (In 53 BC Crassus had passed away.)

Still believing Pompey the best opportunity of governmental reform, Cicero supported him. Even so, when Caesar emerged victorious in 46 BC as Dictator for Life, Cicero was forgiven.

While not involved in the 44 BC murder of Caesar, Cicero was in sympathy with the sentiment. He feared total demise of the Republic and believed this act had saved it. Though when Caesar was given a state funeral and emotions of the mob whipped into frenzy such an ideal was again imperiled.

Antony, one of the assassins, posed another formidable Authoritarian danger. Hoping to forestall it, Cicero sought the young heir to Caesar, Octavian, in whom he hoped to inculcate republican principles.

The statesman made fourteen eloquent speeches before the Senate - extolling Octavian, condemning Antony, and promoting the Republic. Soon war was declared on Antony, who suffered crushing defeats.

It was a brief victory. Octavian quickly assumed the Consulship vacated by Antony. Though the Senate refused this audacity, Octavian invaded Rome and forced the body to capitulate. Octavian then reconciled with Antony to form a Second Triumvirate. Among the initial actions of the new government was to assemble a list of inconvenient men who must be killed. Needless to say, Cicero was included.

The Tribune responsible for the execution was none other than Popilius, a man once prosecuted for parricide - and successfully defended by Cicero when a practicing attorney.

Octavian went on to defeat Cassius and Antony as well as others, eventually proclaiming himself Emperor Caesar Augustus. He promptly banned the work of Cicero from public consumption.

Yet discovery of those writings by Petrarch initiated the European Renaissance and much of what modernity credits as the greatness of republican Rome comes from that bibliography.

Moreover, historian Plutarch relates one day years past when Augustus noticed his grandson reading a tome of Cicero. The grandfather angrily snatched the book away, then turned through its pages, and slowly began to read. Eventually he sighed, "My dear child, this was an eloquent man, and a patriot."

In late 1864 (or early 1865, dates conflict) a boy was standing on a platform in Jersey City, New Jersey when he unintentionally stumbled (or was accidentally pushed) into the path (or between cars of) a moving train.

The result of this act would certainly have been severe injury or even death itself.

Except, in the ultimate instant, a stranger reached out from the void and pulled the youth by his collar to safety. The name of the Good Samaritan was Edwin Booth and the name of the boy was Robert Lincoln.

Of course, the brother of Edwin was John Wilkes Booth and the father of Robert was Abraham Lincoln.

Booth (Edwin, that is), did not know the identity of the person he rescued. Lincoln (Robert), immediately realized who had saved him due the prominence of the man, regarded by many as the greatest American actor of the Nineteenth Century.

The thespian later received a letter of admiration from Colonel Adam Badreau, with whom the progeny served.

Despite the conflicting details of these accounts, the incident did occur as both Robert Lincoln himself as well as Edwin Booth spoke of it on many occasions. Only owing to the passage of time were certain details obscured.

While John Wilkes Booth was to famously assassinate President Abraham Lincoln at Ford's Theatre a year later, it is historical fact that in stooping to protect an innocent his brother Edwin Booth had secured the life of Robert Lincoln - the only son of the slain leader to survive into adulthood.

If one needs a more recent version of the vast congruity of seemingly random events, we need only return to the sport of baseball.

Rod Carew was a popular player of the game from 1967 until 1985, being elected to the All-Star team every year other than his last. He was inducted to the Baseball Hall of Fame in 1991, his first year of eligibility. He later spent time as a batting coach and helped to mentor rookie players.

During his years in semi-retirement Carew made it his work to advocate on behalf of the ill and infirm, particularly children. In 2015, the former player had his own health crisis when a massive heart attack hit. He was immediately placed on the list for an organ donation.

Eventually the request of the 71-year-old was granted fifteen months later when he was given the heart and kidney of NFL football tight end Konrad Reuland, who had passed away of a brain aneurism.

This of itself is not remarkable in the architecture of existence. What makes this incident instructive is -given donors and recipients are totally unknown to one another at the time of transplant - Reuland met Carew as an 11-year-old boy and attended the same school as Carew's own children. In fact, according to Reuland's mother their meeting had spurred her son to pursue his career as a professional athlete.

Likewise important to the story is at the time of his demise Reuland was only 29. The jersey number which Rod Carew wore throughout his entire Major League career was...29.

If none are yet convinced of a larger scheme then perhaps the literal final message from Konrad to his family while in hospital will suffice. It read, "He (the Almighty) had something big in store for me."

There is no such thing as coincidence - there are only connections we do not comprehend.

The Fulcrum of the Universe

Reviewing the above it can readily be appreciated there are threads in this cosmos too fine for human eyes.

One may never know how they bind a soul or whatever slight tug may pull eternity loose. Even so, all consequences have actions - far more vital to recall than the converse of the popular maxim.

It need not concern us nearly so much what will be the result of what we do as to ever recall something will result.

Always try to be a noble person. Make each act and its intention correct. Endeavor to do the right thing - especially when you (mistakenly) believe no one is watching. Everything matters, both more than you know and more than you will ever know.

Even a book which features a small-town doctor, an all-but-forgotten ballplayer and a reclusive author amalgamated into something more than ever anticipated. The same is true for a bundle of private letters by a philosopher, the deft catch by an itinerate actor, and chance meeting between schoolboy and his idol.

As for that quote of Bill's which commenced this article, I think he was a bit off in that regard.

One does not find the fulcrum of the universe by gazing afar through a telescope...you can see it readily by looking into any nearest mirror.