For sale, one soul: ask for JAY-Z

For sale, one soul:  ask for JAY-Z 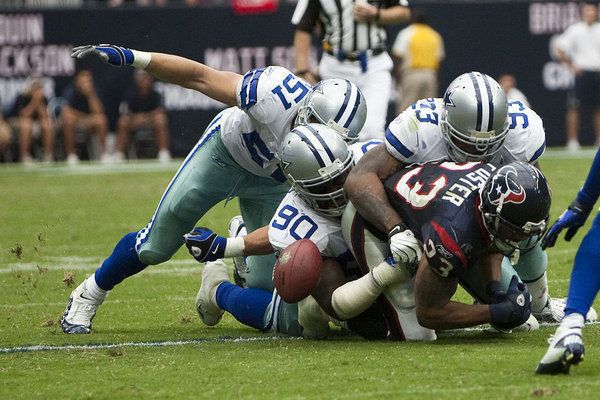 I'm sure that everyone, at some point in his/her life, has encountered an individual who boasted, "I'd never do such and such, because it would violate what I believe in."

Years ago, I was told a joke that, like many jokes, contained some element of truth:  Person A approaches Person B in a bar and asks, "Will you have sex with me if I pay you one million dollars."  Person B eagerly says, "Yes."  Person A then asks, "How about if I pay you twenty dollars?" to which Person B indignantly exclaims, "What do you think I am!"  Person A replies, "I know what you are.  Apparently, the only issue is price."

I'm sure that everyone, at some point in his/her life, has encountered an individual who boasted, "I'd never do such and such, because it would violate what I believe in."

I can recall two such incidents.  The first occurred when I was working at a local warehouse.  Male employees could have facial hair of any style and length, but male supervisors, if they displayed any facial hair at all, were subjected to strict grooming standards.  One such standard was that moustaches could not be any lower than the corners of one's lips.

During this time, I worked with an older man who proudly sported what is commonly called a "Fu Manchu" moustache, and we would often good-naturedly tease him about when he was going to shave.  Every time we did, we got the same response: "I've had this moustache since I was eighteen, and nothing is going to make me trim it."

A few weeks later, he was offered a position as a supervisor, with a higher salary, provided he trim the moustache to conform to company standards.

Now, I'll agree with those of you who are thinking you would have done the same thing.  Every day, throughout the world, in order to survive, people compromise their principles.  The point is that they are usually in positions where they have little choice but to do so.

But what is despicable is when a person actually has the freedom and resources to adhere to his/her principles, but only does so when it's convenient and doesn't require any sacrifice.

When I practiced law, a colleague of mine was representing an African-American client who was facing criminal charges in a predominantly white county with a history of hostility to persons of different races.  He was convinced that his client was not only innocent, but that the prosecutor was banking on the racial animus of the jury to gain a conviction.

So, my colleague was granted a "change of venue," and the trial was moved to a more racially diverse county.  In response, the prosecutor quickly "hired" an African-American attorney whose sole job was to sit next to him at the prosecutor's table.

I hope readers can fathom just how despicable this is.  Not just the fact that the prosecutor had done this (although this arguably was also contemptible), but that, for the right amount of money, this already wealthy African-American attorney was willing to come in with absolutely zero knowledge of the evidence in this case, without being bothered by the fact that he was being exploited solely because of his race, and without being a bit concerned that his presence might send an innocent man to prison.

In my article, SUPPORT WHITE SUPREMACY:  WATCH THE NFL (Pravda.Report, August 14, 2019), I discussed the hypocrisy of Stephen Ross, owner of the Miami Dolphins, who created a foundation allegedly dedicated to "eliminating racial discrimination and championing social justice reforms," yet who also held a fundraiser to support the reelection of Donald Trump-the demagogue who has devoted his entire political career to creating divisions amongst people along racial lines.

After I submitted this article for publication, it was reported that music mogul Jay-Z had signed a multi-year deal with the NFL to consult and co-produce events like the Super Bowl half-time show, and to promote the NFL's (the league that banned Colin Kaepernick for his protests against racial injustice) so-called "social justice" programs.

Yes, this is the same Jay-Z who openly wore T-shirts depicting Kaepernick to show his "support"; who had refused to perform a Super Bowl half-time show; and who had expressed his concerns to other performers about their participation in this show.

So, what is his excuse for selling his soul?  Jay-Z claims, he can't control "the world we live in."

Perhaps not.  But people can control the decisions they make, particularly about who they make business deals with.  There are few acts more disgusting than profiting from a social justice movement while marginalizing or ignoring the sacrifices of those who pioneered that movement.

Ponder for a second where people like Jay-Z might be if intrepid individuals-like Paul Robeson, Monroe Trotter, Harry and Harriette Moore, Reverend George Lee, Medgar Evers, Vernon Dahmer, Martin Luther King Jr. and countless others who lost their careers and even their lives in pursuit of a better world-had simply thrown up their hands and said they can't control the world they live in.

At least Stephen Ross is in good company knowing that there are people of all races who are more than willing to "talk out both sides of their mouth" when greed is involved.

Jay-Z's actions are also contemptible because he's either too clueless or self-serving (or, most likely, all the above) to realize he's nothing but a dupe for the NFL.

As many commentators pointed out, the NFL didn't give a damn about racial injustice until Kaepernick began his protests, and even today all its so-called "initiatives" ring hollow thanks to the league's unstated, but obvious, banning of him-a ban that has even resulted in a willingness of teams to tank their entire seasons rather than give Kaepernick a tryout, just so they can continue to hide behind the excuse that "he's not good enough."

In addition, the NFL, whether it wants to admit it or not, is going to face some competition, both from the XFL and the planned Freedom League.  The Freedom League, in particular, has a stated mission of promoting player health, safety, rights, and social activism.  Given that the majority of the players in the NFL are African-American, this offers an attractive alternative from the "plantation mentality" of NFL owners and executives who routinely support racially divisive politicians.

Jay-Z could have been a driving force in the promotion and development of the Freedom League.  Instead he has willingly chosen to be the dupe of wealthy, white billionaires who can now thump their chests and say, "Yes, we'll ban players for daring to speak out against racial injustice, but, thanks to Jay-Z, we can give the illusion of being progressive."

So, the ad reads: "For Sale, One Soul.  Has never been used. Once belonged to music mogul Jay-Z."