George Orwell wrote 1984 thinking of it as a book of denunciation against a dystopic and horrible future, not as a manual of use for a power that wants to ensnare peoples, deceive them and make them docile sheep. Instead, exactly the opposite is happening, even in Italy: it has been seen in recent years, with the past governments of the progressive Italian Left and a few days ago, on the occasion of the government crisis of mid-August. 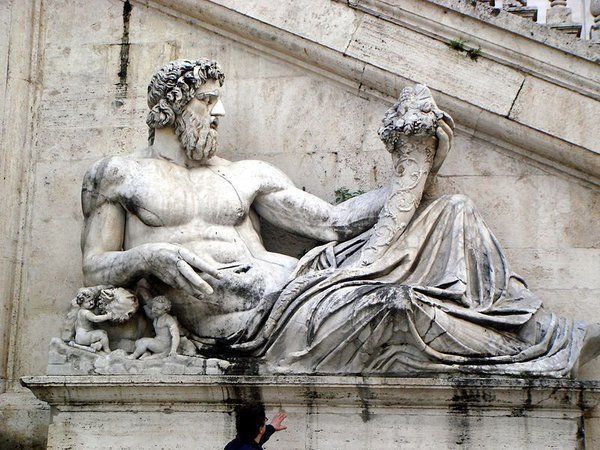 Matteo Salvini, the strong man of the Northern League, has unleashed the crisis on the priming of powers outside Italy but he has put himself in a corner just by himself and now risks ending KO. It has quickly become the object of an avalanche of resentment that goes far beyond the sadly famous two minutes of hatred against the common enemy that in Orwell's dystopia serve to let the people vent and keep it subjugated. It reflects a transnational clash that has repercussions on Italian politics but, unfortunately, also emphasizes other aspects.

The 5 Star Movement's reaction to the announcement of the government crisis was not what could be expected from adults, experts in the complexity of politics and its subtleties. It was rather the decomposed and hysterical reaction of a political party apparently in the hands of women and homosexuals, certainly not in those of virile and expert men.

I did not vote for Matteo Salvini, preferring the 5 Star Movement, blinded as I was by the promises that the Movement used to flaunt when it said it wanted to oppose the Europe of the banks, corruption, malfeasance, all those negative and destructive things of which the former "Left" governments had instead been the standard bearers. I considered the alliance with the League of Salvini unnatural but inevitable, in order to exclude from the government the Italian Democratic Party and thus invert the destructive process of our country that the IDP started with its senseless government action. I trusted in a few years of, if not good at least passable, government so as to reassure the Italians who still blather about anti-fascism in absence of fascism, uncontrolled immigration, free drugs, no borders, eternally prey to their Pavlovian reflexes.

When do people need honesty? When it has no Homeland. A people without Homeland has the illusion that political accountants are enough to make politics, because it does not recognize itself as an extended family and therefore needs meticulous laws to repress all those crimes that feeling fully part of something morally superior would make it naturally difficult to achieve. A people without Homeland thinks as more important to avoid the increase in VAT than to return to voting. A people without Homeland thinks as more important to accept tens of thousands of immigrants indiscriminately rather than investigate the NGOs that manage their traffic, even when the influence of intelligence apparatuses belonging to countries, that should instead be our allies or friends, becomes evident.

A people without Homeland accepts ecology lessons from an autistic teenager and lessons in humanity from a rasta-haired girl who believes it is her right to dump huge numbers of Africans into our ports, irremediably strangers to any Western society and who find "shelter" here only because many Italians refuse to be adults preferring to remain eternal Peter Pan.

It is easy to hate Matteo Salvini: he is a successful, forty-year-old white man who heads a political party that has had a remarkable exploit both in the political elections of March 2018 and in the following European elections. In comparison, many opposing politicians look like losers. Beautiful women easily like him and he is divorced. He is also a loving father of two young children, a boy and a girl who calls, as natural, his princess.

It is even easier to hate him when he signs decrees to close the ports to the ships of the various NGOs, when he closes the taps that finance the hospitality business, when he shakes hands with policemen and carabinieri, when he orders the moving away manu militari of the "occupied social centers" which are nothing more than buildings of which the legitimate owner has lost the property because they have been illegally occupied for years by some those more or less quarrelsome fringes that the Italian left feels so close to its DNA.

Since I made such a blatant mistake with the 5 Star Movement, I don't want to push myself now to incense Matteo Salvini. I find however ignoble that a minister of the Italian Republic can receive all the insults that Salvini has publicly received, accompanied by wishes and death threats, even promises of voodoo rites against him.

Of course: years ago, Matteo Salvini told his opinion about the southern Italians but many of them forgave him and gave him their vote. Where, then, is the moral superiority of the Italian left and its little friends 5 Stars? It never existed. The refusal of the 5 Stars to go now to the vote for fear of some Salvini's overwhelming victory is equivalent to the boutade of some conceited intellectuals of the Italian left who, unhappy with the results of March 2018, barked indignant to eliminate universal suffrage and subject voters to an intelligence test. The fear of the 5 Stars of being judged inadequate by Italian voters has resurrected Matteo Renzi, the man with ice cream in his hand [1] and even the eighty-year-old Romano Prodi whose government action has always had the one and only result of damaging our Country making it poorer, weaker and devoid of honor.

The alliance between the League of Salvini and the 5 Stars was unnatural and destined for failure. But so is also the one that the 5 Stars are trying to patch up with the Democratic Party that arises and has always placed itself in full antithesis to their apparent aspirations to justice and their economic ideas. However, the 5 Stars could earn that year or two to get the annuity due to all former Italian parliamentarians. This is the only positive result (for them) that they could take home before disappearing as a political party.

Meanwhile, Italy would become the world paradise of African immigration, of homosexual lobbies, of communities where boys and girls disappear after being taken from their families, to be reprogrammed to hate their parents for abuses never suffered, to grow homosexuals and, of course, anti-fascists.

Meanwhile, our country, our homeland, would become the booze of France and Germany that could satisfy their appetites to the detriment of our economy and our future.

If I think of the trust I have placed in all of them, if I think of all the times I defended them against those who criticized them, even when my friends warned me, if I remember all this, I feel only a deep disgust.

The only positive thing about this crisis of government is that it has forced the 5 Stars to drop the mask, revealing themselves for what they really are. Not all the spectators were aware of the real nature of this less than second-rate company of incompetent theatricals but, given that hope is the only thing that remains, we hope that at least more and more Italians will wake up.