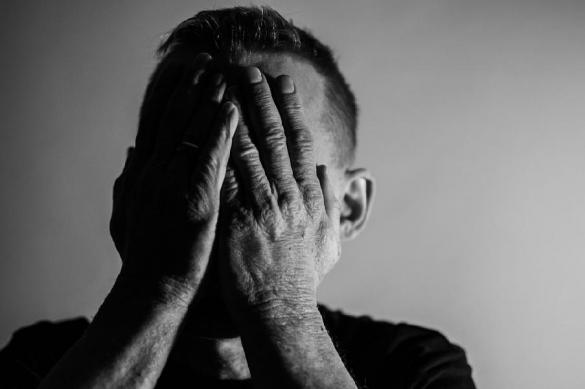 Not that long ago, we were invited to a party in Delhi. A lady had just come back from her first time visit to America. She said that Americans are the happiest people. She saw everybody smiling and never saw anybody sad or depressed. Just before coming to India during that visit we happened to see a slide presentation by a girl who had been to Mexico and she was sharing her experiences there. She said that the thing that struck her most was that in spite of the people being so poor compared to us (Americans) they looked much happier than us. I told this Delhi woman who felt that she belonged to the elite and therefore, understands everything, that some time appearances can be deceptive. I asked her if the Americans are the happiest people in the world then why they consumed more antidepressants and tranquilizers than anywhere else in the world. I advised her to just look at how many millions of prescriptions for these drugs are written each year in America.

However, this wrong perception about America and the west is not just limited to the Delhi elite this misconception is now shared by people of all walks in Punjab. This unreal and wrong perception about the west is also actively promoted by the travel agents, more than12000 IELTS coaching centers and all other vested interests those are making money of the tragedy of migration. I call it a tragedy because this exodus of Punjabis is destroying Punjab, ruining the careers of many brilliant students who will have to settle for the jobs much lower than their potential and for many young people from good families being forced to live the life as criminals.

Many pseudo intellectuals including many pseudo Marxists and other sell out intellectuals are also presenting the perceptive reality about the west instead of trying to understand the conceptual reality of the western society. In their writings they present the west as an ideal place where there are wide roads with expensive cars, dazzling street lights, beautiful houses in which people live very peacefully and very happily. Whereas, the first part of the statement which deals with the outside reality may be true but the last part of the statement that the people are very happy and peaceful in other words the inner reality can be challenged by the facts.

One of my friends is a well known psychiatrist in America, told me that some of his patients happened to be the most accomplished professionals of the Indian background. He said that these people when they become close to fifty and their children become teen agers, start questioning their success. They get very frustrated when they see that their children have very different values than their own value system. They start feeling guilty and let down about their inability to pass on the right values to their children. Another psychiatrist who is practicing in Canada  and mainly deals with the Punjabi population, wrote to me that he and his son who is also a psychiatrist have been overwhelmed with the patient over load, particularly the young people suffering from depression. His son has closed his practice and is looking for another job while he has stopped accepting new patients.

My own experience has also been that mental stress and mental disease are becoming extremely common among the Indians living in the western countries as well as the Indian population at large. However, whereas there are no illusions about this in India, many people have difficulty in accepting the fact that these problems not only exist among the overseas Indians but are actually more prevalent. The dazzling lights outside are hiding the fact that many people are suffering from the darkness of loneliness and isolation inside. Let us not be fooled by the superficial perception of the reality associated with the outside glamour (dazzling lights) and let us make an effort to understand the inside reality, (darkness of loneliness and isolation) the conceptual knowledge. Conceptual knowledge is always higher than perceptive knowledge.

While making decisions about migration people should not just follow the superficial perceptive reality. They should try to understand higher and deeper levels of reality. The intellectuals have a moral duty in helping the people to understand the deeper and the higher reality of capitalism.