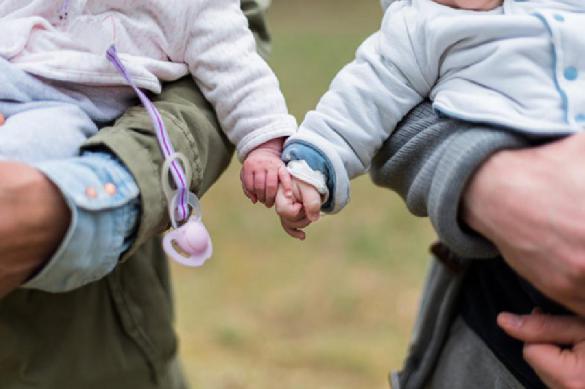 One of the most saddening developments in recent times is the depressing amount of unjustified sexual harassment claims that have been made by women against men. Such allegations have been given succour by the Harvey Weinstein scandal in the US. The situation was already pretty bad before Weinstein. However, since this scandal broke, things have ratcheted up several notches.

The issue of sexual harassment itself is a very serious one and was rightly brought to public attention by the #MeToo Movement to counter the undisputed harassment to which women have been subjected for many years by men in positions of power. The treatment of this subject however has now escalated out of control.

There is a combination of factors behind this phenomenon. Part of the problem is that a claim for sexual harassment can be made years and even decades after the alleged misdemeanour first occurred. The absence of a Limitation period in countries like England for making complaints of sexual harassment to the Police is unfair to those, who are innocent of such allegations, yet still have to defend them many years after the supposed incident happened.

The victims of such abuse will say that you cannot put a time limit on assessing the gravity of rape or sexual assault in terms of the physical and psychological effects this abuse has on those, who have to endure it. Some victims recover quicker than others. That is only natural. Furthermore, the imposition of a deadline to report such mistreatment to the authorities will only trivialise the harrowing experiences these women have had. The women affected will also justify their decisions to delay making their complaints out of fear that they would not be believed that the rape or sexual assault actually happened. This is the Harvey Weinstein scenario. When it comes to believing one person over another with no other witnesses to the alleged wrongdoing, whom would you believe? - Harvey Weinstein, an Oscar-winning film mogul at the pinnacle of his career or a struggling actress. No contest, the answer is Weinstein.

However, what about those, who are accused of such a crime? While rape and sexual assault may be proven in many cases, there are likewise situations, when these offences are not just unproven, but did not happen. In the case of the latter, you have an altogether different victim - the man, who has to wrongly undergo the torment of being accused of being a sexual predator just because he rejected a woman's advances or ended a sexual relationship with her.

There is nowadays a distinct lack of fairness in the assessment of cases of rape and other sexual assault. The odds are stacked in favour of women. The authorities in England have tried to redress this imbalance by making it compulsory for women, complaining that they have been raped, to surrender their mobile phones to the Police. The reasoning for this is that the information on the mobile phones in the form of text messages, emails and photos, may hold clues as to the truth of these women's claims.

Men now have to accept that the days have gone when they could woo a woman the old-fashioned way. The thrill of the chase, starting with a man plucking up enough courage to ask a woman for her phone number, then taking her out on dates, making the woman his girlfriend and then consummating the union, is a thing of the past. Or is it?

Complaints about male sexual harassment are common in Western culture. However, if you go to Russia and other Russian-speaking countries, as a man, you will see a completely different story. Women in the West tend to be materialistic and, to some extent, selfish and not much more. However, many (but not all) Russian and Russian-speaking women are considerate, loving and nurturing. They believe that it is their responsibility to bring out the best in their men - an alien concept for women in the West. The fact that Russian and Russian-speaking women are among the most beautiful in the world is, of course, also a plus.

Many Western men join dating agencies, specifically designed to find Russian-speaking wives. These men spend much money in their quest to find their wives, often taking holidays in Russian-speaking countries. During these trips, the men go on a tour of several cities and have meet-ups with women, who are also members of the dating agencies to which the men have signed up. These men probably have the most enjoyable and spiritually uplifting holidays they will ever have. The men view the money they spend on these dating agencies and the trips they take to these countries, as an investment in their future happiness. What's more, they are right to do so. If they are lucky, these men end up finding women, who are not just beautiful, but are a source of strength emotionally and spiritually. These women make great wives. You can also bet that these women, like the vast majority of Russian-speaking women, are not malicious enough to make unjustified complaints of rape and sexual assault about their husbands to the authorities. Russian-speaking women are just not like that.