United States foreign policy is in disarray, although it has always been a destructive force in the world. Few U.S. politicians are willing to acknowledge this, but Virginia State Senator Richard Black recently provided his knowledge of, and insights into, U.S. motivations for its perverse and destructive foreign policies. 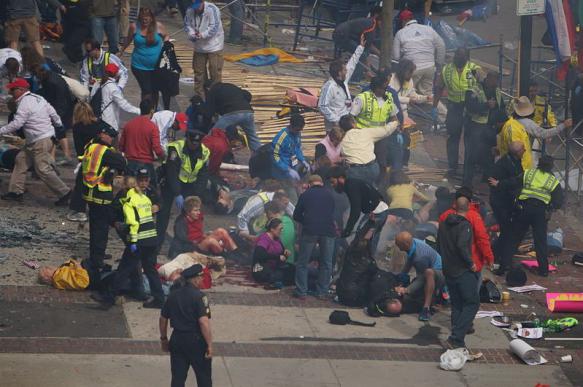 He states that U.S. officials, in 2001, decided to overthrow seven countries in five years. This insidious plan would destroy Iraq, Syria, Lebanon, Libya, Somali, Sudan and Iran. The U.S. invasion of Iraq succeeded in killing and displacing millions of people, destroying the nation's infrastructure, and reopening sectarian rivalries that had long been under control. Libya, once considered the 'Switzerland of the African Continent', is now a failed state thanks to United States' 'assistance' there, with no central government, violence and chaos constant factors, and the nation a breeding ground for terrorists. And while Syria seems to be having success in defeating U.S.-supported terrorists seeking the overthrow of its legitimate government, that success has come at an extremely high cost in terms of human life and human suffering. It will take years for the nation to rebuild.

In Somalia, the U.S. continues to commit war crimes with indiscriminate bombing, often killing civilians. Sudan has been harshly criticized by the U.S. for human rights violations, and the hypocrisy of this is obvious. The U.S. not only supports but also finances the constant, shocking human rights violations of Israel and Saudi Arabia, in addition to the blatantly racist practices of the U.S. government within its own borders.

To date, only Lebanon and Iran have thwarted U.S. plans, and Senator Black believes that Iran, at least, will continue to do so, and be successful. He said this: "Iran is a cohesive, unified nation.  Despite their internal political disagreements, Iranians are patriotic and even its dissidents are generally unwilling to undermine the unity of the nation." U.S. support for the Mohanedin-e khalq (MEK), whose sole purpose is to overthrow the Iranian government, and which was previously designated a terrorist group by the U.S., will not be sufficient to defeat the Iranian government, for several reasons, including those Black stated above.

Despite the opposition of the Iranian people to U.S. plans, and their loyalty to the government they established over forty years ago, the U.S. continues its attempts at destabilization and overthrow. Black continues: "The Ashraf-3 base has just opened in Albania.  Its purpose is to coordinate terrorist training, logistics and military action against Iran. The Ashraf-3 facility will be used to plan the infiltration and destabilization of Iran. It may use both MEK terrorists and battle-hardened ISIS and al Qaeda troops who are moved there from Iraq and Syria. The massive Ashraf-3 base is a complete city. It has parks, shopping centers, conference centers, and a luxury hotel.  The heavily-guarded facility will be home to 3,000 MEK terrorists and families."

One marvels at the immorality and obscenity of a government that seeks to overthrow other governments; that supports murderous terrorist groups and that establishes a huge base of operations whose sole purpose is to train such terrorists.

The senator quotes current U.S. National Security Advisor John Bolton, who spoke at the MEK conference in Albania in 2017, prior to ascending to his current governmental role, thusly: "Before 2019, we here will celebrate in Tehran." Bolton, who opposes international law, saying it only exists to restrain the U.S. from using its military power, was wrong in his prediction and, if Black's assessment is correct, he and the MEK will never 'celebrate' in Tehran.

Black also points out the obvious, in stating that U.S. support for terrorist organizations has never proved successful in the long run. "Although CIA's jihadists did defeat the Soviets, they also gave birth to al Qaeda, which attacked the U.S. on 9-11 and went on to spread terror across the globe.  Every time the West and its Gulf State allies use terrorists to overthrow governments, the results are disastrous." The U.S. supported terrorist groups in Afghanistan during the Russian war, apparently expecting those terrorists to turn over the country to the U.S. when the Russians were defeated, so it could install a puppet regime. This didn't happen, and now the U.S. is involved in the longest war in its history, fighting the organization it spawned in that country.

Senator Black's knowledge of foreign policy is well-studied and clearly understood. He dismisses the usual U.S. talking points of 'national security', 'humanitarian intervention' and 'war is only a last resort' to expose the lies the nation tells to fund and commit terrorism on a world-wide scale. Heeding his words on foreign policy would make the United States, and the world, safer.