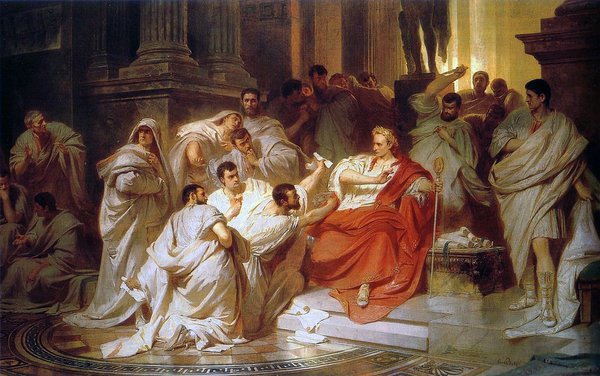 I am writing you this Open Letter knowing that none of you will read it.

Within a short time, you will be all called to vote for the trust to the new, frightening, government that your party has signed with its new and vomiting ally, after the political crisis of mid-August.

I say "yours" and not "ours" because I no longer recognize myself in you, that you were for me a political and above all a moral point of reference. From the beginning, you fought your first ally of government, Matteo Salvini of the Northern League, while you ruled us together with him. Moreover, when he pulled back, instead of relying on your Italian voters, you allied with that Italian Democratic Party that you have always said to despise. Accusing it of being the dunghill of Italy, a cloak of corrupts and corruption, of mafia and friends of the mafia, of little people willing to sell their mother for a few pennies just to stay in power.

I, and many others, are all too sensitive to issues pertaining to justice, mutual respect and Laws. Those written, but also those implied, that reside in the common feeling of what is right or wrong.

I, and many others, have experienced on our living skin the "farsightedness" and the insane obedience to Brussels of the previous governments. In which the IDP was always present as the undisputed master, to the point that I myself woke up some mornings with the taste in my mouth of the food I had only dreamed of, because I no longer had any money to buy it or immediate help.

I worked and I was still poor. I worked and paid so little that I had to be hosted by some friends a little bit more lucky or by churchmen to feed me at lunch or dinner and even so, of course, I didn't eat enough. I worked, even when I was sick with fever.

I and many other Italians who later placed their trust in you.

This is why I voted for you 5 Stars: for a different and better Italy. An Italy alien to an inhuman Europe where peoples disappear and replaced by consumers at the manger, banks & markets exploitable victims.

I defended my political choice with those who, friends or acquaintances, warned me against you, considering you rascals good for nothing or incompetent fools. I went several times to say that a single 5 Stars government would not be enough. It would have taken three or four in succession, to remedy the rot that the IDP and his external friend Berlusconi had injected into Italy, with wicked, simplistic politics, applying and propagating an economic rigor that put us and would have put us even more, at the mercy of the foreigner, like Greece with Germany.

I thought as reprehensible the choice of ruling together with the League of Matteo Salvini, but something that was reasonably inevitable: I hoped in fact that the moral integrity of you 5 Stars would mitigate the defects of the League bringing benefit to our hapless Homeland.

Unfortunately, Homeland is the word you can't really say. Yet you should!

Europe does not exist, because it never existed: there is Germany, which engulfs the weaker states like Greece, and there is France, which runs a (former?) Colonial empire with a parallel currency that it could not issue but instead it does. And there is Aachen: the nefarious treaty between France and Germany that buries everything else.

We are not friends with this Europe of ugly and greedy banks and of sovereign countries (them!), France and Germany, which oppress others, but found in the Italian Democratic Party and in its brainless bullies a precious ally.

I don't care to know all this because what I already know is that nothing good will come from it. We have no future with such people, only the misery of the conquered submissive. It is the sad destiny of those who hate themselves and voluntarily surrender themselves in foreign hands.

You said "never with the IDP".

You said "never with the Bibbiano party".

You said "if a government is born with the IDP, I leave the Movement".

Last week you gave us a government together with IDP and you handed over to the IDP the most important ministries, which at the time you had denied to Salvini. You have begged Matteo Renzi and Nicola Zingaretti so much to crawl at their feet, worse than an indecent woman does, worse than a street prostitute does.

The IDPs laughed at you, mocked you and insulted you not even too covertly, but you, though knowing it, considered it acceptable.

Do you really believe that the IDP will not undertake to dismantle the little good you have done up until now?

Do you really believe that you will keep Quota 100 [pension reform] or the reduction of subsidies for publishing?

Do you really believe in doing a justice reform that is, I don't say THE solution, but at least a serious step forward for the many problems that are there?

Do you really believe that it will be still possible to use certain instruments for police investigations, ruling with a party that is filling the Italian jails with its corrupts?

Do you really believe that the vote on your Rousseau platform has not been cracked?

You do not need to answer my questions but, I beg you!, do not vote for the trust to this government. Even if the new government takes office, it will not last long and you will end up getting back to the citizens, as prisoners of the IDP. What result do you expect to get when the damages will be completely evident?

Worse, do you need so much your salary and annuity to urinate on your much-vaunted high moral values?

I beg you not to be peones ... be men strong and free, who live in a Country and not in a geographical extension, proud and not puppets of which others pull the strings!

Save your honor and all of Italy, which risks ending up divided by foreign powers with the help of internal enemies.