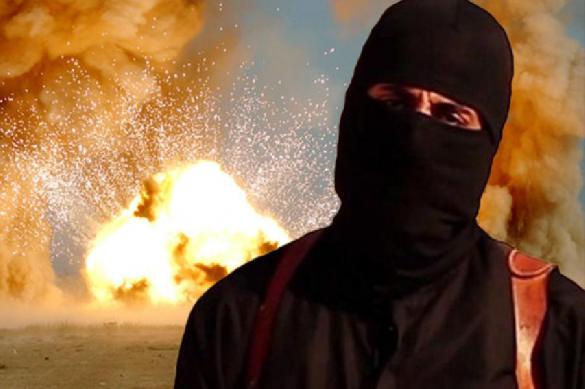 "Bin Laden Wins!" should have been the cover headline on TIME magazine, rather than the hackneyed, he's-as-bad-as-Hitler cover with the red "X" through his face. Perhaps if America had a reliable source of news we would get such a report. Instead, we have juvenile stunts worthy of a third-rate high-school newspaper.

In every conceivable way, Osama Bin Laden achieved what he set out to do to us. Let us consider:

Osama wanted us out of "holy" Saudi Arabia. We left. This is probably not a bad thing. We oughtn't have been there in the first place. However, it was a major thorn in Osama's side, and he got it removed.

Osama said he would bankrupt us like he did the Soviets. He did. Everyone knows the Afghan and Iraq wars have cost at least $1.2 trillion and maybe as much as $3 trillion. Most know we are in debt up to our ears. Unemployment is at 16.6%. There is no end in sight. In that sense we're broke, and largely because we went gallivanting off to the Middle East. Osama wins again.

Osama wanted to create a fundamental Islamic awareness throughout the region. They're aware. In all of those videos which you were told about but rarely saw, Osama goes on and on (and on) about how most of the Middle East is run by Western puppets. This message resonated across the region's kinfolk. Not all of these revolutionary "movements" are due to Osama, but he helped them along. Most are not revolutions, either; they're coups in which the system does not change but only the power-holders. When you see a student or "activist" actually become leader of a nation, let me know. In case you missed it, Egypt normalized relations with Iran and wants to "reevaluate" their relations with Israel. Saudi Arabia already has offered to take up the burden of supporting Cairo.

Osama hoped we would welcome sleeper cells which seek to destroy us. We opened the door wide. Rather than buttoning up the country after 9/11, the government did next to nothing. There is a gaping hole in the south through which anyone can come, and some Middle Easterners have already been caught. (What? No one considered they would think of sneaking into the nation through the 2,000-mile-wide open doorway with the flashing ENTER THIS WAY in neon?) In a desperate bid to demonstrate how cosmopolitan America is to the world, we took in more Muslims after 9/11 than we ever did before. The same with Indians and Mexicans. Most of the newcomers we embraced are incredibly ill-suited to liberal republican democracy. The majority of Muslims favor Sharia law, Indians come from the Land of Corruption, and most Mexicans seem more familiar with drug lords than with governments. Mexico just had one of their most violent months ever, with over 1,400 gang killings. (Coming soon to a neighborhood near you!) In a decade we imported more people of every race, creed, and color hostile to America than al-Qaeda could have ever spawned.

Osama sought to wreck our way of life. It's wrecked. We need not rehash the eavesdropping "laws," the TSA pedophile patdowns, the "free speech zones," the disruption of dissident groups, secret prisons, "extraordinary rendition," the "legalized" tortures, and such. Most already know. Worse, most don't care. Our minds have been changed in astounding ways which few seem to notice. Am I the only person in this country who hears such nonsense as, "We had to make Osama pay for killing 3,000 Americans!" and think, "What about the one million civilians in Afghanistan and Iraq?" Body-count estimates vary, so let's downgrade it all the way to 300,000. That still means that to "get" Osama for murdering our innocents, we went to the trouble of killing 100 of their innocents for every one of ours. Not figuratively either, but literally. That is the absurd situation in which we find ourselves, killing 100 innocent people to avenge one innocent person. It's what we call "justice" in the West. Am I honestly the only one who is staggered by this situation's abject unreality?

Osama bin Laden won. You don't have to like it, and neither do I. But he did. He got everything he said he wanted, and he trumped us by saying from the outset that he was willing to give up his life to do it. We didn't do a damn thing that he didn't predict, and yet we present it as victory.

There is one bright spot in this kangaroo court: The verdict isn't final yet. We can still come back.

Quitting wars which we wage merely to sell weapons would be a good start. Apologizing (sincerely) to the innocent people whose lives we ruined would help (a little). Getting out of their countries for good would help a lot. No more "humanitarian missions" to anywhere for any reason. The other humans will have to figure out things for themselves.

Slamming the door shut on everyone who doesn't understand traditional Americanism is another step in the right direction. You don't have to like homosexuals, but you can't kill them. You may hate your wife, but you can't behead her. If you don't agree with these rules, by all means enjoy the paradise which is Iran, India, or Mexico. No one is stopping you.

There still may be time. Maybe I misspoke when I said Osama already won. But given the way things have been going lately, I'm afraid he very soon will.