Boris Johnson: And in the next episode of the soap opera...

Boris Johnson: And in the next episode of the soap opera... 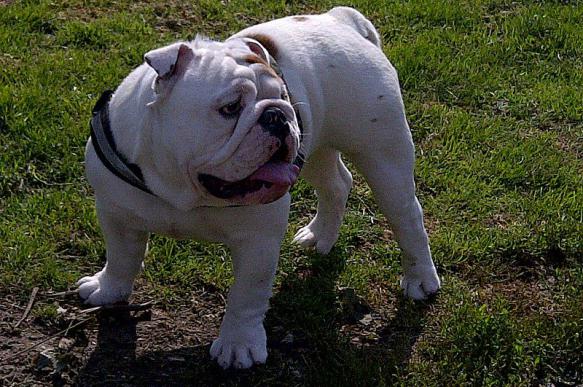 They have one in every family: an aunty who downs a pint of beer and belches sonorously, a grandfather who breaks wind and guffaws raucously and a mop-headed oaf who sits with his legs manspread while bad-mouthing French cuisine.

Boris Johnson appears as someone who has spent his entire life living in a parallel universe of British elitism, without any notion of what it is like to live the life of the common people. For such people there is little that cannot be solved with a good bottle of port and a five-finger exercise with a girly magazine, to hell with the detail and the consequences.

And this is exactly where we are with the unelected Boris Johnson as Prime Minister of the UK advised by an unelected someone who the elected David Cameron apparently called a "psychopath". He and his clique of friends in Government are fully aware of the fact that Parliament does not want Brexit, and much less a no-deal Brexit because they are privy to information which the general public does not know or would not understand, namely that any form of Brexit has negative consequences.

For the elitists, consequence does not exist

For someone from the Bullingdon Club, an elitist clique which is famed for trashing dining venues then getting Daddy to pay the following morning, oh a jolly little jape, eh what?, consequence is a notion which can be shaped, deformed or cancelled, it's just a question of how much.

Therefore to deride Parliament for blocking his Quixotesque schemes, refusing to rule out a no-deal Brexit even though this has been blocked by law, Boris Johnson is setting a very bad example for his people and is personally responsible for dragging the image of his country through the mud. In just a few weeks, nobody has ever done so much damage to his own nation in such a short space of time than the current Prime Minister of the United Kingdom.

He knows very well that any form of Brexit is bad news, he knows very well that a no-deal Brexit would be an economic and social disaster. Of course, for him and his cronies, some of them worth tens of millions of pounds, or more, social consequences are things borne by those who were born to suffer: the plebs. One of them is reported to have actually said "Well the people can manage their portfolios to overcome any difficulties, what?" or some such nonsense. Most people would not know what a portfolio was even if it hit them on the ear.

As the leader of the Opposition, Jeremy Corbin, said, Boris Johnson should not take himself too seriously. Theresa May, however inept a politician, was at least respected in Europe for trying. Boris Johnson is not respected in Europe and is referred to in many corridors at every level, as "That *******!". Fill in the gaps but what other word is there to describe someone who is willfully taking his country on a Bullingdon spree and to hell with the consequences, only this time Daddy won't pay. Rather than hating Johnson for his one-way trip to Hell, those in Europe are seriously worried about the social consequences of his recklessness, consequences which the British population will bear the brunt of (well, England and Wales, because Scotland will soon be out of the Union).

Johnson has lost any respect he might have had in the House of Commons, which is the representative of the people, he has lost any respect he might have gained in Europe through his sheer arrogance and idiotic plans for the future of the UK and in the rest of the world he is considered as some kind of political freak show. In fact, people in positions of responsibility are tuning in to their televisions every morning waiting for the latest snippets about "Boris" to then curl up giggling and referring to the British soap opera.

Everyone knows that the UK is part of Europe, always has been, the British genetic make-up is one and the same as the Parisii, the Belgae, the Celts, the Germans, the Scandinavians, the Normans, Romans and everyone else who constitutes the DNA of the British. Everyone knows that at a time of global and large trading blocks, nobody tries to go it alone because it simply cannot work. Everyone remembers English and British history has been interwoven with networks in Europe with Portugal, Flanders, Russia and many others. Bede writes that when the English needed help they went crawling to Rome. Europe has saved the UK's skin time and time again and what is written on the thank-you note?

The Brits and the crumbs

Countries will do their trade with the EU block first and throw crumbs to the Brits, who will be hammering on the door, outside the party, without any say in the procedings, out in the cold, wallowing in the dregs thrown over them by the USA along with dodgy foodstuffs and the rest. Nobody is lining up to do trade with the UK for the same reason that when you are ill you go to a reputable, sensible doctor and not some quack living in a hut with skulls hanging from lengths of string above the doorway.

British Small and Medium Enterprises cannot, by simple arithmetic, thrive when their margins are squeezed by higher importation and exportation prices which are the inevitable consequence of leaving the club you trade with for free then paying to get access to its markets. The Treasury cannot promise social improvement programs when it will have to dole out enormous quantities of social benefit to the newly unemployed, and as Europe moves forward, the networking which British people enjoy today will close and once again the way out for the Brits will be to get on a ship for Australia, Canada or New Zealand. Only those countries have moved on. Australia is today an Asian country, New Zealand is a Pacific country and Canada has more links to the US than the UK.

The British backside, the target for a carrot or a stick

Boris Johnson and his Brexiteer clique of elitists have destroyed the psyche of the United Kingdom, have created a fog so thick that the nation does not know where it is going, cannot find its identity, has its head stuck in the sand and its defenceless backside pointing up in the air, the target for a carrot or stick. This group of elitists will not be affected and will not hold itself accountable, neither will they be held accountable by the people of the UK.

The UK will break up into the set of micro-states it has always threatened to become, indeed many county borders are based to the centimetre on ancient kingdoms even with the same name: Sussex (South Saxons), Middlesex (Middle Saxons), Essex (East Saxons) etc. The people will "get on with it" as they see the futures of their children sold down the drain because they were gullible enough to swallow the lies of the Leave campaign in a referendum whose result was never binding. The population is lost, spineless, badly informed and powerless to stop a handful of idiots destroying the future of the country and sell their children's dreams down the sewer.

If a second referendum were held, the Remain vote would win by 73% to 27% because young people want a future, people understand that the 350 million quid a week was a shitfaced lie and that the UK is part of Europe, not some Atlantis stuck in the middle of nowhere derided as a nationalist craphouse by the rest of the world.

Like anyone else who went against the grain, like any soccer player who thinks he's larger than the club, like anyone who plays games with serious Institutions, Boris Johnson's jolly japes will see him humiliated, outcast and if he is not careful, in prison. Casting the notion that the highest court in his land was wrong and he was right casts aspertions on the notion that he is balanced, able-minded and responsible to hold his job. His political epitaph in the history book will be a very pathetic one-liner.

Let's be honest, these days you do not need to go to a circus to see a clown, albeit one not even fit for the job. So if Boris Johnson stays on in his position for a while yet, many are those who will happily tune in to start their day glggling at his expense and at the expense of the country whose image he has almost single-handedly destroyed.

Give him a bottle of port someone and a girly magazine.