Kashmir and India’s centre of gravity

The Union of India's ostensible Centre of Gravity (COG), its Unity, is under direct threat by multiple forces; the two most critical ones being the brazen imposition of the divisive, fascist, supremacist and racist Hindutva ideology by the present Modi Government and the plethora of separatist/independence movements raging within. Its importance in a multiracial, multi-ethnic, multireligious, multilingual conglomerate of vastly distinct nationalities cannot be overstated. 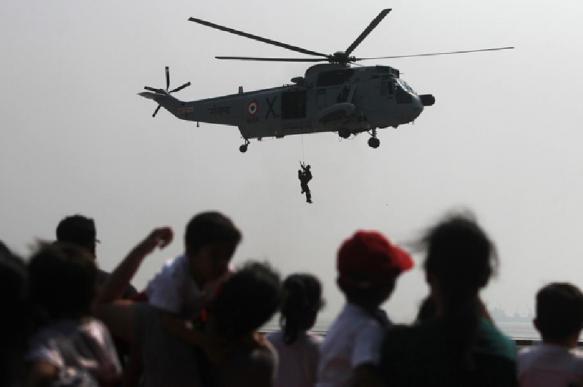 The COG is generally defined as the source of power that provides a nation or its militaries the moral or physical strength, freedom of action and/or will to act. In other words, it is the source of all strength. A nation's COG is determined by considering whether destroying, neutralizing or substantially weakening or degrading it will create a "ripple or cascading effect" resulting in the progressive deterioration of its morale, cohesion and will to fight and thereby prevent it from accomplishing its objectives.(Wikipedia).

India's apparent COG could thus be converted into a critical vulnerability too; there are fissures within the Union as many states/peoples seek independence. Furthermore, this critical vulnerability can morph into a fatal vulnerability when attacked and destroyed from within; deliberately or by default. The RSS-BJP-Modi Government is doing exactly this while fanatically implementing its divisive and contentious RSS-Hindutva ideology.

Hindutva is the guiding ideology of the Sangh Parivaar with which the RSS, BJP, Bajrang Dal, VHP and Shiv Sena are closely associated. It has been defined as a majoritarian political ideology and far right ethnonationalist movement that uses religion as a justification for atrocities against all non-Hindus, including Muslims, Dalits (the Untouchables), Christians, Sikhs, Ravidassias, Buddhists etc. It uses the claim to faith to distract from its economic agenda to concentrate power and resources in the hands of the upper oppressor castes. (Alliance for Justice and Accountability, Wikipedia).

The original paradigms of erstwhile India's union are crumbling under the weight of PM Modi's (mis)rule. A massive shift is already underway with divisions on religious, ethnic and linguistic fault lines emerging emphatically. PM Modi wants to forcefully redefine the paradigms that will henceforth determine the contours of the Indian society and lay down a new order of precedence within it. Hindutva does not seek equality amongst Indians but instead intends to install a system whereby all non-Hindus are to be subservient to a domineering, exclusive class of Upper Caste Hindus within a Hindu Rashtra-Akhand Bharat milieu. In effect, the Hindu caste system is being gradually spread to bring all non-Hindu Indians into its diabolical web and subject them to its "pre-ordained albeit inhuman-inhumane social pecking order" too! These divisive efforts will further alienate all non-Hindus including the Dalits and the saner elements in the Indian body politic and society. In conformity with the RSS-Hindutva ideology, the division of the Indian society into dominant Hindu and subservient non-Hindu factions appears ominously imminent!

Historically, the fragmentation and disintegration of large empires (the British Empire, for one) and large unwieldy countries (USSR, Yugoslavia, etc) has always started at their fringes, far away from the centres of power and Government. India's other critical vulnerability stems forth from its geographical extremes, too. There are a number of states/nationalities within the Union of India that seek independence from it. The major ones with proactive freedom movements are IOJ&K, (now ostensibly a Union Territory), Punjab-Khalistan (Referendum 2020!), both in the West-Northwest, the Seven Sister States in the North East and all those in the Red Corridor (eleven states) along the Eastern fringe of India. It thus becomes imperative for India to ensure that no one state, least of all Kashmir, breaks away from the Union as that would initiate that "ripple-cascading effect" which will give an unstoppable impetus to the other independence movements. That will generate critical existentialist threats to the Indian Union. That explains India's brutal, ruthless and relentless state terrorism against all these independence movements, especially in IOJ&K where eight million Kashmiris are forcibly incarcerated, incommunicado, by about a million Indian soldiers!

India's perceptible COG, its Unity, is thus under threat from these two (amongst others) centrifugal forces; they threaten to rip and rend its Unity, its national cohesiveness apart. The strategic implications (ripple-cascading effects) of this will be colossal, nay decisive on the preservation of the Union of India. Its consequential ramifications will recast regional and global power politics, anew.

Kashmir's geostrategic and geopolitical importance is epitomized by the clash of the vital interests of three nuclear powers, (China included) there. The UN/UNSC/international community realize the strategic connotations of this most sensitive global nuclear flashpoint and counsel its peaceful resolution. However, by abrogating constitutional Articles 370 and 35A PM Modi has virtually invalidated the Simla Agreement and the Lahore Declaration and foreclosed all bilateralism on the issue. The only sane and plausible recourse, short of (nuclear) war, is the implementation of UNSC Resolutions on Kashmir, meaning thereby a Plebiscite there. If the Muslim majority Kashmiris opt for Pakistan, as they most likely will, that will trigger that fearsome "ripple-cascading effect", causing all the other states seeking independence from India to justifiably claim similar Rights to Self Determination. The Indians cannot afford this. Kashmir thus emerges as the trigger to events that could potentially unravel the Union of India. PM Modi has ventured into a virtual geopolitical minefield by his strategic faux pas in Indian Occupied Jammu & Kashmir (IOJ&K) and is predictably unsure of his next step. He is in a no-win situation. Maintaining status quo or bludgeoning the Kashmiris into submission are both unviable options.

Thus, an RSS inspired, polarized and discriminating socio-politico system and the numerous proactive independence movements will encourage many more disruptive centrifugal forces. Together, they will make the Indian Union potentially untenable. India must resolve the IOJ&K issue peacefully and under the UN/UNSC Resolutions, else it will remain hopelessly fixed and fixated upon nuclear Pakistan, and unable to reach its potential at the regional/extra regional levels. There is no other plausible alternative.

Or does PM Modi, in his wisdom believe, erroneously, that he has already brought the Kashmir issue to a possible closure and dealt the Kashmiris, Pakistan and the UN/UNSC/international community a fait accompli?