Kurds and ethnic cleansing – no countries for Western men

Currently the latest Great Scramble is on in the Middle East. Land and resources are being carved up yet again though mercifully this time without any participation of the United States. 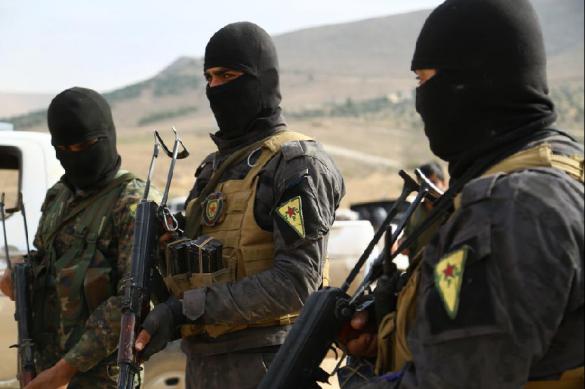 President Trump surprisingly (even astonishingly) kept his word about getting America out of this tribal squabble long enough for Turkey to make its move against the Kurds whom they regard as terrorists.

It is far beyond the scope of this review to delve into the history of the Kurds though there are a few minor details to be made about these gentlefolk before turning to fields further West.

One, the Turks (for whom this writer has little to zero empathy) consider the Kurds to be terrorists. As the Kurds routinely carry out attacks on them this view is not unwarranted.

Two, the Kurds have a pretty interesting history if one considers committing genocide goodtime fun. They played an enormous role in what most refer to as The Armenian Genocide. Basically, when the Turks wanted to massacre Armenian Christians they promised the Kurds the property of whomsoever they killed. The little dears went on to obliterate between 700,000 and 1.5 million.

Three, the Kurds have been whining for American help for decades. They always whine. It seems to be the main occupation of Kurds. Wanting your own country is understandable (as seen below), but begging for someone else to build it for you for the better part of a half century is just annoying.

Four, during Soviet times the Kurds and the Yazidis were registered as separate ethnicities. Even so, they comingled and are often considered a united entity though having distinct aspects. So who are the Yazidis you ask? Devil worshipers. Seriously, they worship the Devil himself. While not a proponent of ethnic cleansing, to the extent it happens to anyone, these are among the least sympathetic of victims.

So this is who American media tears are spent on when its halfwits lament the Kurds and their Yazidi chums - genocidal terrorists and Devil worshippers.

Strangely, at precisely the same time a few thousand Kurds have to put their incessant complaining on hold for a few days to accommodate Media Martyrdom, there are other far worse crimes being committed which are met with complete journalistic silence.

FACT: In 1960 Berlin, Germany was 90% Traditional German. By 2010 Berlin, Germany was 30% foreign born. (This does NOT include the multi-millions of Muslim invaders since 2013 which are predicted to increase among the ethnically replaced German population from 6% to nearly 20% of the total in coming years.)

Recently, Turkish President Erdogan threatened the nations of Europe if they interfered with his machinations he would flood them with millions more refugees than those previously foisted on the Continent. Per usual, the callow European reply was hand-wringing in the extremis - and nothing else.

Observant readers might have noticed Moscow was not listed in the above Roll Call of Shame. Without any evidence of it, this correspondent strongly supposes Erdogan at some point tried the same antics with the Kremlin to which Putin probably said something along the lines...

"Da, you could send millions of your refugees to us through Georgia. Yet Comrade, please explain how will they traverse the Radioactive Zone after we obliterate Constantinople with our atomic bombs?"

Upon which, the sly Turkish Tyrant turned his shifty eyes toward Merkel - all too eager to betray her own People.

Parting Shot from a Media Moron

Of all the ludicrous examples of American newsreader nonsense there is (as is often the case) none more idiotic than Soledad O'Brien.

For those not familiar with the former CNN anchor, O'Brien has made a quasi-career, in-between her frequent firings, as a pseudo-Latina always ready to excoriate Traditional Americans for...well, building the country she is so desperate to have her cohorts colonize.

(Fun Fact: Soledad does not actually speak Spanish herself, that level of heavy-lifting being too far outside the intellectual abilities of one of America's foremost Latinx propagandists.)

On October 17, 2019, O'Brien was eager to raise an outcry of lament for her tender Kurds. She wrote in part, "Now that the ethnic cleansing (sic) of the Kurds is underway - has anyone checked on the White College Educated Women who voted for Trump?"

As can be seen from the preceding, Soledad, I checked on them - they, and tens of millions of other Westerners, have been actually ethnically cleansed by those who flee cesspits in search of anywhere others created the Civilization that lesser "culture" is incapable of replicating.

Talk about your Devil worshippers.