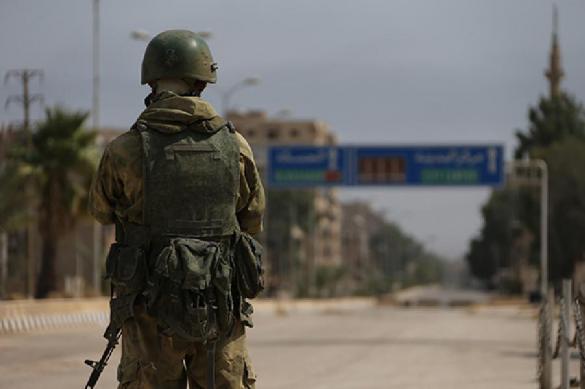 Several times threatened, the direct Turkish intervention in the Syrian war materialized last October 9 under the misleading name of "Source of Peace", with the aim of striking Kurds who, hostile to Ankara, found refuge in the cross-border border between Syria and Turkey.

And Recep Tayyip Erdoğan's Turkey has never been a stranger to the sufferings of the Syrian people, being indeed one of the main causes due to the unconditional support offered by Istanbul to the American plans to destroy the Syrian Arab Republic. It is across the Turkish-Syrian border that jihadist militiamen, weapons and logistical support poured into Syria and, from the occupied Syrian territories, in a reverse direction, Syrian oil, machine tools from occupied industrial districts, agricultural products and works of art belonging to the history of the Syrian people, have gone.

The Russian intervention put an end to this bonanza of looting but it was only after the failed American coup attempt in 2016 that relations between Moscow and Ankara underwent a first timid rapprochement, allowing people to hope for a turnaround, positive albeit far, of the Syrian tragedy.

According to Thierry Meyssan [1], the ongoing Turkish intervention was agreed with all the parties involved: Syrians, Russians and Iranians but also with the America of the Trump presidency seeking a way out of the Syrian quagmire.

After Donald Trump's election, I interviewed Matteo Carnieletto of Occhi della Guerra / InsideOver [2], an Italian journalist and geopolitical expert. I return with him now, three years later, to try once more to understand the Syrian situation.

1) Our first interview dates back to December 2016, shortly after the start of the Russian intervention in Syria. Can you remind to the readers in what condition Syria was then?

A) I was in Syria at that time, to interview Bashar al Assad. At that time, the situation was deeply different from what it is today. The regime was not yet so sure of winning, the rebels, especially the Army of Islam, still occupied the Ghouta and the ISIS was still feared. In three years, the situation has changed radically. Assad - thanks to Russians, Iranians and Hezbollah - has managed to recover most of Syria. ISIS has practically disappeared, as has the dream of autonomy for the Kurds.

2) Many hoped that Trump's arrival at the White House would accelerate the end of both the war and the US Middle East plan but the reality was different. In your opinion, for what reasons?

A) I do not agree with this reading: I believe that Trump's choice is a real turning point in American foreign policy. The American president barks, but does not bite. He promises wars, but he does not. On the contrary: if we look at what happened with North Korea or Turkey, Trump has always played the role of mediator. The USA cannot leave the Middle East: they are a power and cannot abdicate their role as a blank point. Such a action would represent a devastating change of balance.

3) What is now the situation on the field in Syria?

A) Excellent for Damascus, bad for those who, in recent years, have fomented the war. The regime has now won and the rebels are barricaded in Idlib province, which is now hammered daily by Russian and Syrian fighters.

4 The Kurdish issue dates back to the end of the Ottoman Empire in 1920, with the first solemn promises to the Kurds of an independent State. None of this has ever happened: can we think of it as a problem without a solution?

A) An independent Kurdish state is impossible today. What the Kurds can hope for is to get more autonomy, as happened in Iraq, but in Syria, the road is almost uphill...

5) President Trump wrote to his counterpart Erdoğan shortly after the start of Turkish military operations in Syria, an official letter but far from the usual diplomatic practice. What is Erdoğan looking for in Syria?

A) Erdogan tries to get out of this conflict as a winner and I believe he will make it in the end. The Raʾīs in these years has been able to recycle itself several times, first favoring the terrorists, then approaching the Russians and, finally, again using the terrorists to do the dirty work in Syria and take shreds of this country.

6) Is Erdoğan doing part of the dirty work for Trump, to accelerate the end of the war and obtain even a minimal territorial concession?

A) I don't know if there was a real agreement between the two. What is sure is that today both Trump and Erdogan have achieved their goals: the first is bringing American soldiers home as he had promised (even though around 200 men will remain to guard the oil wells east of the Euphrates) and Erdogan has the Kurdish problem solved and, soon, it will send over 2 million refugees back to Syria. Agreement or not, the two are now gloating.

7) The French took care to bomb the large Lafarge cement plant in Jalabiyeh, under their control since the beginning of the war. Is Paris deleting the traces of its responsibilities?

A) On this, I let Monsignor Hindo speak, whom in an interview three or four years ago complained about the French Foreign Minister asking him for advice and then doing something else. France from the beginning has been on the side of the rebels and, in order to pursue its own interests, it would also have done business with the Caliphate, as shown by the case of the Lafarge cement plant.

8) What future for the thousands of jihadists who come out more and more defeated by the Syrian conflict?

A) We must first distinguish between foreign fighters and local jihadists. For the latter the future is already marked and it is quite dark. As for the foreign fighters, there are a thousand questions: will the native countries take them back or will they let the Kurds and the government do the dirty work? Should we think about rehabilitation paths for them? What to do with the "puppies of the Caliphate", or children born under the Islamic State? These questions are essential because - depending on how the terrorists are treated - tomorrow's scenarios will be shaped.