Bolivia: A Color Revolution Leading to a Civil War

Bolivia: A Color Revolution Leading to a Civil War 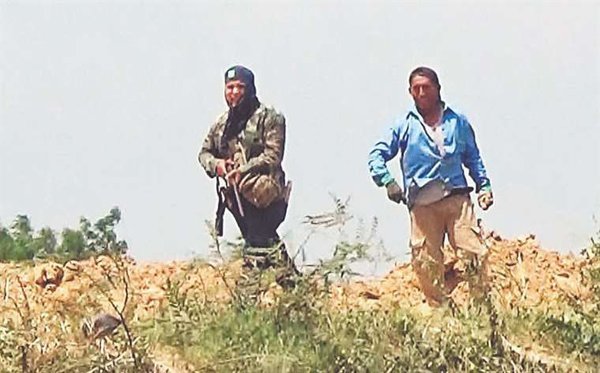 Opposition protesters taking to Bolivia's streets are, in general, from middle and high classes. They act based on the mainstream media's manipulation, and the elite's discrimination and economic interests. Bolivia has been flooded by spies, for several years - much likely, CIA assets.

On the other side, there are in the South American country former Evo Morales' voters frustrated with the current president: they mostly voted for Carlos Mesa or Senator Oscar Ortiz, in October 20 presidential elections.

They are all unanimous in pointing out their indignation at Evo Morales' candidacy for the fourth time. In 2016, he lost a referendum (full of lies by the U.S.-backed-opposition, and a media war against him) seeking to lift term limits. Bolivia's Constitutional Court subsequently ruled that the decision violated candidates' human rights, so he could stand for another term. Which has been drawing deep angry amongst the Bolivian people. Though their real matter is not democracy itself.

Many current problems in Bolivia, are old. They used to be even worse than today, with the current government. But corruption is still a grave problem, including in the Justice system controlled by the official party. Public health and education are disastrous.

Recently, so very late President Morales has implemented a free and universal health system, which hardly works due to lack of conditions such as lack of medical materials. But there is hope. Never any Bolivian president implemented something like that.

The Morales administration has reduced Bolivia's dependence on the World Bank and International Monetary Fund and got some practical outcomes to the people, never reached in history: a minimum wage real increase, workers' and original people's rights, are some of the gains.

The country is far from living a revolution as many have said, a fact recently recognized by Eugenia Claros, a local analyst pro-Evo Morales who is an editor at Vision Z paper. A Change Process, as said in the country by Morales and his supporters, can be arguable. The truth is that with Evo Morales there is hope to Bolivia like with no other Bolivian politician today.

Morales' opponents have said they started, early this week, to oblige more people including government employees, to join the protests. "It is good for them, it is good for the Bolivian democracy," said a Mesa voter to this reporter last Sunday evening.

Most of the people in Santa Cruz de la Sierra, Bolivia's largest and richest city, say they want things to end up in violence out of control - a civil war: "We cannot lose this opportunity to overthrow this president." To one of them, this author said about Mesa's past, and lack of project to the country. "Mesa can be overthrown more easily [than Morales] later." An excuse for being advocating really nothing these dark days in the South American nation. Terrifying days heated day by day by the mainstream media - papers, magazines, TVs and radio stations.

Surely, if Mesa or any other Morales' opponent takes power in Bolivia, most of the current popular claims will melt into air, and Bolivia will be back to the "normal" day by day life: a total subservience to the Washington regime, Uncle Sam's backyard again. That is behind the scenes in Bolivia.

In these almost two weeks of civil strikes all over the country, the opposition has had a peaceful discourse, and in many cases in their behavior, too. Everything, no more than apparently. That is not really the massive strike's spirit all over Bolivia, which day by day, many times in a hidden way, has shown its true face.

A piece of evidence lays on the opposition protesters' expectancies that everything leads to a bloody confrontation, to them the only measure able to overthrow Bolivia's first indigenous president as many families and students declare at nice and peaceful squares these days, sometimes laughing.

They do not care about democracy, though the mass strike's official discourse is pro-democracy: most of them support the worst characters in the politics of Bolivia's history - Carlos Mesa is one of them, who months ago traveled to the United States, from where he came back to Bolivia with 10 million dollars to his presidential campaign - an amount justified by the then-candidate as coming from a kermesses in the Uncle Sam's land.

When President Gonzalo Sanchez de Lozada massacred more than 70 peasants in 2003, having Mesa as his vice-president, many people in Santa Cruz de la Sierra said, "Let these Indians kill themselves."

Bolivia is strongly, sadly divided into Westerners (collas), and Easterners (cambas). Both pejorative titles have been given by the other rival part. In the East, especially in the predominantly white Santa Cruz, they do not feel Bolivian people but Cruceños. This region of the country tried to separate themselves from Bolivia in 2008 (read here, here and here). In Santa Cruz, one sees much more local flags than the national ones. In the West, they are mostly red-skinned people.

On motorcycles, protesters - called by the local mainstream media "the civic people" - are permanently patrolling the Bolivian streets. Not a few, using masks. Others, patrolling cities with big sticks. Masked, too. Not to mention the fire on public institutions in many regions of the country last week, and cities blocked for almost two weeks, which in itself is a kind of violence given the context.

The street blockers play the role of Police, with so much virulence. They check for private cars, which they do not allow, search official cars, and on Thursday (31) a police officer was brutally beaten. It is lacking food all over the country. Many people have no money, anymore.

But last Wednesday the first two civilians were killed in these extremely tense days in Bolivia. The general sense is that they were victims of Morales' voters, or members of the official party. In a repugnant way, they were murdered. Maybe the same guy, with a shotgun and mask, killed the two men in Santa Cruz de la Sierra outskirts. Both were aged 48 and 60. The first one was shot on his face.

The sniper shot unarmed people, as in most cases the masses of protesters are: unarmed. Last Sunday, President Evo Morales has promised to siege the cities at strike across Bolivia. "Empty the cities, stop hurting. If you want unemployment, no problem: we will accompany you with fences in the cities to make us respect, to see if they can put up with it," he said.

A very possible hypothesis, however, is that the shootings that murdered two opposition protesters are a False Flag, an invariable method in color revolutions that seems to happen in Bolivia today.

Movement toward Socialism (official party) supporters, including workers' leaders, threatened last Monday to cut water in La Paz if the protests go on. An absurd, counterproductive, a serious violation of the fundamental human rights.

If Bolivian government supporters are involved in the killings, they would be playing the very game proposed by the local elites. Surely, the scenario plotted by the Washington regime, too, which is behind this Color Revolution in Bolivia.

The reality is that the official party has not much to do, as it is locked in a deep-seated state of corruption and divisions, though their militants and even President Evo Morales try hard not to show it. Citizenship has been built throughout the years. It is not a matter of a will or a decision to be taken. And Bolivia has been too bad at this point.

The local government and the Police have to be very strict with blockers. There should have been international support, but due to a "mystery", countries like Brazil, Argentina, Paraguay, Ecuador, Colombia, and the great powers are not interested in Bolivia nowadays - at least, not in Bolivia's democracy and civilians well-being.

The OAS and international observers are auditing the Bolivian election since last Thursday, but it seems far from resolving the Bolivian dilemma: Mesa and his supporters do not want any more audition nor a runoff, but a new election, without presenting a good reason for that. Many other opponents have said they do not want any of these, but that Evo Morales may be expelled no matter the votes, no matter the means even by extreme violence.

Not a cause for democracy, sure.