Are we ready for democracy?

Are we ready for democracy? 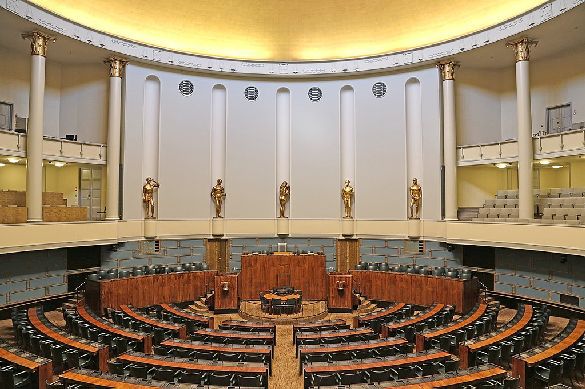 The School of Democracy. It sounds great, does it not? But what is democracy, do we have it, are we ready for it, do our schools educate pupils towards it?

Having covered several elections recently in Brazil, Portugal and the UK, the signals I have been receiving are alarming and by this I mean the attitudes of people on the street and the connection they have with politics. Let me give you some examples:

"I am going to vote for the one with the beard, he looks ever so nice, what's his name?...... What? Oh I am not going to vote for HIM, he's a Communist!!" (Brazil, Presidential Election 2018, neither of the main candidates had a beard, the one who did was the ex-President and neither were Communists).

"I am going to vote for the new guy, that....er....what's his name?...the one that's taking a stand against Parliament because they're a load of ****s. He'll sort them out, send all the foreigners away and give us our jobs back" (Portugal, General Election, 2019)

"I want a candidate that eradicates all diseases, by closing all the hospitals, and finishing all crime by eradicating all the criminals by closing the prisons and sending all the foreigners home by closing the frontiers and not letting anyone in, that's what I want!" (Portugal, General Election 2019).

"I want to exterminate all the indigenous people so we can burn the forest and get that land to sell minerals to the Americans and we can all be rich, that's why I am voting for what's his name?" (Brazil, Presidential Election, 2018).

These are examples chosen from among hundreds of quotes. There are even more primary ones, even more ludicrous ones, even more shocking examples of ignorance and incompetence, ineptitude and seemingly, an incapacity to form a logical opinion based on today's reality. A few are better-founded, such as the following:

Brazil: "I am not going to vote for Bolsonaro because he is the figure-head of something sinister in Brazilian politics, namely the Three Bs, Boi, Bíblia e Bala (Bull, Bible and Bullet), these lobbies which dominate Brazilian society and which PT (Partido dos Trabalhadores, or Workers' Party) has historically tried to block, yet the problem today is the PT itself is seen as part of the endemic corruption in our politics, even if most PT officials are not corrupt and that includes Lula da Silva. He has been framed".

Portugal: "I am going to vote for CDU (Communist Party and Greens Alliance) because it's the only party which works seriously and doesn't care about gaining power, they just want to help people and block mainly the PSD (Social Democrats) and their allies to the right which historically screw up the lives of people in thie country whenever they get power".

UK: "I am going to vote Labour because I do not want Brexit but I understand others do so it's good to hold a second referendum. This is the Brexit election, whatever people say because if Brexit goes ahead there will not be any money available for funding the promises the politicians are making. The Conservative Party has been taken over by a right-wing rump which nobody in this country wants".

Most, however, are reflections, reactions, knee-jerk responses of a Pavlovian nature to inputs on the media, controlling here, goading there. For instance in the UK, the grilling Boris Johnson (the Tory Party leader) has been subjected to, and his floundering reactions, have been blanked out by more than one major media outlet while the embarrassment experienced by his main rivals has been displayed far and wide.

So there is not freedom of the press, of the media, of expression, in the United Kingdom today. Is there anywhere? And are people educated to respond?

Do our education systems produce citizens ready for a democratic exercise of election, choice, based upon reading manifestos and making decisions with their foundations cemented in knowledge, facts? Do our education systems produce adults ready to read and discuss and debate the issues on the table in for instance European Parliamentary elections? Do they know what they are voting for? Do they understand the system? Do they know that their vote for Party A will result in it being a Member of the European Parliament in Block C?

Do people really understand what they are voting for? Or do people vote for the media image (carefully crafted) of ONE candidate in the mass media, who comes across as more powerful, as if this were a leadership contest among candidates from a whoop of gorillas? Or do they just vote for a political color as if it were a soccer team?

If we are to embrace democracy as a reality and respect the word, and the concept, then we need our education systems to produce adults who know what they are doing, who understand the electoral systems and party politics and come out of secondary school (high school) able to perform their duty as democratic citizens practising democracy, making balanced and responsible choices.

How did we get into this state of affairs? In the old days, less than a century ago, when women were deemed by the Establishment as being too hysterical to form an opinion and so were denied the right to vote, the political Left was fighting and winning the major battles: bread on the table, children's rights, women's rights, human rights, universal education, universal healthcare, condensed into the Welfare State. These battles won, there appeared to be a collective sigh of relief and a relegation and delegation of responsibility to a political class living in crystal balls removed from society. As time went on, the detachment became more and more apparent and the people felt more and more distance between them and their political class.

So the mainstream parties feel the pressure. In the USA, Trump, an outsider, won the election of personality politics beating all the Establishment Republican Party candidates; in France, Macron beat all the traditional parties on character and promises; in Brazil, the political center disappeared and Bolsonaro was elected due to the manipulation of the law and fear of rising crime, another populist politician who has done nothing relevant since coming to power. In the UK, something like Johnson and the right-wing rump of the Tory Party are leading the opinion polls. Twenty years ago, nobody in their right mind would have postulated such a possibility. Has the world gone stark raving mad or are our education systems failing us, producing an apolitical population and giving space to populists who rise to power on a wave of euphoria?

Remember Adolf Hitler, not a hundred years ago.