The Myth of a Free Press in America and the West

The dominant fourth estate long ago abandoned journalism the way it's supposed to be - serving the imperial state and monied interests exclusively. 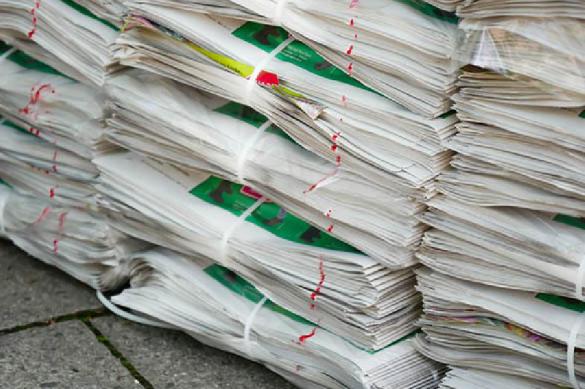 Days earlier, America's leading proliferator of managed news misinformation and disinformation on issues mattering most NYT headlined: "Who Will Tell the Truth About the Free Press?"

Clearly not the self-styled newspaper of record, operating exclusively as a mouthpiece for powerful interests, featuring the official narrative exclusively at the expense of "all the news that's fit to print" - banned in its daily editions on major domestic and geopolitical issues. More on its editorial piece below.

CNN is the most untrustworthy name in television news. Establishment print and electronic media reports in the US and other Western countries are polar opposite how the American Press Institute defines journalism, saying:

It's "the gathering, assessing, creating, and presenting news and information," adding:

Its "characteristics and practices...separate journalism from other forms of communication...mak(ing) it indispensable to democratic societies."

"(J)ournalism provide(s) citizens with the information they need to make the best possible decisions about their lives, their communities, their societies, and their governments."

What passes for the dominant fourth estate in the US replicates how all totalitarian societies operate - controlling the message, suppressing vital information essential for everyone to know about how their government operates at home and abroad.

Since the early 1990s, the Center for Democracy & Technology's PR Watch reported on "spin...disinformation (and) fake news."

The term disinformation may have originated from Soviet Russia's dezinformacija - first used during the early Cold War years.

In the 17th century, Samuel Johnson used the term misinformation in remarks about the king of Prussia.

In 1620, Francis Bacon noted what he called a "confirmation bias" that undermines trust and truth.

A modern translation of philosopher Thomas Brown's Pseudodoxia Epidemica (1646) would be "An Epidemic of Fake News."

The lying machine NYT proliferates the above in daily editions. Since Trump triumphed over media darling Hillary, the Times waged all-out editorial war to delegitimize and demonize him - largely for the wrong reasons, ignoring the most important right ones because the vast majority of the US political establishment shares guilt.

The Times: "The health of democracy, in the United States and around the world depends on" a free press.

Fact: In Western countries and most others, democracy is nonexistent. Nor are free and open major media - notably because the dominant fourth estate is concentrated in few hands.

The "truth about a free press...in the United States and around the world" is it's only available from reliable independent sources - never from establishment ones like the Times and likeminded press agents for wealth, power, and privilege.

Following them assures knowing only what dark forces want people to know - nothing about major domestic and geopolitical issues affecting the public welfare.